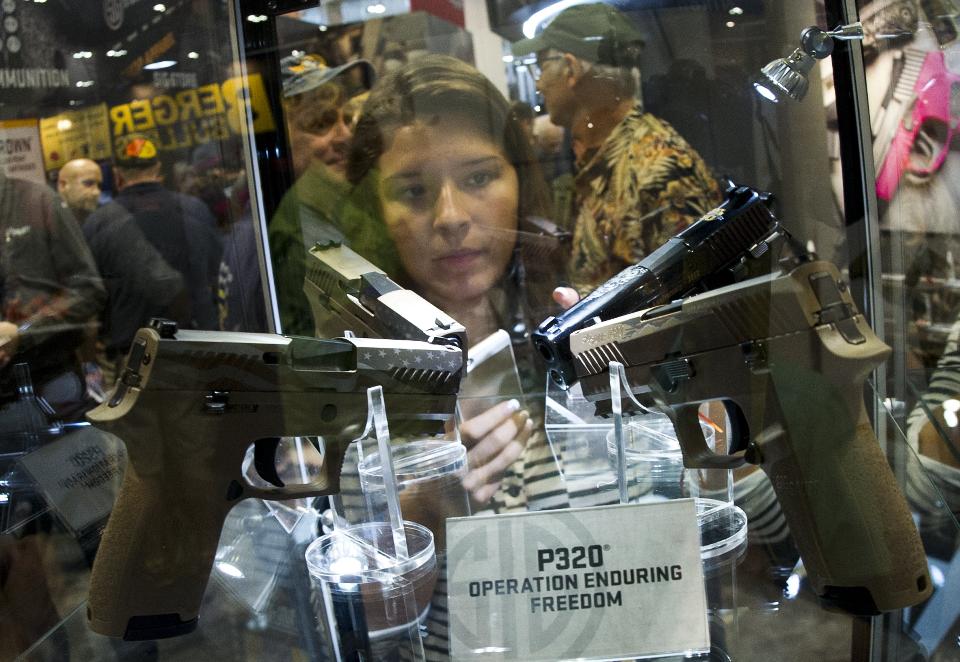 After 30 years of service as the U.S. Army's standard-issue sidearm, Beretta is about to make way for a new generation of pistol. And this generation belongs to Sig Sauer.

Sig Sauer has been selected to have its P320 replace the M9 handgun. According to industry news site Military.com, the 10-year contract for the Sig Sauer is worth $580 million and will include both full-size and compact models.

A search for a replacement handgun for the U.S. army began well over a decade ago amid concerns the service pistol chambered for a 9mm round didn't have enough stopping power. Over twenty companies submitted designs, including American Outdoor Brands, Smith & Wesson, Beretta, Glock and FN America.

Over time, the finalists were whittled down to just a handful, and when Smith & Wesson announced last year that it and partner General Dynamics had been eliminated from contention, its stock took a major hit — even though the gun maker had never included revenues from the proposed Army contract in its guidance.

In December, the army narrowed the field to just two companies, Glock and Sig Sauer. In doing this, the army eliminated rejecting Beretta's new APX platform as a replacement for the M9. Glock submitted its models 17 and 19 for consideration, though the Army ultimately chose the P320.

And while it was believed the Army was looking for a more muscular round than the 9mm, and the P320 can be converted between 9mm, .357SIG, and .40S&W, Military.com says a source revealed the 9mm has been chosen once again.

The announcement of the new contract came at last week's SHOT Show in Las Vegas. It was reported Sig representatives broke out champagne when told, but the way the news broke was apparently a bit unorthodox. Glock first heard it lost when members of the media told them. Glock is expected to appeal the decision because when you also include the ammunition as part of the contract, its value mushrooms to around $1.2 billion.