For now the battle is won. Under pressure from both chambers of the US Congress, the NRA's huge membership, the administration has taken a turn and stopped it's plan to ban a popular and inexpensive ammunition used by the AR-15 rifle. 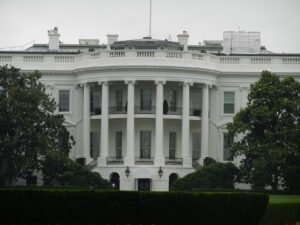 In a statement from the ATF they said:

Although ATF endeavored to create a proposal that reflected a good faith interpretation of the law and balanced the interests of law enforcement, industry, and sportsmen, the vast majority of the comments received to date are critical of the framework, and include issues that deserve further study. Accordingly, ATF will not at this time seek to issue a final framework. After the close of the comment period, ATF will process the comments received, further evaluate the issues raised therein, and provide additional open and transparent process (for example, through additional proposals and opportunities for comment) before proceeding with any framework.

The ATF had proposed banning the ammunition in an effort to protect police claiming that the ammunition could pierce traditional body armor and posed a threat for Law Enforcement who needed that one up against the common citizens on the street.

Law enforcement groups have spoken out against the ban saying that the pistols on the market that can fire such a round are too large to conceal and cost far to much to be used by the everyday criminal. They said they face threats from more standard calibers of handguns.

What's more, that round of ammo isn't used against police, said James Pasco, executive director of the Washington office of the Fraternal Order of Police, the world's largest organization of sworn law enforcement officers, with more than 325,000 members. “It's not something that's necessary at this time,” he told Secrets Tuesday.

This won't be the end of the administration's attempts to impose gun control measures against the American people through the executive powers they control without the need of Congress. For now we have won the battle but the war rages on.