Join Our Newsletter
Shop Our Store
MAIN MENUMAIN MENU
By Craig Martin on December 1, 2016 in National

This week saw a terrifying and vicious attack on the campus of Ohio State University in Columbus, which saw 11 people end up in the hospital after Abdul Razak Ali Artan decided to enact his plan of violence on the student body.

In a tweet that you sent, no doubt as an attempt to send your condolences to those injured you made a grave miscalculation that I don’t know whether to attribute to ignorance or trying, very poorly, to play politics. You stated that the Ohio State attack was another instance of senseless gun violence that befell our nation again.

Deeply saddened by the senseless act of gun violence at Ohio State this morning. Praying for the injured and the entire Buckeye community

The problem with that is that Abdul Razak Ali Artan did not use a firearm during his spree. The students of Ohio State that were injured were hurt due to Ali Artan running his car into a crowd before a quick knife attack began. The only firearm that was used was when officer Alan Horujko shot Ali Artan after one minute of his attack. I don’t know how you classify a firearm in your mind, but the only projectile that the assailant used was an automobile. A device that takes many more steps to earn a license for than a firearm, but in this case, the training did not matter, the weapon of the car was still used to unfortunate effect.

I know that there was a lot of confusion in the wake of the attack, and I can understand a slip of the tongue from someone involved in the incident, but coming from you, and your safety of being a few hundred miles away, one would expect you to be able to differentiate between a firearm and a knife and the effect it had on the victims. If you can’t, here are some differences. 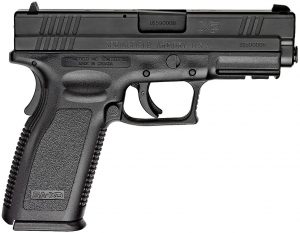 This is a gun. It is a weapon that can be used from a distance, via a highly powered projectile known as a bullet that can penetrate an object that it is fired towards. This was not the weapon used during the Ohio State attacks, due to the fact that the victims were stabbed. Guns cannot stab unless fixed with a bayonet. But really what a bayonet is, is just… 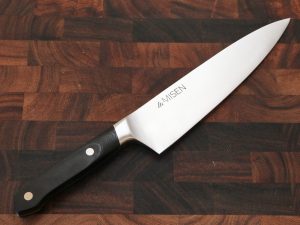 A knife. Like this. The item that was used during the attack. It causes damage by slashing or penetrating using close muscular force by an attacker. Sometimes it can be thrown from a short distance, but only because we can throw it. Not because it is a gun. There is only one time in recorded history in which a knife has been a gun. 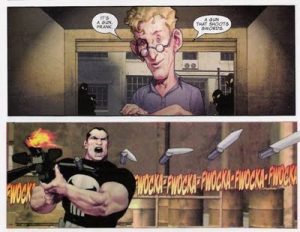 It was used in Marvel’s Punisher comics. But, like your claim that firearms were to blame for the attack on Ohio State University, The Punisher is fiction.

Maybe next time you should take a moment to look into the facts before spouting off rhetoric that could lead to an ill-informed populace blaming something that was not only not the cause of the Ohio State attacks, but the solution thanks to officer Alan Horujko.

After all, we expect our politicians to understand the events and issues they speak on before they do so. If someone went into a debate without learning any of the issues, they would be seen as ill-prepared and uncaring, which is how you came across with your tweet on Monday. You were tweeting as soon as you heard that there was an issue going on on the campus, due to the timestamp, but you didn’t decide to wait and hear that it was not involving a gun. You assumed, and in doing so made yourself the fool in the process.

You and many others have been quick to demonize firearms as opposed to demonizing the criminals who use them to commit harm. Criminals with bad intent are going to be violent with any means they have. Whether it be a car, a knife, a gun, their bare hands, or anything else they can think of. Innocent people need a way to defend themselves from such violence and firearms are a universal equalizer that allows any victim to defend themselves from the threat that these criminals may pose.

Because while in this case Officer Horujko arrived in less than 2 minutes and responded effectively, the average police response time in this country is over 10 minutes for most of the populace… so if this type of injury can occur without the use of firearms by the assailant in under two minutes, what do you expect to happen Mr. Senator, if people have to wait for 10 minutes or more while criminals are having their way with an unarmed population?

Guns are not the problem that you claim them to be, that was made obvious by your tweet. Criminals are the problem, as made obvious by the man who ran down and stabbed 11 people. But maybe you would be more aware of that if you were to actually look at the reports of what happened.

2 Responses to An Open Letter to Senator Tim Kaine