Join Our Newsletter
Shop Our Store
MAIN MENUMAIN MENU
By Matthew Maruster on June 27, 2022 in Law

Last week, the Supreme Court released two monumental legal opinions. In one, SCOTUS affirmed that words in the Bill of Rights actually mean what they mean. In the other, the Court gave power back to the people, and ruled it is not the Court's duty to inject words into the Constitution and make law for all 50 states.

We have already seen impact just in the few days since SCOTUS handed down their decisions. 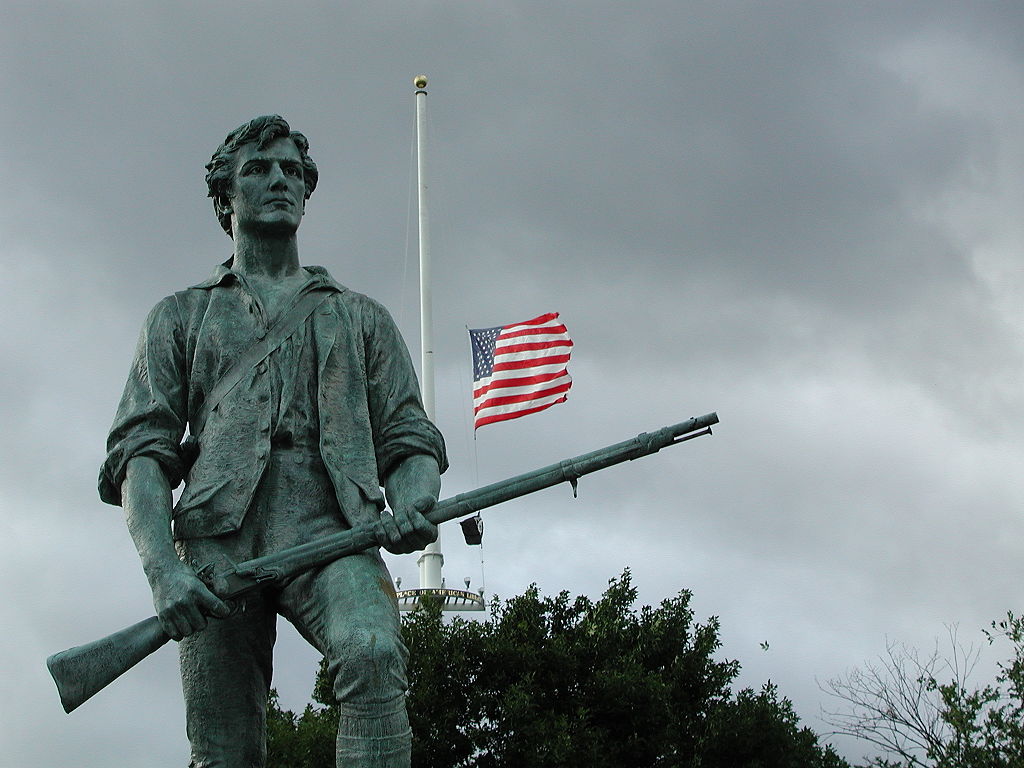 The Supreme Court's decision in New York State Rifle & Pistol Association v. Bruen found that states that required a concealed carry applicant to show a specific need in order to get a license unconstitutional. The ruling affirmed the constitutional right for an individual to carry a gun outside of their home. As a result, two of the 7 “may issue” states which had these arbitrary means tests for a constitutionally protected right, revised their license requirements.

The Attorney's General of two states hostile to the Second Amendment, California and New Jersey issued changes to their respective states' permit process.

Here is the legal alert issued by the California Department of Justice. 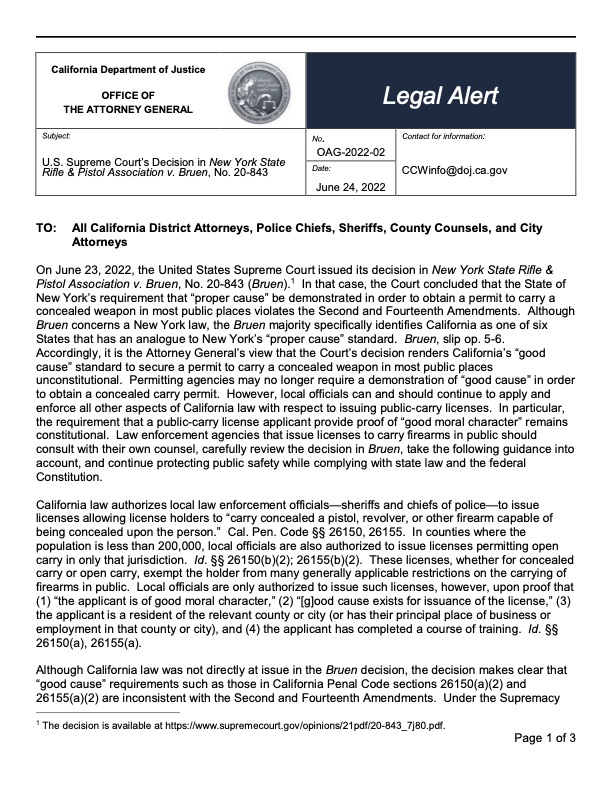 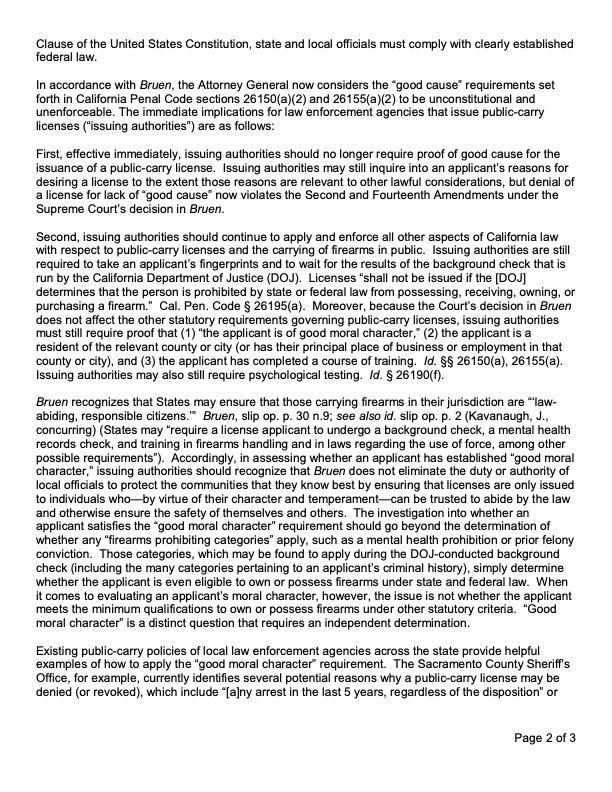 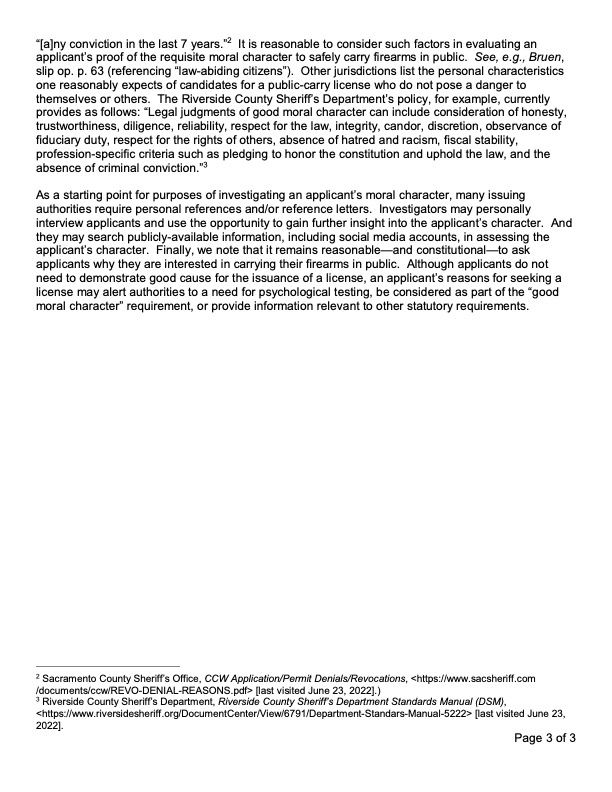 New Jersey is another state which applied unconstitutional restrictions on its residents' requests to carry a firearm. As in California, New Jersey's Attorney General released a Law Enforcement Directive which addresses the changes to the license requirements. 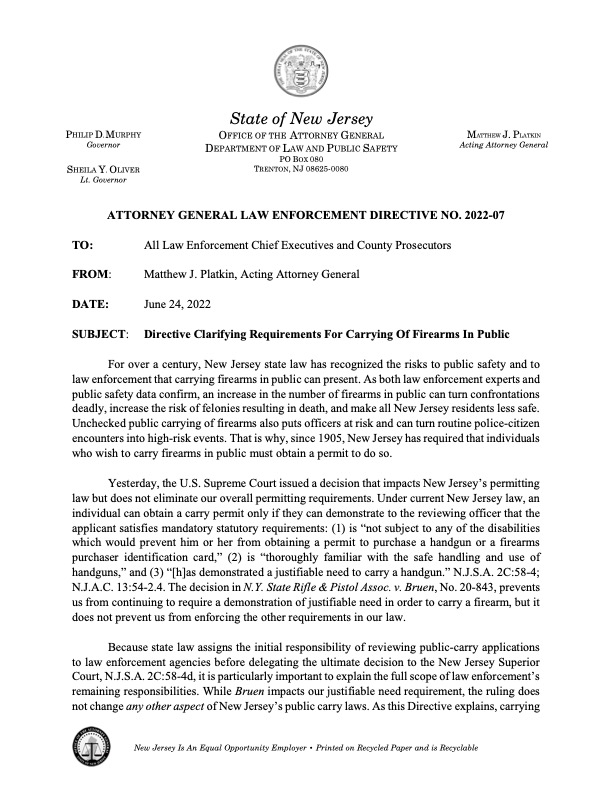 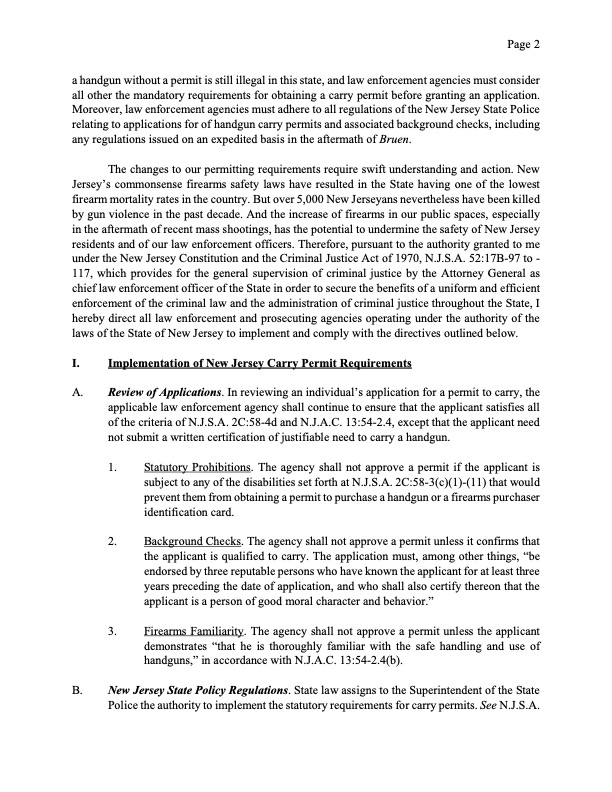 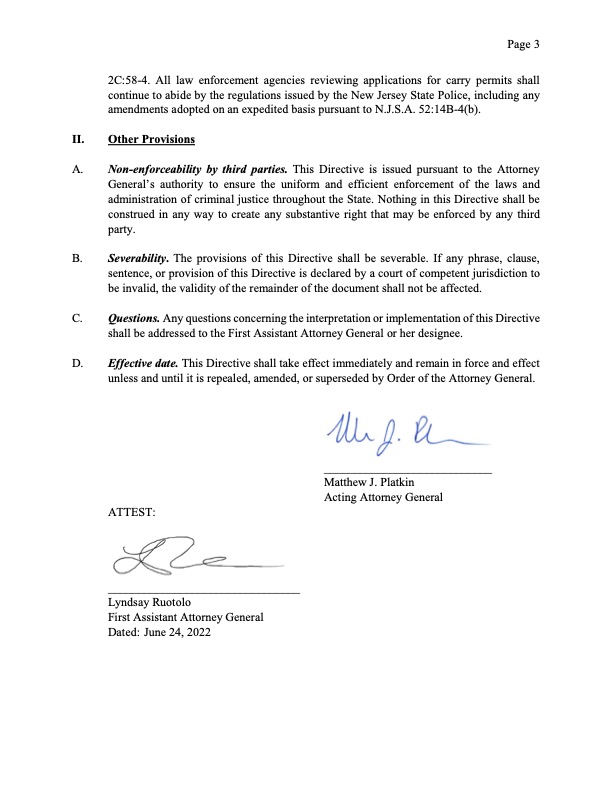 It is my guess that the remaining states, New York, District of Columbia, Hawaii, Maryland, and Massachusetts, will amend their concealed carry license requirements in similar ways. However, I don't think that any of these states will stop there. I expect a counter move by legislatures in these states.

We know that the ‘proper cause' permit requirement does nothing for public safety. People prohibited legally from possessing firearms still can't get a permit. They can, however, still carry a gun concealed, provided they don't get caught. So states added the ‘proper cause' requirements simply to frustrate gun owners and make the process more difficult for the law abiding. With the Supreme Court's ruling that for a constitutionally protected right is only available after a means test as unconstitutional, anti-gun, anti-freedom, law-makers are sure to craft restrictions on their residents' gun rights in other ways.

What do you guys think about the ruling and the response from anti-gun legislatures? Leave a comment below.