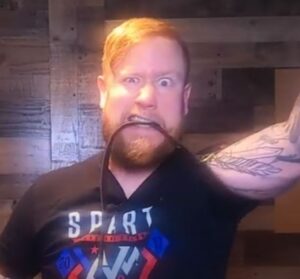 One of the most misunderstood trauma devices is the tourniquet. There is so much misinformation out there that it can actually be dangerous for you to apply one to yourself, or someone else, if you don't know what you're doing. Our sister company Mountain Man Medical has a YouTube channel dedicated to the proper application of not only tourniquets, but other medical gear as well.

The cool thing about this, is that the host of the channel is none other than our resident combat Navy Corpsman, “Doc” Brian. Doc has seen much in the way of trauma and has real-world experience. What follows is a breakdown of some of his tourniquet videos, and just so we're all on the same page, having a tourniquet is a good idea in case you need to stop a major bleed.

Our stance on this is that you're probably more likely to need medical gear than you are a gun. While you should always have your gun on you, it's also a good idea to have some medical gear on you, as well.

Can I use a belt as a tourniquet?

According to Brian, using a belt as a TQ is a crappy idea. For one, the belt might break on you depending on what the belt is made of. But there are a few more problems as well, like being able to apply the tourniquet properly, hurting the already injured person even more, and a few other reasons.

He does a much better job of saying why using a belt to stop a bleed is not good in the following video:

What about other improvised tourniquets, will they work?

According to Brian in the below video, it only takes about two minutes to bleed out from a femoral artery, which means you don't have a lot of time to get the bleed under control.

Therefore, you need to have prior knowledge about how to make an improvised TQ so you can actually make one, or use one of the alternatives he talks about in the below video:

If you need to improvise, do this:

In the previous section, we discussed how improvising your own TQ is a bad idea because, unless you know what you're doing when making one, it likely won't work.

There are times that you may have to improvise one, though. For example, if you run out of real tourniquets working on multiple people or if the one person you are helping has used up all of your real TQs. In this case, you may need to put something together.

The one thing that is an absolute necessity is having a mechanical advantage. Otherwise, you're not only going to NOT stop the bleed, but you can make the bleed worse since you can't get your improvised tourniquet tightened down enough.

Knowing how to improvise a TQ beforehand is necessary, and Brian shows you how in the following video:

This CAT Tourniquet will get you killed:

There are a LOT of bad tourniquets out there that can actually hurt more than they help. If you haven't bought a TQ from a reputable company, chances are excellent that you have a counterfeit.

It has been proven time and again that fake tourniquets, while better for your wallet, will break when the windlass is tightened down. If it breaks, the person you're treating, whether yourself or someone else, could bleed out.

And if they don't break it's because they've stretched out so far that they're ineffective. In the video, Brian puts one of these tourniquets on, cranks it down a bunch of times, and can still feel his pulse because it's a piece of crap.

Here is Brian with more information on these fake tourniquets, as well as how you can tell if you have one of the fakes:

Keep up to date on all that Mountain Man Medical is doing by subscribing to their YouTube channel, here. Also, if you need more information on MMM, or need to buy a medical kit with products sourced by Brian, check out their website, here.

Man Defends Self From Paintball Attack, Thinking It Was A Real Gun
Episode 452: The Value of Visual Stimulus in Defensive Firearm Training