SHOT Show 2020 is officially a wrap. We may have some things trickling down the pipeline for you like podcasts and what not, but for the most part our coverage of SHOT Show is over, as we get ready for the next show, USCCA. I can say that this has been one of the best shows I've ever been to, with tons of ingenuity abounding.

I could tell by walking around the show floor that the people and companies who were there were really trying to please their customer base and stand out from the competition as much as possible. What follows is my “best of SHOT Show 2020,” where I call attention to the companies who stood out to me the most.

Please note, this is my list, not necessarily that of the rest of the company. 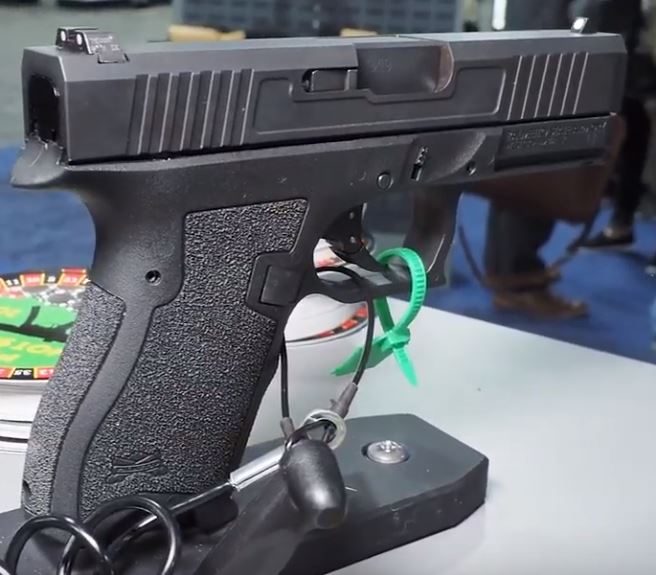 Palmetto State Armory shocked the gun industry this past week at SHOT Show 2020 when they announced their newest to market gun that is sure to shake the entire industry up if it's reliable. They announced their Dagger 9mm carry pistol that's based at least somewhat on the Gen 3 Glock 19.

The MSRP on the baseline model will be under $300, which is a huge deal for anyone who wants a Glock-like pistol but can't afford one, and doesn't want one of the more affordable, maybe not as reliable, alternatives.

I'm listing this gun here because this is a game changer if executed properly. And, if not, I'll be eating my words. 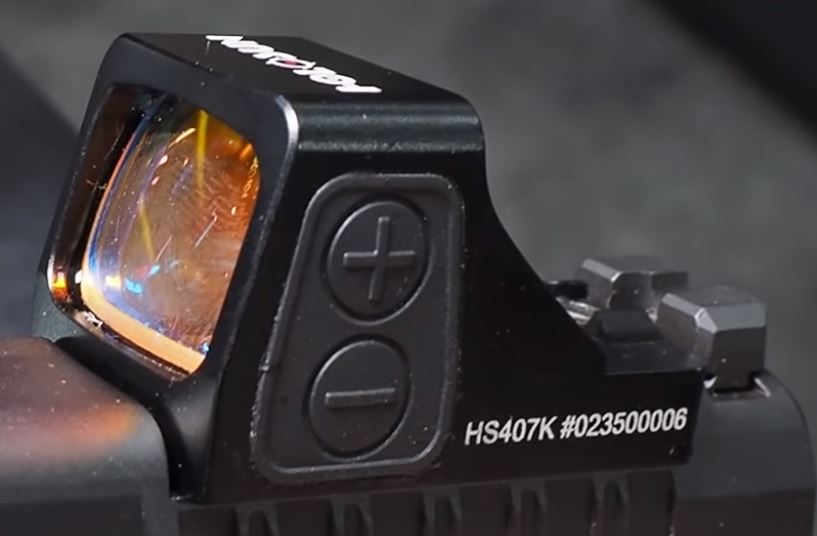 I had the chance to shoot guns with these optics on them while at the range, and can say that these things are nice. Red dot optics are the future for the concealed carry market, and as more gun makers cut their slides to accept them, and more optics manufacturers make the dots, it'll only continue to grow.

This is not a fad, and as someone who has recently made this journey and can say that shooting with a red dot is better for my aging eyes, um … yeah.

So, as far as I know, Diamondback Firearms was not at the rest of the show, only the Range Day before the show started. Still, this thing got a lot of attention that day, and I even went back to shoot it twice. The truth of the matter, is that 5.7X28 is getting a lot of attention these days from many different gun makers.

And, whether you think it's a worthy caliber or not, there is an increasing number of products coming out, to include new Gold Dot self-defense ammo from Speer. The DBX, which is the subject right now, is the perfect backpack or truck gun.

It only weighs 3.5 pounds, is just over one inch wide, and folds down into this tiny little pistol that's also quick to deploy in case the zombies start chomping. This is a winner, in my humble opinion, even with the MSRP at 1,200. It'll likely have a lower street price than that.

1791 Gunleather is one we ran into on the last day, and I'm glad we did. They actually have this new leather holster that has a piece of polymer on the inside that can be re-formed over and over to fit whatever flavor of gun you're carrying that day. The holster is called the Ultra Custom, has an MSRP of $109.99, and will start shipping February 21. 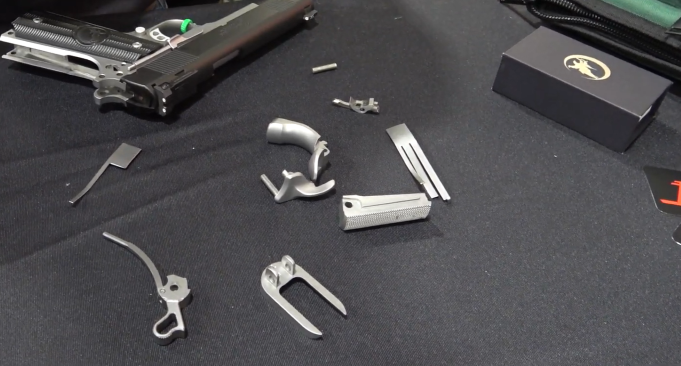 This is one I just happened to find on accident walking around. I've always been fond of Nighthawk's 1911s, but have never been able to shoot one because of a lack of funds. Nighthawk just announced the release of the drop in 1911 trigger pack, which is something that has never been successfully done before.

This thing doesn't replace the trigger itself, but the sear and other components that change the way your trigger feels and breaks. The MSRP is $299.99, and from what I've felt of the trigger I was putting the squeeze on, it's totally worth it if you have a 1911 with a less than perfect trigger.

I'll be getting one of these and sticking it in my Tisas 1911 that has a 17 pound pull on a Series 80 trigger. It'll reduce pull weight to a crisp 4.5 pound pull, even though I'll be stuck with the Series 80 mechanism.

Oh, and in case you were wondering, it doesn't matter which series trigger is in your 1911, it'll reportedly work.

That about does it for my best of SHOT Show 2020 list. What did you see that you liked the most? Let us know in the comments below.