Join Our Newsletter
Shop Our Store
MAIN MENUMAIN MENU
By Joshua Gillem on August 15, 2018 in Gear 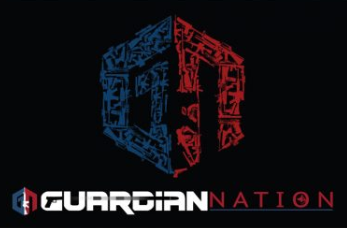 It's August and that can only mean one thing if you're a member of Guardian Nation: It's time for the monthly GN Tactical Gearbox to be sent out. Before we get to the goodies in this quarter's box, let's go over some of the benefits that go along with being a Guardian.

First, obviously, you get the quarterly box. Each tactical gear box comes filled to the brim with goodies that are actually useful and designed to help you either become a better shot, more proficient in self-defense, or help you in some other way like clean your gun.

Each box has a minimum retail value (the worth of the stuff in the box) of $115.00 ($38.45/month). We came up with that specific amount because that's what the membership costs each quarter. If you're good at math, this means that everything else I'm about to tell you is a bonus.

Another bonus, and the one that most of the members rave about each month, is the Guardian Nation Live Broadcast. We literally handpick industry experts, pro-shooters like Rob Leatham, and reality TV stars like Chris Cheng to be on the broadcast, live for you to ask questions.

No joke, you've got no choice but to learn secrets from some of the best minds in the gun industry. I actually took something Rob Leatham said in his broadcast and applied it to get better at the range.

Or, let's say that you've had a skill you've been wanting to learn for a bit, like maneuvering down the stairs with your firearm, we give you access to the skills library that only Guardian Nation members can see. This is content that we spend hours each month creating just so you can benefit from Riley's teaching.

Then again, maybe you're in the market for that new tool. You can take 10% off everything we sell on our website every day of the year. We also have two mega sales each year open only to our members. Our Black Friday and Happy Birthday America sales are where our door busters are up to 80% off retail. Those are sales where we actually lose money because we want you, our members, to be happier than a kid in a cake factory.

The last benefit I'll mention right now because of time constraints is the newest one which is 15% off your USCCA membership. We are not the USCCA, but we are friends with them. They've allowed us to give our Guardian Nation members 15% off. This is huge, because you get it year in and out. As long as you remain a Guardian in good standing you'll get the 15% off discount.

There are other benefits that I'll mention next time. Or, feel free to read up on it here. For now, let's get to the box. Check out this recently filmed video where Jacob and Riley show off the items in the August, 2018 Guardian Nation Gear Box.

What do you think about the stuff in this quarter's box? Personally, I'd like to try out that Newbold Target. You can learn more about how to become a member of Guardian Nation, here. You'll be happy you did.