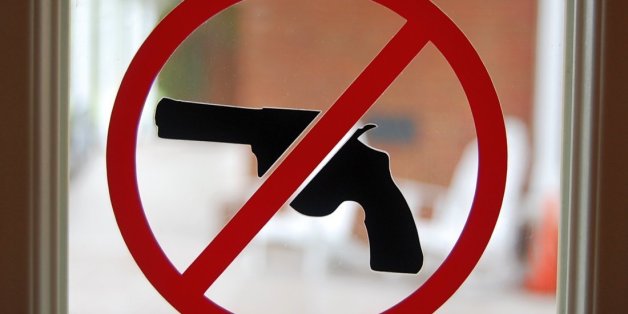 The attack on the Constitution and our Second Amendment continues and we're stuck with no real leadership to guide us out of this mess. The latest attack comes on the heels of back to back mass killings where multiple lives were taken. And, in a knee jerk reaction, the only apparent solution to mass killings like this is to remove property from those who didn't commit the crime.

Also, if you've been in the market for a bullet proof vest, there is no time like the present. Seems as if they're going after vests, next. According to a NY Post article, everyone's favorite anti-gun politician, Chucky, wants to have the FBI regulate body armor. He had this to say about it:

With the click of a mouse, scroll of a thumb, dialing of a phone, someone up to no good can get this. What we have learned is that a good number of those intent on mass shootings buy body armor. They want to kill as many people as possible.

You know who else buys body armor Chuck? People who don't want to get shot by bad guys. In some instances, where it's illegal to carry a firearm where there are no restrictions on wearing body armor, that's the only protection we can have.

So, Chuck and Co. wants to ban or at least heavily regulate firearms and now body armor. This means that if the bad guys are in the middle of shooting up a Walmart that I'm in, not only does he not want me to be able to shoot back, but he doesn't even want me to have body armor on to protect me from bullets.

And, to amp things up even further, red flag laws have more support from people who were supposedly pro-gun and President Trump sent out a Tweet showing just how those red flag laws can be abused.

Would Chris Cuomo be given a Red Flag for his recent rant? Filthy language and a total loss of control. He shouldn’t be allowed to have any weapon. He’s nuts!

I'm not bashing Trump here, and I'm trying to stay as neutral as I can while stating my issues with this tweet.

While most people responding to this tweet are upset that Trump is going after Chris Cuomo in such a way, or breathing in general, I'm more concerned about the abuse of red flag laws. He essentially stated in the tweet that Cuomo shouldn't have a weapon based on something he said out of anger.

Now, don't take what I'm about to say as me defending Cuomo because I would never do such a thing. That guy is a clown.

I don't know about you, but I'm human and say stupid crap out of anger quite often. No, I don't threaten to throw people down the stairs, but I do say dumb stuff. Is saying dumb stuff the line that cannot be crossed as far as firearms are concerned? Who decides?

Is it the neighbor you don't get along with who knows you own guns? Is it your ex who has a vendetta against you? Who makes these calls and what are they based on? If it's something stupid I've said or done without committing a crime, that's not okay. This, ultimately brings me to my final point: Where is our leadership?

The NRA is currently in shambles. They're the group with the most amount of influence and they cannot even seem to keep the good board members from resigning. The latest good board member to resign is pro competitive shooter Julie Golob:

(the article continues after this)

Dear NRA Members, I gave my notice to NRA President Carolyn Meadows, Secretary John Frazer, and Directors that I have resigned my position on the National Rifle Association Board of Directors. My intentions in running as well as serving in this volunteer position are directly aligned with the purposes and objectives of the organization. I am proud to have had the opportunity to represent the members of the National Rifle Association but I can no longer commit to fulfilling the duties of a director. This was not a decision I made lightly. I apologize to those members who have supported me that I will not be completing the full 3-year term. I also feel this is the best decision for me and my family. I wish the director who fills my vacancy and the rest of the board nothing but success. I will absolutely continue to support the NRA’s programs and sports as a proud benefactor member and active participant in the preservation of freedom. Sincerely yours, Julie Golob

What a mess. I don't blame her, personally. I let my membership expire and don't plan to give them any money until they straighten themselves out a bit. To me, that's the only way to fix this. If you can cut the money off from any organization they'll be forced to change their ways. Sadly, there aren't many people who feel that way and still give to them.

The NRA is a mess and there is nobody else stepping up to the plate to lead us. Because of this, and because there isn't as much fear of the NRA as there used to be among politicians, I'm going to predict that red flag laws will sadly be passed.

The body armor thing is a stretch, but more gun control is looming unless we can get our act together and do something. Donald Trump, Lindsey Graham, Dan Crenshaw, and anyone else who supports stupid gun control legislation needs to know that red flag laws are NOT what the people want. We have to make our voices heard before it's too late.

Instead of imposing new restrictions that can be abused, how about we try enforcing the ones already on the books? Imagine if all crimes were actually reported as they should be. This tweet is for NC alone. Imagine what it's like across the entire nation:

NEW: 145,000 people in NC whose criminal records should have kept them from buying a gun weren't even added to the background check database till Dec 2018. And there's no way to know how many of them bought guns. How is that possible? https://t.co/CVNvV417Ap #ncga #ncpol #wral

And yet, while the laws already in place aren't enforced, they want to hit us over the head to restrict those of us who actually follow the law. This is utterly unacceptable. We have to be heard.

We have to block new gun control and enforce the old laws. The old laws work when they are enforced, and the above tweet is an excellent example of how the government can fail if given too much power.

Imagine that for a moment … 145,000 criminals not reported to the background check database in one state until just a few months ago. How many more are there?

What a mess we're in. Raise your voices my friends. Share this article and others with everyone you know. Be heard. And, of course, leave your thoughts in the comments below.

2 Responses to The Attack On Our Second Amendment Continues