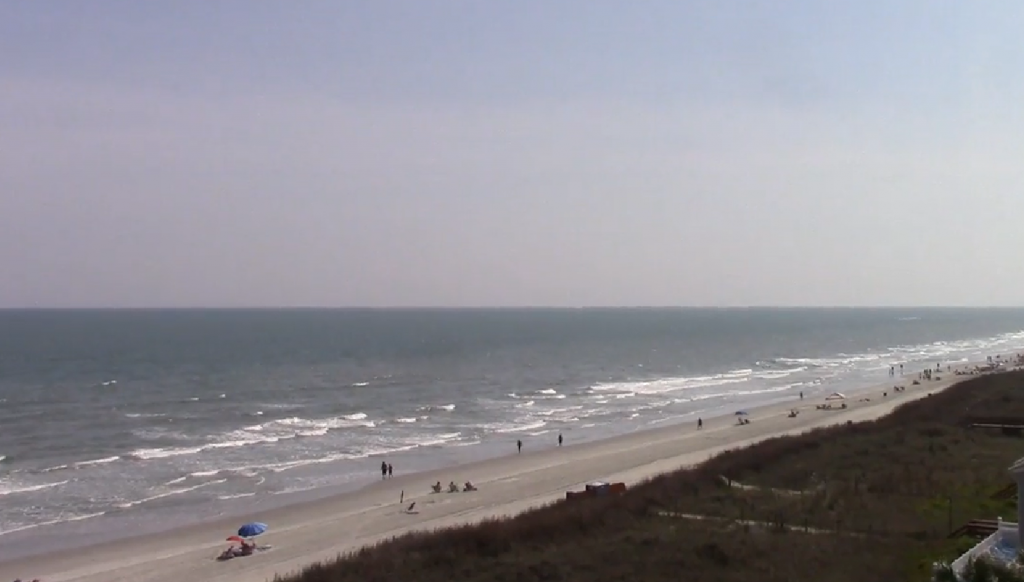 Beach vacation from a couple years ago that was not announced.

We are at the end of April and vacation time is nearly upon us. The kids are about to get out of school for the summer, the heat is about to be turned up to full blast, and the ocean/mountains beckon us with every passing hour of the workday. But, that can cause an issue for those of us who like to keep our friends informed of our every move.

Honestly, this is something that boggles my mind every single time I see one of my flakebook “friends” do it. I have people who actually go away on vacation and announce to everyone they know their entire itinerary. Please understand, that is almost as bad as calling up your local prison and telling some random inmate your plans so they can phone their buddy and tell them a good score about to pop up.

These “friends” of mine clearly don't understand the potential consequences of telling everyone that their house will be open to anyone looking to steal stuff, and/or, their guns.

As someone who works with social media platforms on a regular basis, I can say that this is a bad idea for many reasons. The way some of these social media platforms work, is that while you think something is private because of your settings, anyone may share your post, and if they do, you may have just unknowingly invited a criminal into your home while you're away, to peruse your goods like a flea market.

Only, the form of payment is the 5-finger discount.

Or, let's say that your privacy settings aren't as stellar as they should be, seasoned criminals are able to figure out who is on vacation in their areas based on social media posts.

This issue is amplified when you're a gun owner, even if you lock them up tight in a safe. No safe is completely impenetrable. And if you've announced to the world that you've gone away, the thieves know that they'll have more time to crack it open than they would if you were just out for the evening. Guns are always worth something to someone, even stolen ones.

Therefore, in addition to keeping your guns locked up tight, you need to be safe both before and during your travel plans. Personally, I know the last thing I want is for one of my guns to be stolen and then used in a crime.

I know what I'm about to say may seem to be nothing more than common sense, but since common sense ain't so common these days, I have to say it: You shouldn't just avoid announcing that you're going away on vacation, but also avoid posting pictures or anything while actually away.

Smart criminals will be able to detect that you're gone and do some more research. Trust me when I say that a clever criminal will be able to figure out not only who you are, but where you live. And, with a simple Google search, they can learn more about you than you would ever want them to know.

But, here's the thing, if you post every single day on your chosen social media platform and then stop, that can look fishy, too. Who knows, maybe you've friended some people you don't really know, and maybe they're scoping you out. It could happen. A sudden change in your posting strategy could mean that you're sick, away, etc. Any large change in your posting could be seen as a red flag.

Here's what to do instead.

Don't change. If you constantly complain about Monday morning, guess what? That Monday you are away, complain about it being Monday. If you post what you're having for dinner every night, don't stop. If you like to update your “friends” on the latest, crazy thing your toddler did with the tube of toothpaste, go for it. Don't change because it may make it look suspicious enough for the seasoned bad guy to research more.

Perhaps you think I'm being too careful. That's fine, I don't post it when I go away, because I don't want to chance it. Here's the thing, I feel as thought I can never be too safe. It's safer for us to not announce a trip until we get back home. Once I'm back in the comfort of my own home, the game changes and I have no issue showing people where I've been or what I've been up to.

What about you? Do you have friends who like to tell everyone they know and don't know that they're going away? Do you/have you done this yourself? Let us know in the comments below.