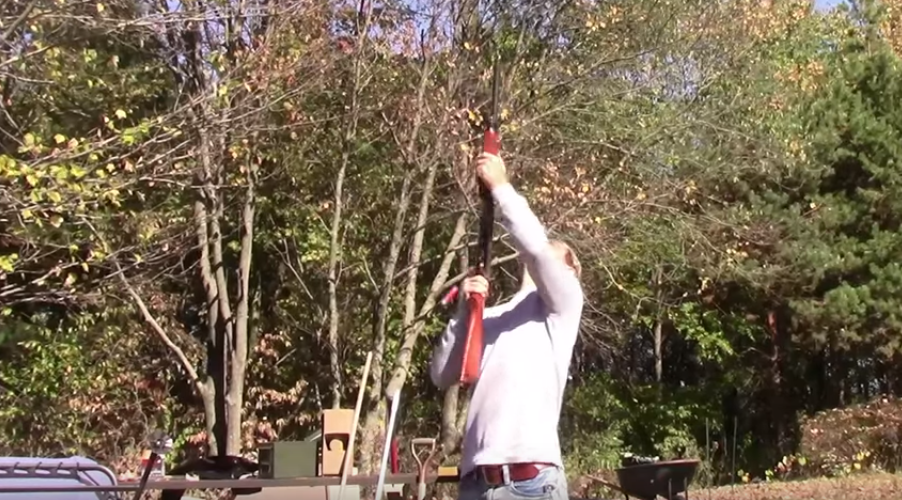 It is almost Christmas day, which means people have already planned their New Year's eve celebrations.

Some people will inevitably make horrifically bad decisions to bring the New Year in. Some of the poor judgment may lead to a bad hangover the next morning. For other people, driving drunk could result in killing someone else or waking up in jail or a hospital bed. So please don't drive after drinking any amount of alcohol.

But since this is a gun website, I'll mention something stupid that gun owners across the world seem to do.

Don't shoot your gun into the air to celebrate the New Year or anything else for that matter. For those readers who need me to substantiate this position, here it is.

Well, the most important reason is safety. You know the basic safety rules, and more specifically for this topic, is to:

identify your target and what's around it, and be prepared for changes

It is impossible to follow this basic rule when you fire indiscriminately into the sky. 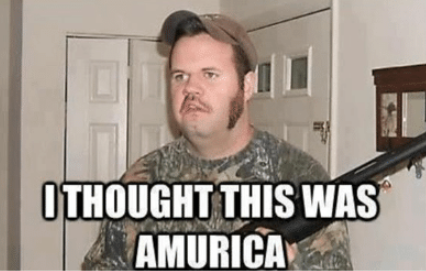 Here's the deal, you have no clue how far your bullet or slug will travel before it makes its way downward. When gravity finally brings that projectile back down to the ground, what will it strike?

Yes, this even applies to people who own hundreds of acres of property.

Do you want to take someone's life or even injure someone? I don't. Here is a story of a boy who was struck by a bullet fired from 2 miles away.

I am not proud to say this, but I used to do some celebratory shooting with my old man when I was a kid.

It was stupid, and I wish I hadn't done it.

If you don't believe me, here is a story of someone who got hit in the head by a projectile that fell back to the ground when someone shot into the air. In other words, while a rare occurrence, it can and does happen.

What goes up must come down. Falling lead may not be moving at muzzle velocity, but it's still enough to inflict death or injury.

Shooting a bullet into the sky can also cause property damage. Although I understand this is far less severe than injury to another human being, it is still worth considering. Cracked car windshields, dented hoods, broken windows, or leaky roofs don't sound like something anyone would want.

Here is a bizarre story about a woman who fired a warning shot and the repercussions from that bad choice.

Don't shoot at big rocks, bodies of standing water, or any hard surfaces at an angle. Why? Because a bullet can ricochet and travel further than you thought possible into an innocent bystander.

I see videos of people shooting standing bodies of water all the time. Perhaps they've never been told or just don't care. However, bullets can skip off the water just like a skipping stone.  How often does it happen? That's hard to say, but some ammo manufacturers put warnings on the back of their boxes.

Look at (6) in this screengrab from the above video:

I just checked several of my boxes, and most of them had that warning. All of those warnings are there for a reason, and if you've never read the back of your ammo boxes, I suggest you do. People could avoid many accidents if more people did.

If you injure someone with your celebratory gunfire, in addition to knowing you harmed someone, you could face criminal and or civil issues. Depending on the specific laws where you live, you could face serious charges, as you should. After all, any reasonable person will find shooting a gun into the sky reckless and negligent. Even if you shot into the ground, it is appropriate to presume the bullet could strike something and cause a ricochet.

So have fun, lot's of fun. Celebrate freedom and anything else that you desire. But again, I urge you to say no celebratory shooting unless you're using blanks. And please, if you're around folks who are shooting guns in an unsafe manner, tell them why what they are doing is wrong.

Have you ever fired your gun into the air or at a body of standing water during a moment of judgment lacking? Let us know in the comments below.

Here is a free course on firearm safety that you can gift to a friend or use as a refresher. The course isn't just a rehashing of the safety rules, but a thorough explanation of them and how they apply in context to handling a firearm on a daily basis off of the range.

4 Responses to Just Say NO To Celebratory Shooting

28:27
Passing on Her Outdoor Passions for the Hunting and Fishing Sports with Kendall Jones
0 views