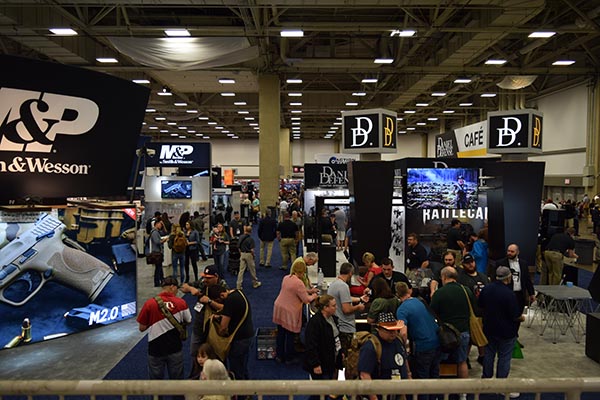 Not a gun show, but the NRAAM

While going to a gun show can be intimidating the first time you go, there are a lot of crazy deals to be had if you know what you're looking for and how to spend your time while there. I've put together this short list of tips for you, so next time you go to the gun show, you'll be prepared to take advantage of as much as you can.

What tips do you have for shopping at a gun show? Have you ever bought from one? Give us any tips you have in the comments below. Also, I'm assuming that you've entered modern times and own a smart phone. If you do have a smart phone and don't have our FREE app, you're missing out. Check it out here:

I can just about guarantee that it's the best one out there and offers tons of stuff that everyone else is charging people for.

2 Responses to 5 Tips To Buying At A Gun Show