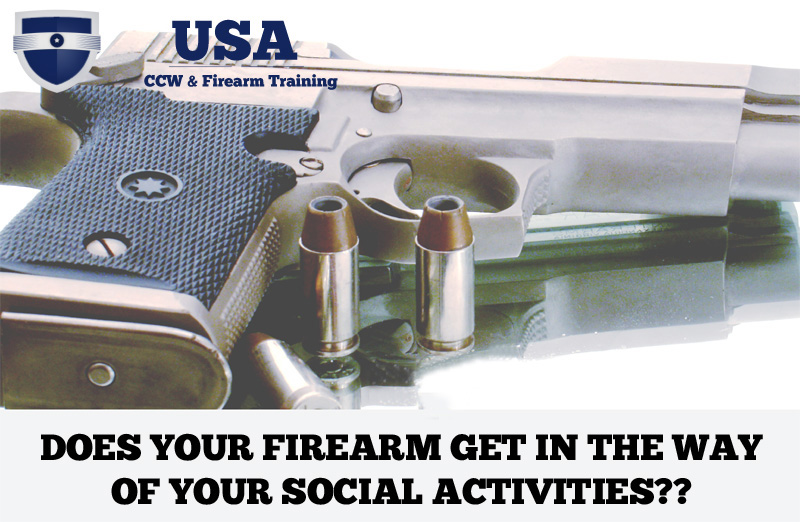 I was a little surprised the first time I heard this from a past student. We teach and believe that there is a hard line with the consumption of alcohol, medication or any other substance that can alter you ability to make good decisions while having direct access to a firearm.  For those of you who spend time at clubs or the bar, or even participate in bowling leagues, poker nights, or other environments where people are expected to throw back a few beers, you may feel like you have to leave your firearm at home more often than you bring it with you. If that sounds familiar please review some of the below ideas that when approached together you can better find a way to be prepared in these circumstances.

Who is the Designated Driver?

Can You Convince Your Friends to Add Range Time to the Activity List?

In addition to the other things you like to do with your friends, maybe you should head to the gun range on occasion. This not only puts you in a position where you know you can bring your gun with you but you also get the benefit of putting in some training hours while you are at it. A trip to the range is probably similar in cost to going to a local club after you consider entrance fees and drinks. This also helps you work together with your friends on your safe gun handling while still having a great time. Consider putting together a team and competing in shooting competitions.

Would it Be So Bad to Not Engage in the Drinking?

I did speak to one former student who told me that they had given up drinking after they got their concealed handgun permit. They felt that the risk of not having their firearm with them was far too high to justify the need to drink, even in social environments. Instead of their friends giving them a hard time for not participating, they were grateful that someone there would be around to help keep them safe.

Most of the places where social drinking is common place are also typical places for dangerous encounters. Bars, restaurants, and clubs are high on the list for venues that host a lot of the very type of situations that would likely make you feel like you need your firearm for self-defense. That doesn't justify carrying the firearm despite your plans to drink, but it does speak to the importance of being able to defend yourself when you are there. Have a game plan and recognize that you are going to have to make a sacrifice. Either sacrifice your ability to respond in a life threatening situation or sacrifice your ability to engage in the activities the way you normally would or that your friends expect you to.