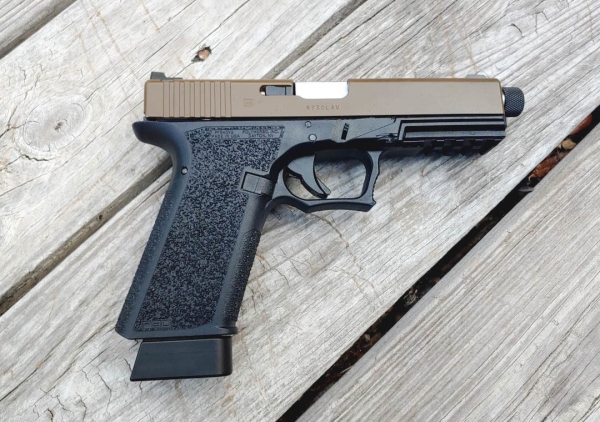 The PA Attorney General, Josh Shapiro, says he now considers “ghost guns” or 80% lowers and the kits used to complete them, as guns. Shapiro told sources that his agents have taken over 100 of these “untraceable” guns out of Philly so far this year.

Apparently state police asked the AG to issue a statement on these so called ghost guns after having no way to address the 80% lowers when found at a crime scene or in the hands of felons, who are unable to have a gun.

This also comes after “individuals were observed filling duffel bags of 80% receivers at a gun show.” Then stating that agents witnessed a “prohibited purchaser” make an 80% receiver into a functioning firearm right there at a different gun show.

(Having finished two 80% guns in my lifetime–both a rifle and a pistol that didn't work right when finished–I can say that I needed tools to do the job, as well as a work station. The source I used makes no mention of if the illegal gun maker had either.)

The Attorney General and Governor Wolf say that this in no way infringes upon the Second Amendment rights of responsible gun owners, and that someone who is allowed under the law to own and possess a firearm can still purchase and make an 80% lower into a gun. Shapiro said:

If you are not allowed to own a firearm for whatever reason, we are here today to take the first step in working to ensure that these 80% receivers do not end up in your hands.

Governor Wolf followed by saying that this will stop criminals, terrorists, and other lawless people who can't pass a background check from acquiring the parts necessary to make a gun through a “loophole” that should never have existed to begin with.

At least, not in Pennsylvania. That main reason, at least it was for me when I lived there and built my two 80-lowers, was to flip the man the bird and have an “untraceable gun.”

This does seem to be a growing trend as a few other states have enacted laws to address these pieces of plastic or aluminum to call them “guns.” The states are the obvious choices, like California, Connecticut, New Jersey, and Washington.

Time will tell if these ideas spread, but it seems like we can't have anything nice. And, as usual, gun legislation designed to keep guns out of the hands of bad people will only hurt the law abiding citizen.

After all, criminals don't follow the law and will always be able to get guns and other tools to hurt people, regardless of what the laws say.

Jacob, our company president, goes over the truth about ghost guns, 3D printed guns, and 80% lowers here, in this article.

Second Amendment Sanctuaries: Flames of Freedom
Episode 375: One Draw To Rule Them All