Join Our Newsletter
Shop Our Store
MAIN MENUMAIN MENU
By Craig Martin on July 10, 2017 in Law 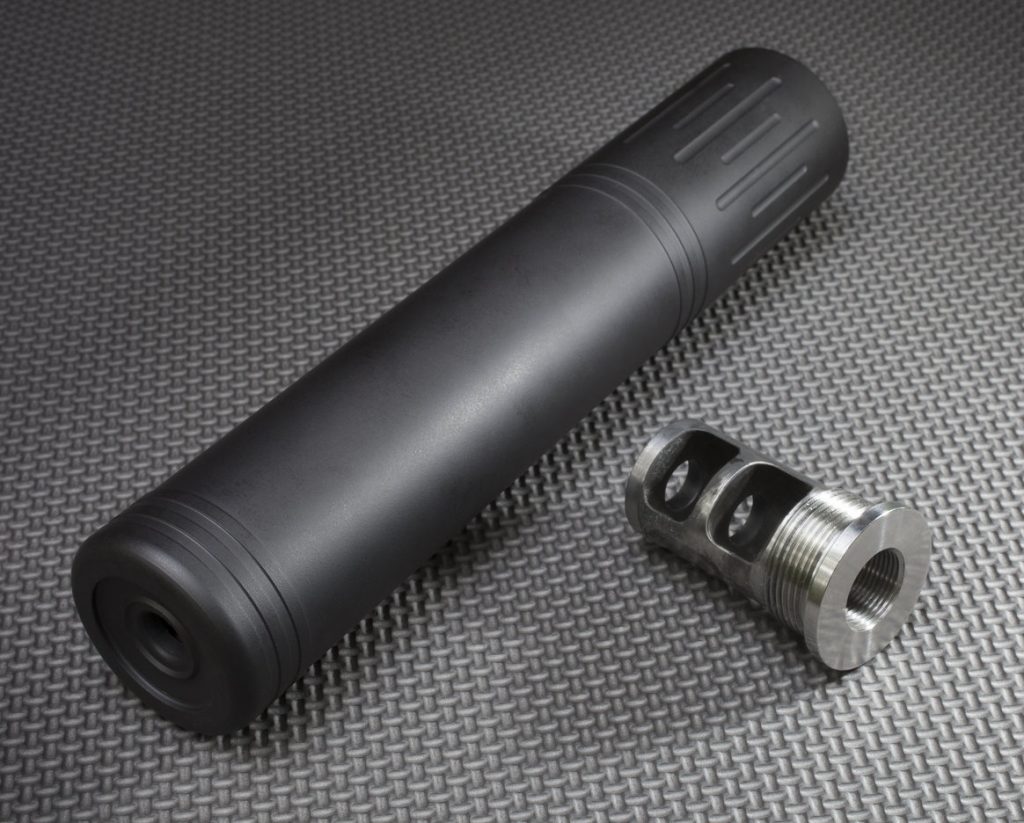 Senators Mike Lee and Mike Crapo of Utah and Idaho, respectively, have introduced a piece of legislation that has been much expected within the gun communities for the past several months. It is called the SHUSH (or Silencers Helping Us Save Hearing) Act of 2017 and it might allow Americans to purchase suppressors over the counter for the first time since 1934.

The SHUSH act is an attempt by pro-gun legislators to deem suppressors be treated as gun accessories, thus being able to sell them over the counter. This is in opposition to the current method which requires sending a request along with $200 to the Bureau of Alcohol, Tobacco, and Firearms which can add an additional several months of wait time for your purchase. However, should the SHUSH Act pass it will be as easy as buying something from Concealed Carry’s Shop. (Cheap plug, I know.)

There are currently 42 states in the Union that allow for their residents to own suppressors and it seems with their popularity, the next logical step is this SHUSH Act also known as S.B. 1505. The bill, if passed, would eliminate the necessary hoops you'd have to jump through to buy a suppressor. In other words, the days of $200 fees to the ATF and the several month wait time would end.

Of course, other issues arise with wait time in that much like the ammo scare of recent years, you wouldn't be able to find them in stores and would still likely have to wait to buy a suppressor, at least until the manufacturers gets caught up after the initial rush. Still, making suppressors equal with other items considered to only be firearms accessories makes a lot of sense, for many reasons.

Here are some of the benefits from one of the bill's sponsors, Senator Crapo.

“By properly classifying suppressors as a firearm accessory, our bill would allow sportsmen to have better access to hearing protection and preserve the hearing of sportsmen, gun owners and those who live near shooting ranges … ”

And then, of course, there are plenty of economic benefits as suppressor production ramps up to keep up with demand. It's likely that more companies will enter the suppressor manufacturing world, to try and get a piece of the proverbial pie.

While there are the usual opponents to legislation like this, we remain hopeful that the SHUSH Act will have the support needed to pass through both houses of Congress and make it to the President’s desk.

One thing the antis need to understand, is that there is not a credible argument they can make against a bill like the HPA or SHUSH because suppressors do not make a gun silent, nor are they generally used in crime. And, saying that we cannot claim to know any exact numbers to prove our point because suppressors are currently hard to buy also goes out the window when you consider that someone can turn an oil filter into a suppressor with some parts purchased from a hardware store or the internet.

Time will tell what sort of ground will be gained by SHUSH in Congress, but one thing remains true: Our hearing is more important than the feelings of misguided anti-gunners.

What do you think? Are you a fan of the SHUSH Act? Will you be in line to purchase suppressors once you have the new-found ease? Let us know in the comments below, and then make sure you sign up to receive our FREE Newsletter so you can stay up to date on news like this, whenever it breaks.

6 Responses to SHUSH! Lawmakers On Track to Finally Pass Silencer and Suppressor Bill