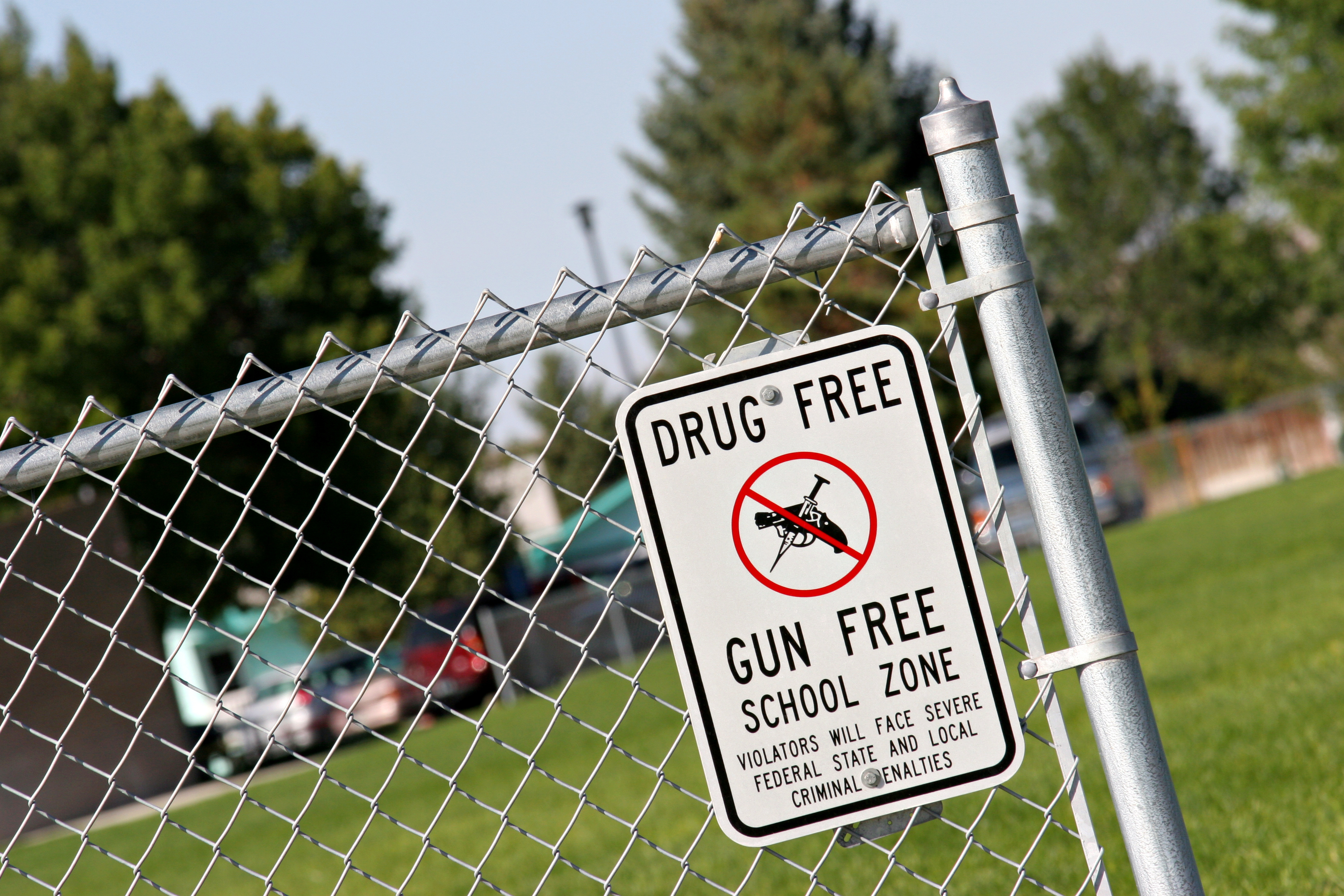 One of the more common questions we get from our students in standard Concealed Carry classes is something to the effect of:

If a business prohibits guns but I ignore their policy and carry anyway and get caught for one reason or another what is the worst that could happen?

Let me dive into a simple answer to that question:

Let us assume you ignore a gun free zone sign or request and you carry anyway. While on that property you find yourself in a deadly encounter and have to defend yourself. What now?

So you might be charged with breaking a law (if there is one) relating to having a gun where you should not BUT you aren't now somehow guilty of murder because you ignored the no gun sign. One infraction is not related to or doesn't affect the other.

Some “Gun Free Zones” are government buildings or legally outlined restrictions. Meaning that there is an actual law on the books that says you can't take a gun somewhere. The federal government, for example, doesn't permit firearms inside any federal building.

If you ignore that restriction and take your firearm into the post office (a federal building) and are caught the potential consequences are very serious.

It is a felony to break federal law. Being convicted of a felony means you can't vote anymore, can't own guns, and will have a very awkward permanent stain on your next new-hire background check.

Similarly, if your state restricts firearms in State, County, or City buildings and you ignore those restrictions; there is absolutely no doubt whatsoever that you have broken a law and if convicted will have legal consequences. Those consequences will likely vary from jurisdiction to jurisdiction. Might be a low-end misdemeanor or it could be significantly more serious.

So that leaves private property. Everything from your home, to your workplace, the shopping mall, bank, movie theater and more. (See a list here of national chains that have no gun policies) Anything not owned by taxpayers. Being a property owner in America is awesome … and frankly the ability to own property is part of what makes America America. Property owners reserve a lot of different rights and among those is the right to be able to restrict firearms on their property.

Now despite that, I hear gun carriers and websites classify different states based on if no gun signs have “the force of law” in that state. Four BIG CONCERNS jump out at me about that idea.

1: First, certainly if there is no law on the book in your jurisdiction that specifically allows property owners to restrict guns or if there is nothing in the law that explicitly protects that right of the gun owner one might come to the conclusion that signs in that state don't carry the force of law and that could be true. However, remember that in addition to statutes, case law also impacts the reality. There are some states where one can only conclude the truth by looking at past court decisions. If a no gun sign carries the “force of law” then your potential consequence could be outlined in the law (perhaps it states specifically that to ignore the sign is a class a misdemeanor) or you are simply outside the boundaries of the concealed carry law or statute that otherwise allows you to have the gun to begin with, and could therefore, be charged with the illegal carrying of a concealed weapon.

2: Alternative charges are also worth considering. Perhaps the no gun sign doesn't have the force of law as we would like to define but that doesn't prevent you from being charged with a different crime. If a property owner (or acting representative of the owner) asks you to leave their property and you refuse that is likely trespassing. In most states the definition of trespass is something like “unlawfully entering or remaining on the premises of another.” Then you need to know what it means to enter or remain unlawfully. Many states do define that and here is an example that seems typical for many of the states I've researched: “A person enters or remains unlawfully when the person is not licensed, invited, or otherwise privileged to do so.”

If the owner has asked that people with guns do not come onto their property and you disregard that request (purposefully or by ignorance) I think it could be argued that you were not invited or privileged to be there and thus you could be charged with trespassing. If your presence with the gun causes a scene or creates a disruption you could be charged with disturbing the peace as well.

3: We generally talk about if “no gun signs” have the force of law but in many states property owners don't need to put up any sign at all as they may have other legal means (in statute or based on court interpretation) to put you on notice. For example, they may put a notice on the ticket you bought to an event, or in your employee manual, on their corporate website, or in your Costco membership agreement. Don't assume that no sign means no legal consequences. (Download our free guide to gun free zones for more detail)

4: Nothing prevents a private property owner from pressing charges and trying to collect damages in the form of financial compensation. So while the sign may not carry “the force of law” that would be necessary to charge you with a crime; you may have to defend yourself in civil court against allegations that your actions harmed the business or the property owner in some way.

WARNING: I find far too many gun owners who read a few statutes and inherently feel that they know if no gun signs do or don't carry the force of law. It isn't always that simple and even many attorneys and organizations that specifically study the issues end up without a good answer to this question for a given state. This is often due to the lack of precedents from past court cases that would allow us in hindsight to see how the laws have been applied in these situations.

If you choose to ignore firearm restrictions at government buildings you stand to face criminal prosecution. If you ignore signs at private property there are a myriad of potential consequences depending on the state and that state's laws and court precedents but even where there are no concerns on the surface; there are still other risks that you incur when you choose to take your gun into a place where the owner has actively requested you do not bring guns.

For me, I choose wherever practical and possible not to frequent businesses that have communicated they don't want guns on their property for a few reasons.

First, I don't want to deal with the sometimes confusing laws relating to “force of law” or the risk of other potential legal or civil consequences.

Second, I don't want to give my money or patronage to a business that has communicated they don't respect my right to defend myself. There are almost always alternative, competing businesses, who do respect my right and provide comparable products or services.

How about you? Let us know in the comments below how you choose to deal with gun free zones.