Join Our Newsletter
Shop Our Store
MAIN MENUMAIN MENU
By Joshua Gillem on April 22, 2019 in Gear 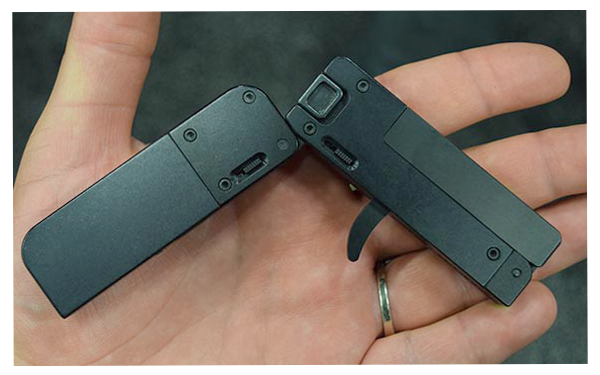 About nine years ago, Marine Veteran Aaron Voigt set out to do something different concerning firearms manufacturing. The end result was the little single shot .22 lr / .22WMR handgun that folds up to the size of your credit card.

After learning that I was a mere 30 minutes away from their facility in Fletcher, NC, I set out to take a tour of the Trailblazer manufacturing plant, where I even got the chance to shoot one of these little guns at the end of the day.

At first, like many folks, I was more than just a little skeptical about its practicality. I mean, it's a folding gun chambered in .22. What good is it other than a novelty?

But, as I shot it more and spoke to Aaron, I realized that there was more to this little transforming gun than meets the eye. (pun totally intended there, if you get it)

Those are all the parts, minus some missing springs.

He showed us the ins and outs of the manufacturing process, how simple they are to assemble once the parts are in front of you, and even how to draw the LifeCard from concealed, get on target, and shoot–which is shown in the video at the bottom of this article.

I learned quite a bit, and have even slightly changed my skepticism. I went from thinking, “I'd never carry that” to “I'd carry that as a backup gun.” 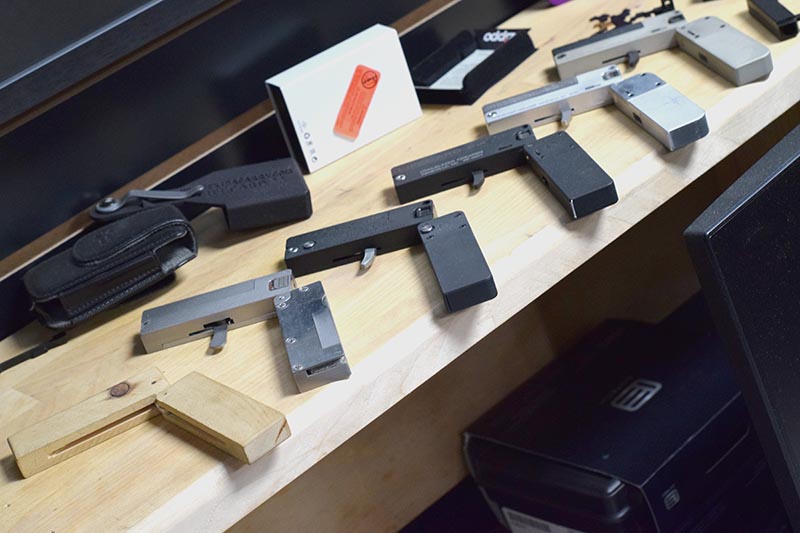 On the left is the wooden prototype/proof of concept.

One thing I haven't changed on, is that I don't think I'd ever use the LifeCard as my primary concealed carry gun.

However, there is a use here in that it is an extremely comfortable gun to carry due to its small size making it a good backup.

I'd like to reiterate that I would not advise carrying only the LifeCard, but using it as a backup gun that feels almost non existent on your body as it disappears in your holster or pocket.

Here's the thing though, as with all things concealed carry, you need to practice with it.

But, it can be done as the owner of the company shows us in the video you'll watch in a few moments. Will you get sub 2 seconds with it? No, not likely. But is it a very comfortable backup gun available in a fairly effective caliber? In .22 magnum, sure.

It isn't for everybody and some folks may see it as more of a novelty than anything else. That's fine, I'm half tempted to get one with our logo on it, just because I can. And, why not?

While out at the Trailblazer facility, Mr. Voigt dropped a stack of papers in front of me printed on official American Express letterhead with a pretty demanding cease and desist. I've been asked to not go into much detail and will respect those wishes.

Here is a screenshot I grabbed when I first heard of this whole debacle concerning AMEX. As far as I can tell, these images have been mostly removed from the internet at the request of the cease and desist. 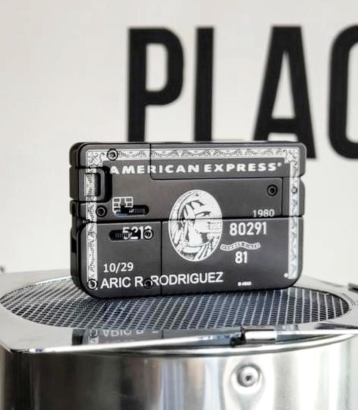 I glanced through the papers, took some pictures of them, and saved them for later. While I cannot disclose the entire message, the gist of it is that Trailblazer, through no fault of their own, was on the receiving end of the AMEX legal letter because a customer had put the American Express logo on their own, personal LifeCard.

The company never offered this as an option, nor do they sell them like this. Trailblazer simply posted a picture on the social media page.

I'm not sure why AMEX doesn't want the free marketing, but they have officially demanded that Trailblazer stop, because it “… is likely to dilute and tarnish American Express's famous trademarks …”

I could only hope that a hard working, American veteran-owned company would take my logo and advertise it for me for FREE, sticking it up on their social media with 3,000 followers on FB and 13,000 Instagram followers.

Don't they know companies pay for that kind of exposure? They're called influencers. But hey, what do I know?

And, I suppose that it'll just be a matter of time before they get in some trouble with Visa, as well, because a customer made this one, too: 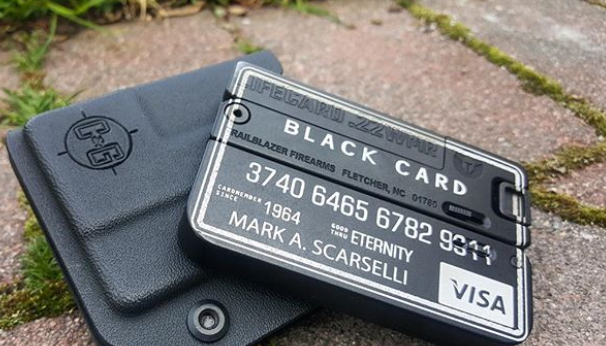 You can literally put just about any kind of design you want on it, just as long as it doesn't violate any trademarks, and you'd have a cool little gadget on your hands–a gadget you could use, as a last resort, to defend your life.

Here is the video we recorded at their facility, with a big shout out to my cameraman, Craig from C4 Defense:

LifeCard — Don't leave your permanent domicile or place of dwelling without it. It's good all over the place. Carry it wherever you want to be. It's like being a big kid in a gun store. What's in your holster?