Join Our Newsletter
Shop Our Store
MAIN MENUMAIN MENU
By Craig Martin on June 5, 2018 in Gear 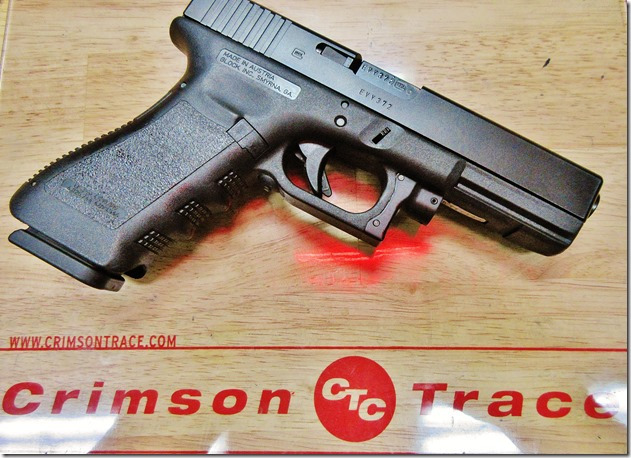 Those of you who use laser attachments on your firearms may have heard of Crimson Trace. The Oregon company, now owned by Smith & Wesson is popular for their line of upper grip mounted red and green laser units, but as happens with many companies in the U.S., Crimson Trace has now been forced to recall several of its units due to an order by the FDA. Take a look at this article to see if your Crimson Trace product is included in the recall.

WHAT IS THE RECALL ABOUT?

On May 22, a notice was sent to dealers notifying them that Crimson Trace Red Laser products were being recalled by the FDA because of one of the vendor-supplied laser diodes exceeds the maximum allowed 5mW for this class of product, but at this point, according to Crimson Trace themselves, they have received no reports of injury from the maxed out diodes.

Still though, regulations being what they are, Crimson Trace has been put in the place that they have to recall the items to ensure they follow the correct safety regulations.

WHAT CRIMSON TRACE PRODUCTS ARE AFFECTED?

Now this recall doesn't affect all Crimson Trace products that have gone out, so there's no need to worry your goods are part of the recall, but to make sure you are in the clear Crimson Trace has released a 14 page pamphlet showing you which models and serial numbers are a part of the recall, as well as how to check your serial numbers to find out if anything you have is included.

You can view the full pamphlet in PDF form right here.

The total number of units set for the recall is 184,390, so while a small portion of total sales, it is definitely enough to let folks know about just to be on the safe side.

We hope you all are being on the safe side yourselves and making sure you figure out if your Red Laser product is involved in this recall.