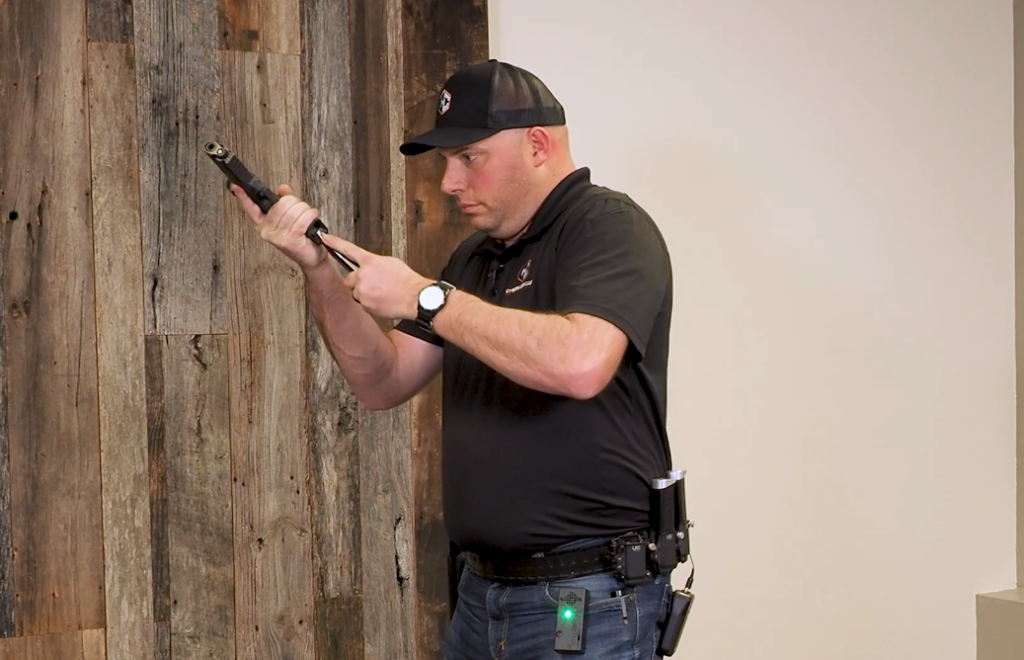 We've been publishing dry fire training and challenge videos since October 2019 in an effort to help the average gun carrier take their skills to the next level. This series of videos is called “Shooter Ready Challenge” and it's completely free to watch and take advantage of.

And, you get to learn new skills from the host of the Concealed Carry Podcast, Riley Bowman.

The February video was just published yesterday and I can honestly say it's something that I have not practiced before, myself, and will be giving it a go.

If you are not familiar with the concept of a micro drill, or what one is, it's essentially when you practice certain individual movements of a larger drill.

Each section of the micro drill is done independently of each other section. So in the case of this Burkett Reload Drill, you simulate only the first part of the reload.

At the start of this micro drill, you're already on target as if you just fired a shot, then you pull the gun back in, grab your spare magazine, and stop just before inserting it into the magwell.

Taking it up a notch is doing it under the stress of time by utilizing a shot timer, like this one from Range Tech, which is the one he's using in the SRC video.

Riley explains how to do it much better than I can, and again you can watch this training completely free, on our Shooter Ready Challenge Page. What's cool about that page is all of the other past challenge videos dating from October 2019 until last month, are also there, available for free.

As a side benefit to participating in upping your proficiency as a shooter, everyone who participates is entered to win a special prize from us. There's no telling what this month's prize is, but we've given away some really cool things, ranging from hearing protection to ammo.

In fact, Rory R. from California won a pair of the Ready Up Gear Roger 22 Ear Muffs just last month. I mean, where else can you take free training from a semi-pro shooter AND have the chance to win a prize when you're done?

And if you weren't sure, dry fire training is one of the best ways you can increase your odds of winning a gun fight, is totally safe as long as you do it with an empty gun, and is something that all of the pro-shooters recommend you do.

Have you ever participated in the SRC challenge? Let me know in the comments below.