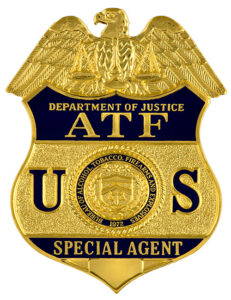 According to some other news sources Joe Biden's “transition team” has been in contact with the head folks over at our favorite alphabet organization, the ATF. Their acting director, Regina Lombardo was reportedly in a conference call on 10 November with his team to discuss the ATF's priorities going forward.

I'll just come right out and say it, their priorities are enacting more gun control.

The director apparently said that going after 80% lower receivers and pistol braces would be at the top of their list going forward, according to an unnamed insider.

This news comes shortly on the heels of the US election, as well as a cease and desist letter the ATF sent out to companies who sell guns with pistol braces.

Those in charge of restricting freedom obviously hate this.

And as for the pistol braces … they go around NFA rules. So instead of having an SBR (short barreled rifle), you can have an AR-15 pistol with a brace and never have to do a shred of paperwork or pay any extra fees.

Because you don't have to fill out any paperwork to own a braced pistol, the ATF obviously hates this. Why? Because they want more control and there is no paperwork trail.

Those who are anti-gun have had disdain for both items for a long time, but make no mistake, these items should remain legal. As far as I know, an American citizen has always had the right to make his own arms in his own house. Just as long as that person doesn't plan to sell that firearm, it is perfectly legal to make.

And of course, as we've been following now for several weeks and mentioned briefly above, the ATF had sent a cease and desist letter to Q, LLC., the maker of the Honey Badger AR Pistol, and issued warnings to others.

At the time, we all thought the timing of this letter was interesting with the election right around the corner. And now we know why. We assumed that the ATF was itching for an anti-gun president and with Biden claiming to hold the office of president elect, it's all making a lot more sense.

Then an anonymous source was reported to have said that some of the higher ups at the ATF have always hated pistol braces and had plans to ban them, and it was only the lack of “political capital” that stopped them from doing so.

I believe that the coming months will wreak havoc on our gun rights and the things we enjoy. All one has to do is look at his  proposed gun control plan to see what I'm saying.

If you have any thoughts on any of this, let us know in the comments below.

Why and How to Meet People At The Shooting Range
Episode 455: Buying a Gun…Stuff That Doesn’t Matter