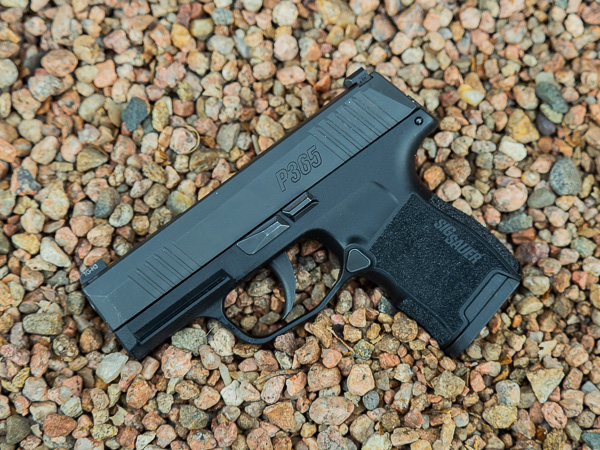 (We handed them this argument on a silver platter, as I outline closer to the bottom)

I think it's a fair assumption at this point in the race to say that Biden will likely be the democratic nominee for president. I just checked and he's leading a majority of the polls, although we all know how reliable those polls can be.

While that's not even the main point of this article, it is important. Why?

Because Joe Biden is clueless and likens 9mm pistols that hold more than 10 rounds like the Sig P365, the Glock 19, and others, to be like bazookas and machine guns. In other words, he wants to ban them altogether.

In the case of machine guns, they're already heavily regulated under the NFA where extra hoops are needed to jump through in order to purchase.

I appreciate him telling the truth and that the gun grabbers are no longer hiding the fact that they're coming after our guns. All of them … and this, and a lot of other sayings by others of similar stature, proves it.

While saying he supports the Second Amendment, Biden called the absolutist arguments of some gun-rights supporters “bizarre.” Noting people can’t own machine guns or bazookas. Why should we allow people to have military-style weapons including pistols with 9-mm bullets and can hold 10 or more rounds?

Actually, Joe, what's bizarre is saying that you support a right of the people, but only so much.

Gee, I support the Second Amendment, but only for hunting shotguns that hold three rounds of ammunition or less. Nobody needs more than 10 rounds of 9mm for anything. Those are military rounds!

That was sarcastic, in case you weren't sure.

I'm not sure what he thinks is so spectacular about 9mm, but it's no more or less deadly than other handgun rounds are. Then again, maybe something interesting is happening that I've been warning gun owners about for a while.

Well-intentioned gun owners handed them this argument on a silver platter, and we can't take it back.

When we say things like: “The AR-15 is used in far less crimes than handguns are” what exactly do we think is going to happen? (Here's an article I wrote highlighting the fact that I've foretold this)

This time, Biden skipped right over the traditional AR-15 argument normally spewing about the foaming mouths of uneducated gun grabbers, and went right after 9mm pistols. Why? Because they are paying attention to us when we say stupid things about handguns being used more often than the AR-15.

We walked right into that one, locked the door, and chucked the key in the garbage disposal. That argument can't be undone because we're the ones who made it.

All we can do at this point is say “no. No you can't ban any of our firearms. Sorry, but I'm not even sorry.”

It's an interesting concept, but maybe we should stop digging our own graves, and start actually fighting this idiocy. Leave your thoughts on this in the comments below.