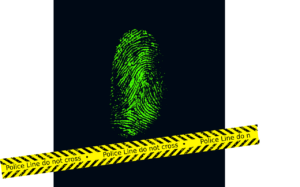 Sometimes reading these stories helps us remember why we do what we do and how important it is that we train. Here are 5 recent news stories to share with you.

A 67-year-old man was minding his own business, taking an afternoon walk through a Philadelphia park on Wednesday when he was menaced by two men in their 20s. The two men approached the gentleman, one wielding a stick and the other brandishing what would later be determined to be a toy gun. Fearing for his safety, the victim pulled out his legally concealed revolver and shot the stick-wielding attacker, causing the other robber to flee the scene on foot. The injured culprit died at the scene. Authorities said the victim acted in self-defense, and was not expected to face charges in the incident. At the time of this posting, the fleeing criminal had not been apprehended

Mom shoots intruder who broke into home while baby was asleep: ‘It’s either him or me’

A mother was at home with her young child in Newport News, Va. when a stranger behaving erratically began trying to force his way into the home through a door. Concerned for herself and her daughter’s safety, the mother retrieved a gun and called police. The man eventually broke into the home through a window. The mother responded to the intrusion by shooting the home invader twice. When police arrived the criminal was taken to a local hospital; he is expected to recover.

Police say the lives of several people were likely saved by a man who shot and killed a gunman inside a West Philadelphia barbershop. Police say a 40-year-old man was inside the barbershop when he started fighting with another person inside. The altercation quickly escalated and the man pulled out a gun and opened fire. At that point, authorities say, another unidentified man took out his own gun and the shot the gunman multiple times in the chest. He was rushed to Presbyterian Hospital where he later died from his injuries. “The person who responded was a legal gun permit carrier,” said Philadelphia Police Captain Frank Llewellyn. “He responded and I guess he saved a lot of people in there.”

Doug Hurst, 45, was awakened at around 1:30 a.m. Monday when three suspects broke in through the back door of his home at 135 Private Rd. 871 just off Highway 84 west of Teague, Freestone County Sheriff Don Anderson said. In the exchange of gunfire that ensued, Hurst was shot in the abdomen. Anderson said gunfire erupted again as the suspects fled through the rear door. Hurst was taken by ambulance to a Waco hospital and was in a medically-induced coma awaiting surgery. Deputies found Joshua Mulkey, 19, in the backyard of the home, dead of a gunshot wound, authorities said. The victim was armed with a semi-automatic handgun and a second semi-automatic handgun was found near the dead teenager, authorities said. Deputies later arrested O’Jarion McLenon, 18, and Lawson Abram, 18, both of Teague.

A Claremont, NC homeowner shot and killed a home break-in suspect Monday morning, and law enforcement officials are still searching for a second suspect who fled the scene. Catawba County Sheriff Coy Reid was on the scene about an hour after the incident happened. About 9:25 a.m., Reid said, the homeowner called 911 to report a break-in at his River Bend Road home. Soon after, the sheriff continued, the subject kicked open the basement door to enter the home. The subject came down the hallway toward the homeowner, Reid said, when the homeowner fired one shot from a 12-gauge shotgun, hitting the suspect in the chest. A second suspect ran back down the basement stairs and left in a dark blue minivan. He has not been found, Reid said. “The only thing I could advise these people out here breaking into peoples’ homes,” Reid said, “(is) if they’re doing it for drug habit, they need to break in on a drug dealer.