Join Our Newsletter
Shop Our Store
MAIN MENUMAIN MENU
By Craig Martin on January 4, 2017 in Training 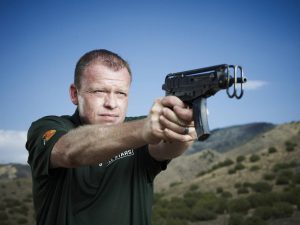 WHO IS GARY QUESENBERRY?

Gary Quesenberry is a Triple Nickel coin holder from The Triple Nickel Course of Fire, which is a competition that is designed to measure a shooter’s ability to perform on demand by engaging five targets from five yards in five seconds. Fewer than 70 people in the world can boast that they’ve succeeded in this challenge. Gary is one of those select few.

During Season Three, Gary was originally a member of the Red Team, but after making it to the final seven joined the Green Team. He was eliminated after losing the second Elimination Challenge of the Season 3 Finale.

Gary was then brought back for Season Five but was eliminated during the Season Finale after losing the second Elimination Challenge.

Now a Homeland Security Agent, living in Cleveland Ohio, Gary served his country in the U.S. Army during Operation Desert Storm and was part of the Special Ops Response Team for the Bureau of Prisons.

Gary is an incredibly competitive individual, so competitive in fact that he and his pals often use target shoots to settle disagreements.

Gary is also the founder of Q-Series LLC, a company that manufacturers holsters for speed, safety, and concealed carry. According to Q-Series website, they recognize that carrying concealed is more than a hobby, it’s a lifestyle. Q-Series strives to be the global leader in the manufacturing and distribution of quality concealed carry holsters and equipment. 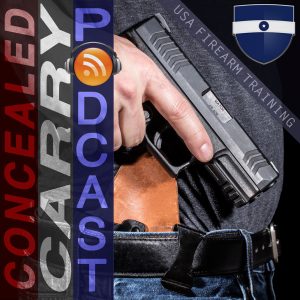 On January 15th, Gary will also appear as a guest on the iTunes top-ranked gun show, The Concealed Carry Podcast, with Riley Bowman and Jacob Paulsen. On this podcast, Gary will discuss a multitude of issues with Riley and Jacob so make sure to tune in and hear what Gary has to say.

To get access to this recording you can join Guardian Nation and get access to all past recordings, including former Delta Force member Kyle Lamb, former Top Shot contestant and LASR training pistol inventor Mike Hughes, as well as many other interviews.