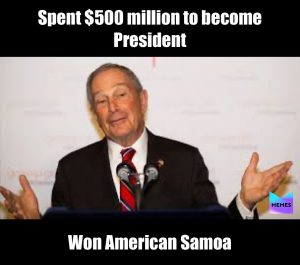 The gun control debate rages on, even if it's not front and center in our brains right now due to all the other stuff taking place in the world. There is still a fight for our rights which can be seen whenever reading some of the headlines put forth by the anti-gun media.

It's not as prevalent as it was before the virus simply because there are so many more gun owners now that many think it's over, but the lust to take away freedom will never truly go away.

There is hope, however, and in places like Virginia the citizens there have been doing all they can to protect what gun freedom they have left.

You'll remember that, not too long ago, more than 100 localities had declared themselves “Second Amendment Sanctuaries.” That movement had caught on and went around the country in an attempt to flip the anti-gun politicians the bird. And more recently a couple of counties have passed resolutions to show continued dissent toward their state government's gun control agenda.

The movement in Virginia is catching fire once again as more and more counties are passing the “no local gun control” resolutions. Appomattox is the most recent one, with many more in the works.

Those of us who are not in VA should really take a step back and learn from what they're going through there. It's a mess, and the anti-gunners are getting ready to do it all again as they focus on other states they think they can win.

All of this came about because a billionaire named Bloomberg decided to get involved and buy the Virginia politicians, only, he put ones in office who hate guns and gun owners.

Bloomberg, by the way, has just injected 15$ million of the 60 million he's pledged into several other states in an attempt to steal away the results in those states to get the same results he did in Virginia. It's not time to slack with all that's going on, and in fact, I assume it's time to start taking this threat seriously before we end up regretting it.

They've formulated a plan, executed it in Virginia, and know it works. So, in their eyes, why not roll that sucker out everywhere?

He's currently planning to influence the elections in eight other states, which are as follows:

It's being called a 2020 ad blitz in an attempt to push anti-gun legislators for election in those states. Most of the states on that above list are the most gun-friendly states in the union and they all have some sort of power in elections.

Pennsylvania, last I checked, had the largest number of licensed hunters of any state. My former stomping ground also has 1.27 million concealed carry permits as of 2017.

Texas had 1.2 million concealed carry permits, North Carolina had over 600K, Georgia had nearly 1 million, while Florida had 1.78 million people permitted to carry concealed weapons. By the way, I'm getting these numbers from here, in case you were wondering where your state was on the list.

It may be political, but make no mistake — it's always about the guns. And, old bloomy didn't just pull some states out of a hat, he's too methodical for that. He and his minions had to have put some serious thought into this. What this means is that he thinks these states can be flipped.

I'm fairly certain he can't flip Texas, Georgia, or Arizona to be ran by anti-gunners, but if he can flip Florida, North Carolina, or Pennsylvania I'm sure he'll consider that a win even if it's just one of them.

I live in NC and can assure you that I'll be doing all I can to protect our rights here. I hope you can do the same for the state you live in.