In late February 2016 a property manager in Las Vegas shot and killed a burglar that they confronted. 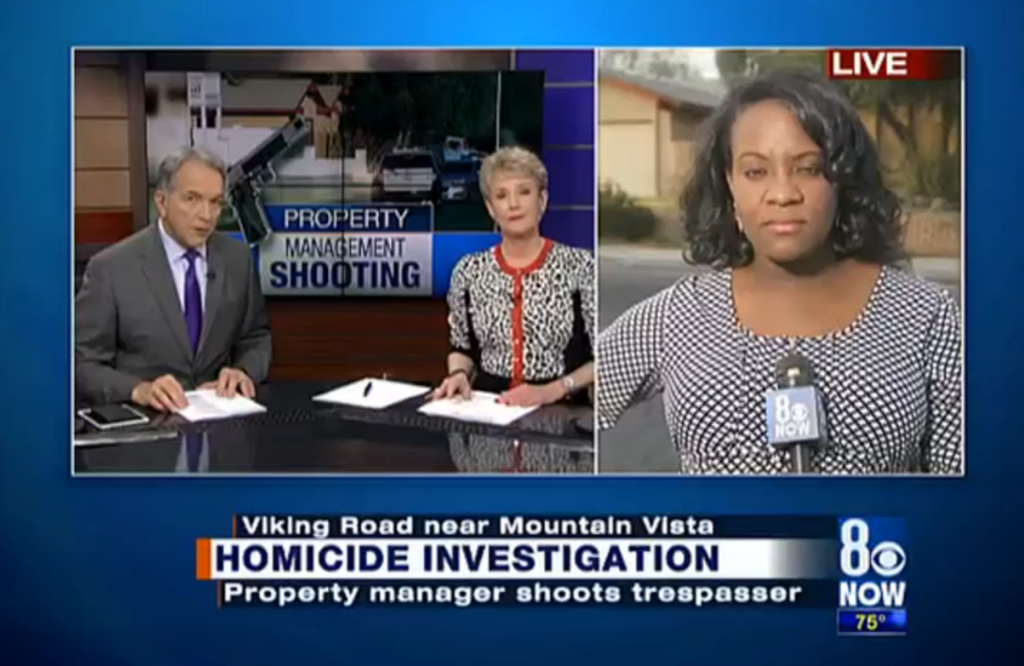 Property Managers are in an industry where they never know what they will find. Calling on homes to do inspections, showing a rental to a potential tenant, and other situations where one has to wade into the unknown. This is one property manager that was not only armed but had given some thought to how to manage these situations.

“The property manager draws his weapon and starts giving verbal commands to the black male and then at that point, he engages in a fist fight, Lt. McGrath said.  “The fist fight goes to the ground, at some point, I don't know if he regains his footing, but he's able to retrieve his firearm.”

As a side note here it is worth mentioning that in hindsight this property manager would have done well to call the police instead of going to confirm in the property was indeed being burglarized or something similar.