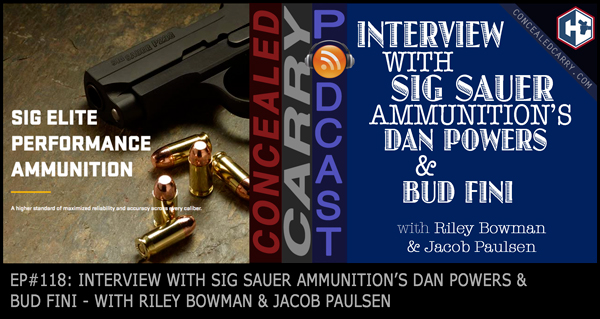 Riley sat down together with Sig Sauer's Ammunition Division President Dan Powers and Executive Vice President Bud Fini live during the 2017 NRA Show to talk about the all things ammo!  Sig Sauer is really staking a solid position in the ammunition industry especially amongst those gun manufacturers that also happen to make (or sell) their own brand of ammunition. This positioning is really a very deliberate step in the direction of Sig becoming “The Complete Systems Provider.” As far as we can tell, Sig Sauer seems to be taking a solid approach. Listen in now…

Please check out our NEW Guardian Essentials – Pistol course on May 19th, 2017!