As an industry, we've become accustomed to auditory “go signals” in our competitive and defensive firearm training. This generally takes the form of an instructor or range officer standing behind you and giving a preparatory command such as “shooter ready, standby” and then a beep from a shot timer. Or perhaps in a class, an instructor might utilize a number of different go commands such as threat, go, up, etc.

It makes sense that we have become accustomed to these go signals because we rely on shot timers to measure speed and as such, we are dependent on the shot timer's technology to give the shooter the signal to begin. Further, in an effort to be safe we don't stand in front of the shooter or firing line which makes it a challenge to incorporate any sort of visual cue.

While this has become the norm, it isn't a great representation of real life. None of us have any illusions about entering a defensive situation and making the decision to act or shoot because of a verbal or auditory command. Bad guys don't shout out “GO” or “Threat” to let us know we need to act.

Certainly, it is possible as a potential threat might make a verbal threat such as “I'm going to cut your throat” as they advance but it is the combination of SEEING them advance, SEEING the knife in their hands, and HEARING their verbal threat that cues your brain to react. 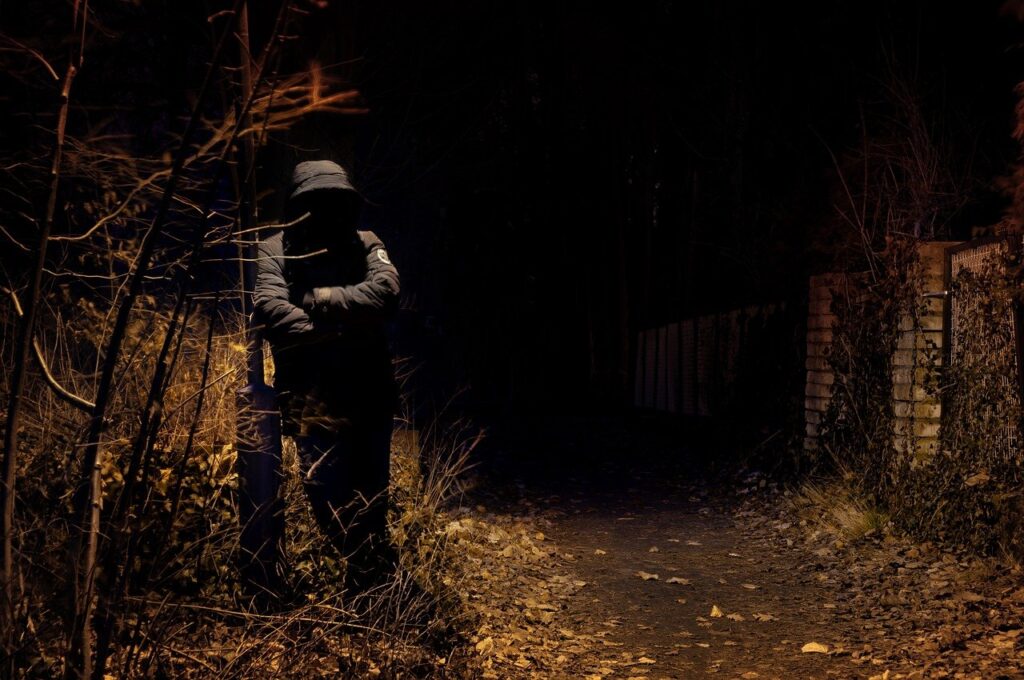 If this person has criminal intent they will probably not be shouting out a verbal “Go Command.” In order to be certain of your need to respond to the threat, you will almost certainly require some sort of visual confirmation or stimulus.

Response to Visual and Auditory Stimuli Improves Independently of the Other

This past weekend I was able to sit in on a portion of a class taught by Brian and Shelley Hill of Image-Based Decision Drills and The Complete Combatant.

Brian and Shelley developed an entire image-based decision curriculum because, among other things, they understand that in real life the cues we receive to help us decide to act are visual. We see the bad guy holding a gun, we see the threat close distance and charge, or we see the potential threat run away. 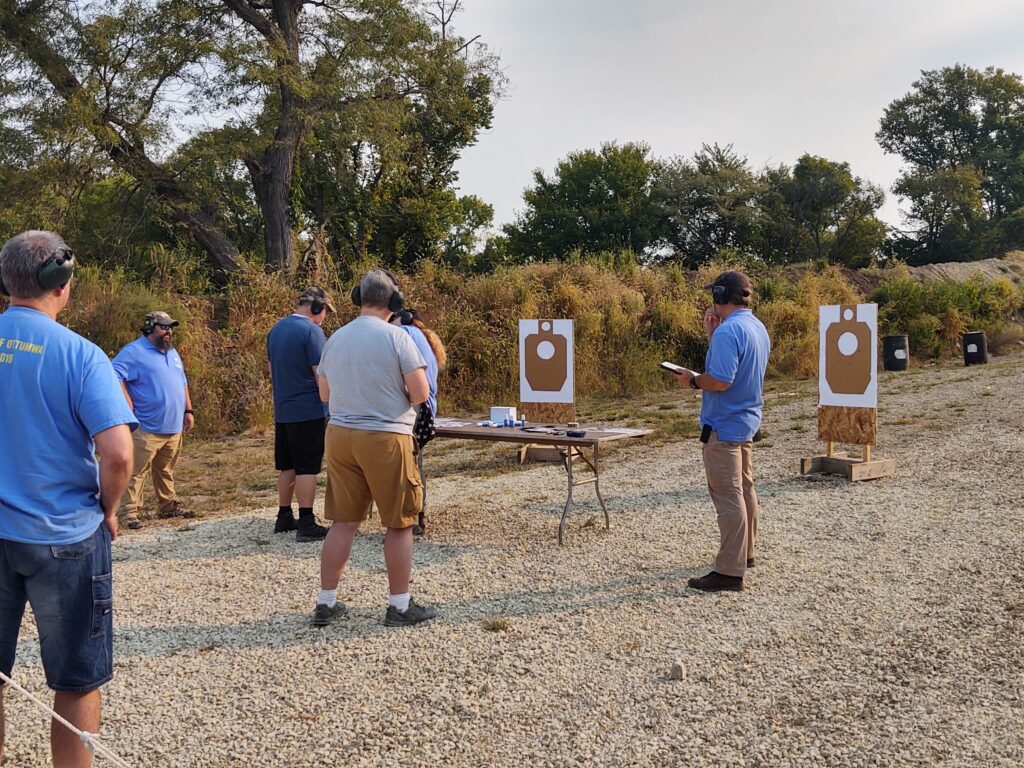 In this Image-Based Decision-Making Class, Students approach the “firing line” and are presented with a visual stimulus to which they must make a timed and appropriate response.

Research shows that auditory stimuli reach the brain's cortex faster than visual stimuli suggesting that if you want the best times on your drills you are better off working from an auditory go signal like the standard beep on a shot timer.

What does that mean? It means that all the effort most shooters put into improving their reaction time to an audible go signal such as a beep from a shot timer does little to nothing to increase the reaction time you will have in a real-life defensive encounter in which you will likely only be provided with a visual go signal.

I am mostly deaf in one ear. This isn't a significant barrier in a gun class because I still have one good ear. However this past weekend at a firearm training conference I interacted with a student who suffers from extreme hearing loss and effectively cannot rely on a shot timer beep.

As I observed one of the instructors working with this student I noticed the student ignore the go signal from the shot timer. It turned out that the student suffers from significant hearing loss and could not hear the beep from the timer.

This is common enough that most firearm instructors have dealt with it before and like most, in this particular instance, the instructor offered to “tap the student's shoulder” at the moment the timer beeps to give the student a physical go signal.

While it works, this method has a couple drawbacks:

How To Generate A Visual “Go Signal”

If a shot timer is not required to measure speed or conduct an exercise within a specific par time there could be a number of ways to create a visual go signal downrange on a gun range. The instructor could simply throw an object into the downrange zone in front of the shooter and the shooter can begin the drill when they see the object.

This wouldn't be a very consistent method and of course, can't be synced with a shot timer or replicated in private training but it is a potential starting point to train the brain to react to visual stimuli. For example, skeet shooters tend to have very high perception and reaction skills to visual stimuli due to the practice of reacting to a clay target flying through the air.

On the front face of the timer's housing/case is a bright green LED light that flashes at the same moment the beep is sounded from the timer. 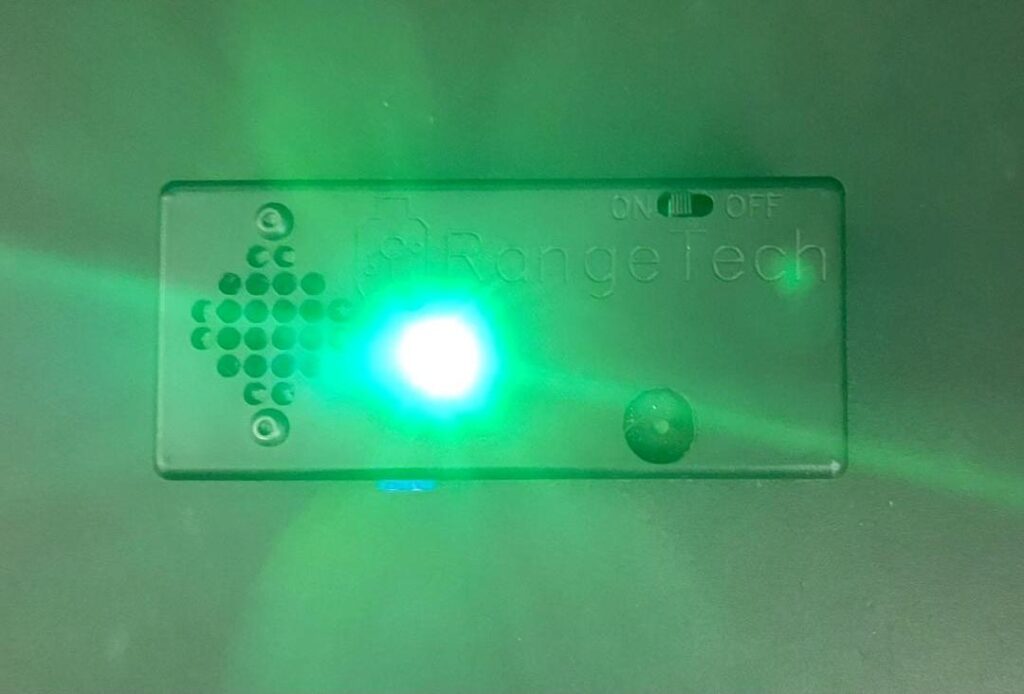 An idea of just how bright the LED is on the RangeTech shot timer. This is a still frame from a video I recorded about 10 inches from the timer.

Even on a bright day on an outdoor range, the shooter is going to see the bright green light. Also awesome, the RangeTech Timer doesn't need to be within reach to be activated. You can clip it onto a target, target stand, or another object in your immediate or peripheral vision and then activate it with a start delay if desired from your Bluetooth connected phone or tablet.

What follows is a picture of a place in my home where I conduct a lot of dry fire. I have the two targets on the wall which serve a large number of drills and exercises I like to conduct. I generally use a shot timer in dry fire in order to add a timed component to my practice. I often set par times on the timer and conduct the drill or exercise within the par time to the best of my ability. 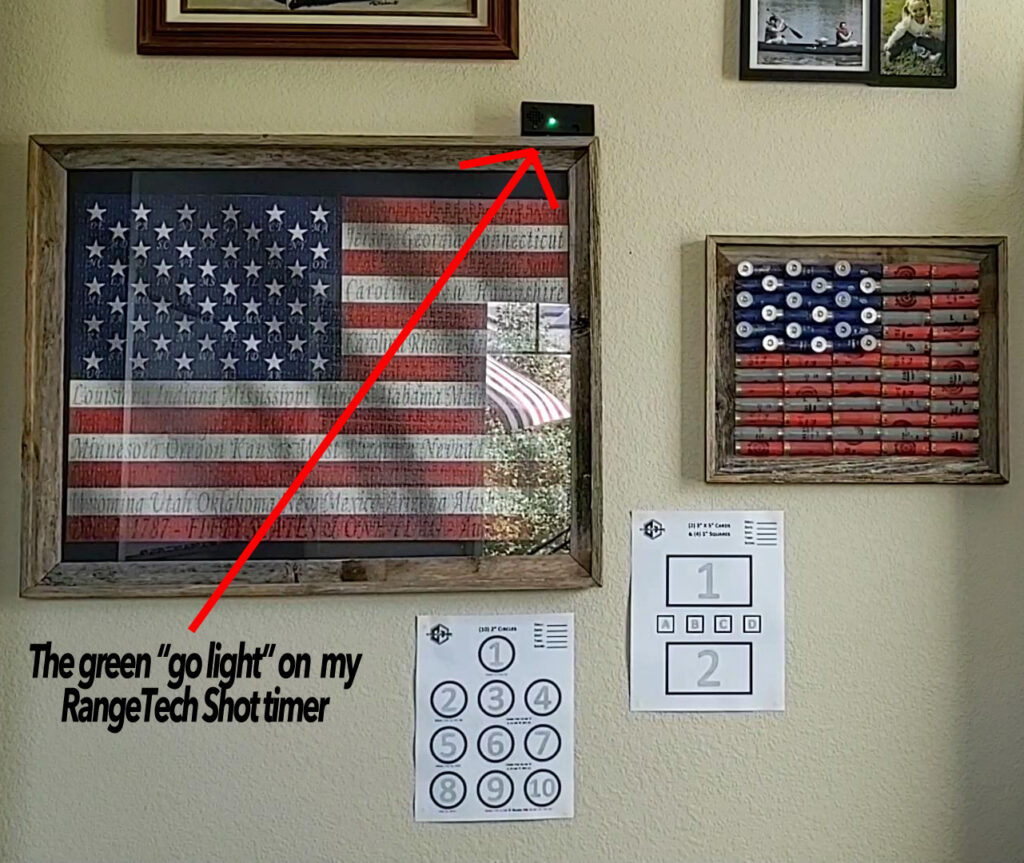 I put the shot timer “downrange” with my targets and using a random start delay I “start” the timer from the app on my phone. I get the flashing green light along with the audible beep as my go signal.

This helps my brain react to both auditory and visual signals.

As an industry, we need to incorporate more visual stimuli as the go signal in our shooting. Real-life encounters are most likely to provide a visual stimulus over any other type of go signal and speeding up our reaction time to visual stimuli can only be done by reacting to visual signals during practice.

The RangeTech Shot Timer may be one of the best tools to engage in that kind of training and practice both in a formal teaching environment with an instructor and when conducting individual practice sessions.

This shot timer is the only one on the market that has a visual go signal, and because it can be placed anywhere the shooter or instructor desires within the field of view and still be activated by the Bluetooth connected device, it is an essential training tool.

Finally, for those who suffer from hearing loss, that visual go signal from the RangeTech shot timer might be the only way to reliably train with a shot timer.

Visit their website, here, for more information about how to buy.