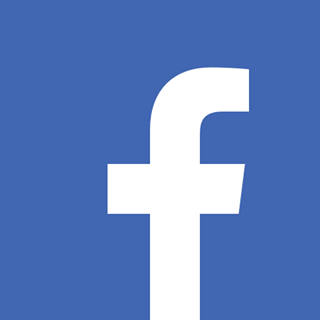 There is a time and place for just about everything. And, if you listen closely you can learn something from just about anyone. One thing that doesn't fit this description, though, is legal advice. I'm a member of several different Facebook groups for different gun-related things. I'm a member of a handgun group, a few AR-15 groups, a revolver group, an antique gun group, and those are just the ones off the top of my head.

Without fail a few times per month, I see people ask for legal advice concerning firearms. The questions range from, “what would you do in this scenario?” to, “can I bring my gun into this state?” And, really, there are other questions I see a bit less, but often enough that it's a concern, like: “I'm a convicted felon or have a misdemeanor on my record can I own a gun?”

There are other reasons why you wouldn't take advice from someone on social media, but those should suffice for the point I'm trying to make. So, where do you get legal advice from, if not the almighty flakebook?

How about a lawyer? Or, you could join one of those firearms insurance programs and ask them questions because they have lawyers on staff. I used to work for US Law Shield and they put regular seminars on around the country to teach gun owners about the law. Here are a few resources we've put together for you.

How to find a lawyer.

What about police officers? Is it ever acceptable to ask a cop for legal advice? It could be, but in all honesty, most cops know just the bare minimum for their own jurisdictions. For example, last time I asked a police officer about interstate travel with a firearm, AKA 926A, I got a blank stare. In other words, he had never heard of it. In fact, he didn't know that you could travel interstate with your firearm, and was about have is mind blown.

So, while you could call up your local Sheriff or state police station and ask, they may or may not be able to answer your questions. The only real way to get an actual answer to your burning questions about legal stuff regarding all things firearms, is to ask a lawyer. One of those above links should help you out if you need a lawyer or are looking to compare gun insurance.

In addition to that, we just happen to have a webinar coming up that is slightly unrelated to this topic, but is with famed gun lawyer Andrew Branca. In the webinar he's going to dispel some of the more common myths out there. This stuff will be coming straight from the horse's mouth, my friends. You should have every intention of being there, especially since it's absolutely free, and this guy wrote the book on The Law Of Self-Defense.

This dude is very well educated on the subject of self-defense. Here is a link to sign up for the webinar we are about to put on with him. Make sure you sign up because I can all but promise that you'll learn something from this guy.

6 Responses to Should You Take Firearms Legal Advice From Facebook Groups?