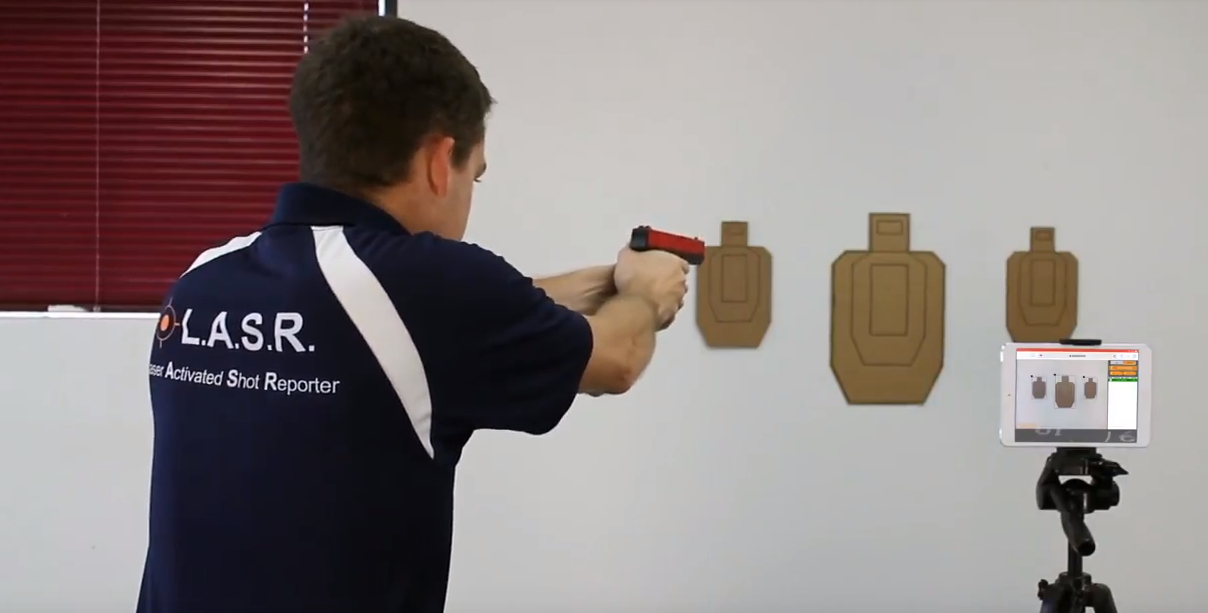 One of our favorite dry fire training tools just got better. L.A.S.R X now works with all devices, whereas the previous version only worked with certain devices like Windows operating system.

L.A.S.R. X, or Laser Activated Shot Reporter X, now works with all Android and iOS smart phones as well as Windows and MacOS computers to help you train for what may come. LASR is compatible with any laser shot device, whether it's your SIRT training pistol or a laser shot cartridge insert from another company in your every day carry (EDC) gun.

The main goal is this: Help you get better with your shot placement, and thus, get better at self-defense and competition.

A laser is required and so is a webcam either on your smartphone or computer. The tool allows you to see real time results and make real time corrections to help you get better at self-defense. You can practice on multiple threat targets, or just one. Here is a video showing it in more detail:

If you read our blog or are familiar at all with our brand, you know that Jacob is the president of ConcealedCarry.com. I asked him for a quote about why he loves LASR, and this is what he said:

Dry Fire is inherently good by itself but when combined with LASR it creates a Virtual Training Environment that provides the feedback necessary to build real shooting skills quickly.

Take that quote, along with the fact that he's personally trained thousands of people how to shoot and manages one of the largest databases of self-defense firearm instructors around the country, and bring it straight to the bank.

You can buy the LASR-X here. It costs $120 for a lifetime license but the value is immeasurable as you can train in the comfort of your own home and see improvements on a screen.