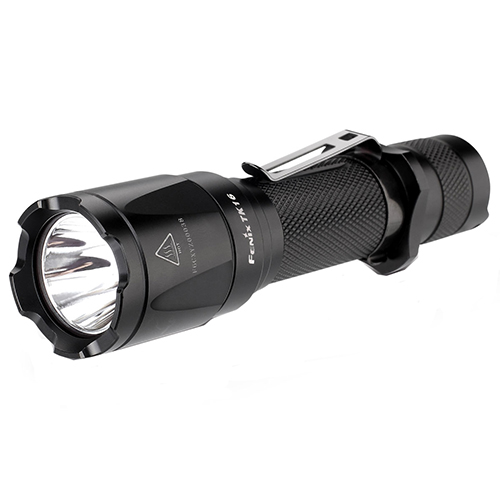 All about flashlights. In this episode of SHOP Talk, Riley goes into much depth on the different kinds of EDC flashlights, weapon mounted lights, the batteries they use, and other flashlight goodness.

Like what? For one, Riley debunks the thought that the brighter the flashlight the better. While the ultra high lumen flashlights may take away more darkness, they can also hurt your vision in a low light self-defense scenario.

Imagine using a light indoors and coming up on a mirror with it or even a white wall inside your house. You can temporarily blind yourself in the darkness if you do that, so having the brightest light, as you can see, isn't always the best, as some assume.

Also discussed in this video are weapons mounted lights and their uses, the effectiveness of a strobe light on your EDC flashlight, and the different types of batteries and battery life associated with them.

Even though some of the different kinds of lights he spoke about may have different levels of usefulness, I think it's safe for us to say that we can agree on one thing: That you should be carrying at least a small flashlight on your person.

The number of reasons why you should have a light are tremendous–if for no other reason than you'll use a flashlight way more often than you will just about anything else. Let's think about this for a second.

Under no circumstances should you mount a light on your gun and then pull your gun out to light up the room.

That's never a good idea. Nor is it a good idea to just pull your gun out unless you're doing so for a reason.

Do you carry an IFAK (individual first aid kit)? If so, that's great. I hope you never have to use it, and it is not an everyday use sort of thing.

Do you carry a knife? Okay, I'll be the first to admit that I use my knife a lot. I'm always having to cut something open or slice up some zip ties or whatever. But, do you know what else I use just as much? I'm also always using my EDC flashlight.

In fact, my flashlight use is usually on par with my knife use depending on the situation.

My kids are always losing stuff under their bed, or outside while catching fireflies, etc. And, they can be used in defensive situations.

If you don't carry an EDC flashlight, we highly recommend you do so and can even help you with a sale we have running until June 16, 2019. Stick any flashlight from this page into your cart and use the code FlashTalk at checkout to take 15% off. There are some great options in there, and you'll see just how often you use your light.

*Editor's Note* this code cannot be combined with any other offers or discounts on our website.

Busting Some Suppressor Myths
Episode 324: What is Your “Go” Signal?? – John Correia from ASP