Join Our Newsletter
Shop Our Store
MAIN MENUMAIN MENU
By Matthew Maruster on October 18, 2021 in Gear

One of the weirdest product names I've come across is the UpLULA from Maglula Ltd. Of course, no one should criticize you for not knowing what the UpLULA actually is or does. But the product is so good it should probably be in every gun owner's range bag. I've used one for years and finally decided to write a post on the unknown gadget with the wacky name. 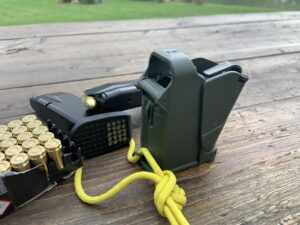 Besides having a unique name, the history of the UpLULA and its inventors is interesting and worth writing about. 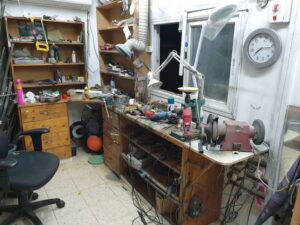 The guys who engineered the UpLULA are father and son Ran and Guy Tal. The website explains a bit about Ran, who was born in Israel in 1936.  Before engineering the magazine loading device, he lived an adventurous life. The site lists these events:

Sadly, Ran died in 2019, but his son Guy continues with the company business. 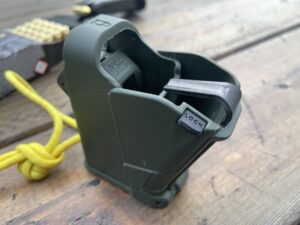 What in The World is a UpLULA?

The UpLULA is a device that allows anyone to fill their pistol mags with ease. I've tested products from other companies designed to do the same thing. In the end, I've found the UpLULA to be the simplest to use out of all of them. That is why I always have one at the range and recommend it as an essential range bag item.

Maglula's standard UpLULA works on most 9mm, .357 SIG, .10MM, .40, .45 ACP and .22TCM single and double-stack pistol mags. It will also work on some .380 double stack magazines. For a complete compatibility chart, click here.

The UpLULA comes in many different colors, and even an American Flag-themed version looks fantastic!

The UpLULA fits inside your palm. To use the device, you slip it over the magazine and press down. A tab on the UpLULA presses down the magazine follower, making room for the cartridge. You can easily drop a cartridge into the magazine, release the tension and retract the tab. Then, repeating the process, press the tab down on the inserted cartridge as you did on the follower.

It is much easier to show you how the device works, so check out the included video.

Often, people struggle to get the final couple rounds in their magazine because, at that point, the spring is very compressed. The UpLULA shines especially in these instances because the device provides much more leverage than your thumbs can. 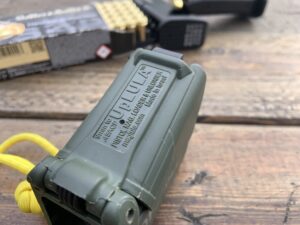 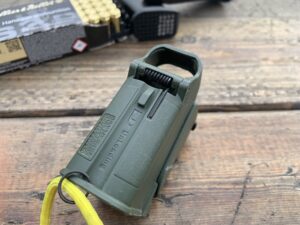 The device also works as an unloader. I don't often use this feature for my pistol magazines because it is pretty easy to unload them. But, as I will mention later, their products for loading and unloading rifles come in extremely handy, especially unloading 30 round AR-15 magazines.

More UpLULAs For Other Calibers:

Maglula designed the 22UpLULA for loading .22LR wide-body pistol mags less than a 1/2″, like .22LR converted 1911 mags and other .22LR converted mags. It has the body width of our UpLULA™ and has a narrower metal beak designed for .22LR rounds.

The Baby UpLULA works with calibers of .22LR through .380 ACP single-stack magazines.

As I mentioned, Maglula didn't stop with just pistol mag loading devices. The company has products to work with 9mm, 5.56, 7.62, .308, and others. In addition, these products work with various size magazines for AR-15 and AK-47s, and bench loaders.

Before I wrap this up, I will mention that Maglula has fought an intense battle against Chinese counterfeit products. But, unfortunately, these knock-offs were prevalent across Amazon and other of the fly-by-night online retailers. 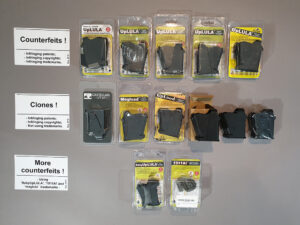 Here is a photo of all the various products that appear to be Maglula products but aren't. We sell genuine Maglula UpLULAs in our online store. If you're a Guardian Nation Member, you can apply your member discount to anything in our store.

Do you use a UpLULA? If not, why not? If you do, share your thoughts on its value.

Understanding 30.06 and 30.07 Signs – Where Can’t You Carry Your Gun in Texas
Clear, Daily Analysis of Kyle Rittenhouse Trial With Attorney Andrew Branca 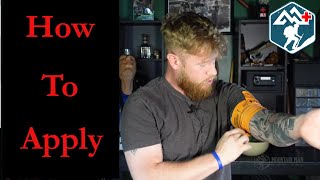