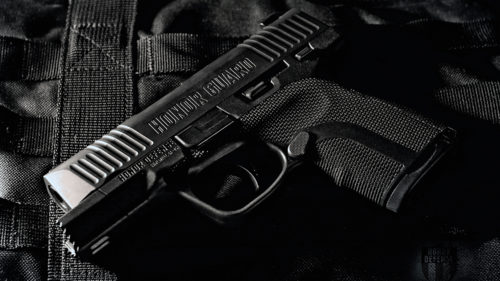 One of the things we pride ourselves on is offering the best concealed carry membership program in existence. If you were to ask any of our current Guardian Nation members, they'd be thrilled to tell you how stoked they are about the many benefits we offer.

We've got an extensive video training library, deeply discounted products, a quarterly gearbox filled to the brim with value, and so much more. You can see all the benefits of joining, here.

The best thing, is that we're still adding benefits as often as we can to sweeten the deal that much more and the price of entrance has never gone up.

Something that's a recent benefit is giving our members awesome discounts from some of our participating industry partners. One of our recent discounts within the last few months was from Ammo Supply Warehouse, and members can't get enough of that cheap ammo from name-brand ammunition manufacturers.

Well, if you were excited about that like we were, get ready to hold on to your butts, because we've got another discount coming your way.

We've been in talks with Gary, the owner of Honor Defense, and he's decided to give our Guardian Nation members a rolling discount on their products. What do I mean when I say “rolling?”

That just means that it'll change periodically, as often as once per month, from my understanding.

I guess it all started with our 12 Days of Giveaways where an Honor Guard Pistol was one of the top prizes being offered and we just happened to roll right into the next deal, which is discounted guns.

Anyway, I can't say for sure what each discount will be because it will change from time to time. I can say, however, that being a member of Guardian Nation will get you a pistol for, right now, way under MSRP.

Again, you have to be a member of Guardian Nation to take advantage of any of our benefits, but they are well worth the price. You're going to shoot anyway, you may as well do it right.

Glock Officially Announces New Silver Slimline Series Pistols
Episode 283: The Next Wave of Gun Control May Not Come As You Think