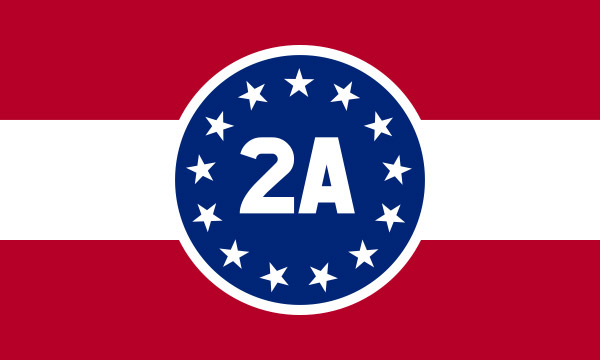 We live in pivotal times, and are more under attack now than in years past. These days, the attacks on the Constitution and the people who believe in it are coming from all sides, and the main attack seems to be on our right to keep and bear arms.

This November 2, 2019 is the Second Amendment Rally that I'm going to strongly encourage you to come to.

The usual excuses for not being able to go won't work this time.

Yes, I understand some of us have actual reasons for not going, but the usual excuses are out the window on this one. Our rights are in jeopardy, even if you don't think they are, and that, to me, is more important.

Besides being one voice for the right to keep and bear arms, there are other reasons why you should attend. First, it's on a Saturday and most of you won't have to work. “I have to work” has been the biggest excuse for past rallies. They've taken that away by making it on a weekend.

Second, I'm sure some of you won't be able to make it because you're too far away and costs for flights ain't cheap. However, I'm hearing that flights are priced pretty good from more than one person. For example, our social media guru and recently de-throned beard king, Mitch, is flying in from Denver.

For those who wouldn't fly, if you get a few of your range or hunting buddies together and carpool to cover the cost, you can save money that way. I'll be making the eight-hour trek up from western North Carolina for only a few hours, and I urge you to go, as well.

Why is this so important? This is the first 2A rally I've seen that is getting good support from a large amount of people. This is also the first event I've seen that's being well-organized by people who seem to know what they're doing. And, if you go to their Facebook page, you'll see just how many big wigs from the industry are getting behind this with their audiences. In fact, I was just looking through it and saw a video of Riley:

If we can't make this one work with all the support it has, then I'm not sure what'll happen next. Our rights are on the line and we need to make a show of power on November 2nd. The rally starts at 1PM in front of the Capitol Building.

And, I'm willing to go and be accosted by the anti-gunners for my children's future. I'm willing to fight for their freedom so that they don't have to. Aren't you?

We have to let them know that our guns are here to stay.

They think we are weak, unorganized, and unwilling to do what it takes to help preserve the very freedoms that our country was founded on. We have to prove them wrong.

I have every intention of making the nearly 8 hour trip. You should seriously consider going, too. You can find out more information, here.

Will you be there? Let us know in the comments below.