Join Our Newsletter
Shop Our Store
MAIN MENUMAIN MENU
By Craig Martin on January 9, 2017 in Offers 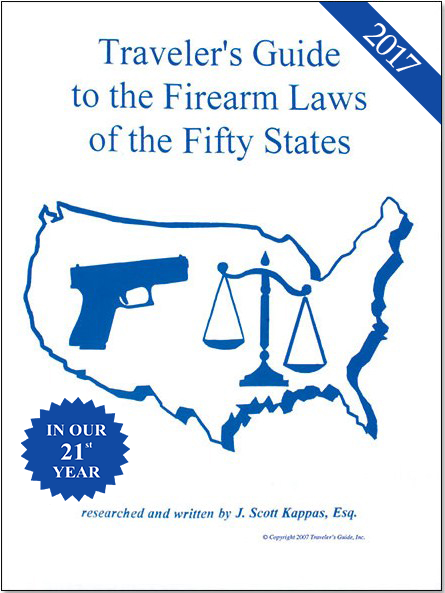 As a new year rolls around, we get a new and much-needed update to J. Scott Kappas' Traveler's Guide to the Firearms Laws of the Fifty States. A book published yearly that translates any and all states gun laws from difficult to comprehend legal speak, into plain Jane English for the average gun owner.

Using this tool, Kappas allows anyone with questions regarding their state's or any state that they are traveling too's gun laws. Such questions that are answered include…

The Traveler's Guide is currently in its 21st year and has sold over 1,000,000 copies since the first edition was published in 1996. This literature is a definite must have for anyone who is armed, and especially anyone who is armed and traveling.

Now this was a busy year with new gun laws, given the changes of campus carry in Texas and Ohio, as well as several ballot initiatives that were brought about with the 2016 election. All of these changes are brought up in this year's Traveler's Guide, making this literature a definite must have for anyone who is armed, and especially anyone who is armed and traveling.

With that in mind, Concealed Carry Inc. is proud to offer Mr. Kappas' book in our store right now. Just follow the link below for more information on one of the most important pieces of gear a gun owner can have.