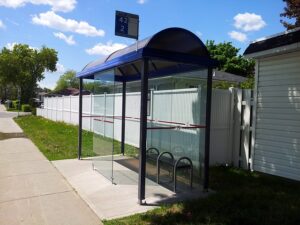 In Detroit earlier in October 2015 a man was sitting at a bus stop waiting for his bus when he was approached by three armed criminals who demanded he hold still or die. They proceeded to take his money. Excited by their loot they were distracted. The victim took advantage of the concealed pistol license he had received only weeks earlier and drew his firearm. Not bad for a newbie… he hit two of them.

“They threatened him and told him if he moved they were going to blow him which is a term for I'm going to kill or shoot you if you move,” Tremaine said. “And that's what ended up happening.”

One of the suspects reached into the victim's pocket and  stole $220. The trio became excited about the money they just nabbed and became distracted – at that moment the CPL holder pulled out his gun and fired.

Detroit's crime rate has been dropping in recent years as the local Police Chief has received national attention as he has applauded locals who have chosen to arm and defend themselves. It would seem those efforts and the reinforcement from the media and law enforcement is paying off.