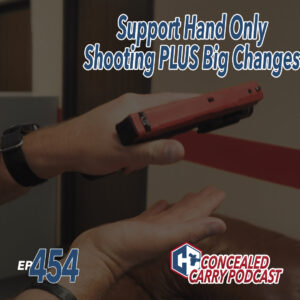 By Jacob Paulsen on November 5, 2020 in Podcast

Riley Bowman and Jacob Paulsen discuss the most recent Shooter Ready Challenge–Support Hand Only Shooting. Plus we out some exciting new changes coming to the podcast all in an effort to further enhance the quality of the show and all the other content we provide! 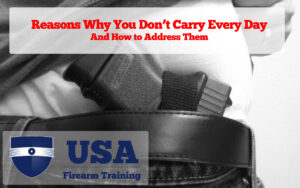 Even among those who have gone to the effort of applying for a concealed handgun permit to carry concealed in their state, a majority (according to our surveys) still don’t carry concealed on a regular basis. The reasons vary significantly but we have attempted to build out a list below of the most common ones […]