Join Our Newsletter
Shop Our Store
MAIN MENUMAIN MENU
By Joshua Gillem on December 10, 2019 in News 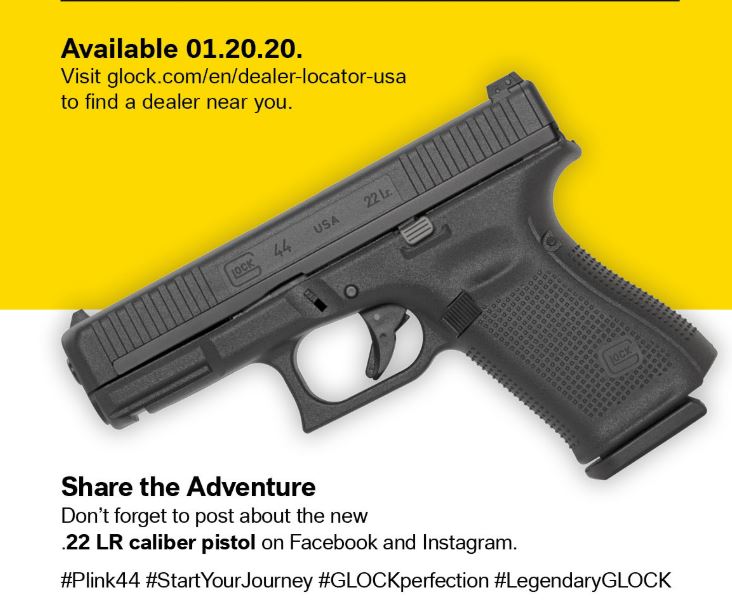 Seems as if Glock has been taking hints from one of their competitors in an attempt to build up anticipation for new releases, instead of just sending us out a press release. A couple weeks back any media professionals who are on Glock's email list were sent out an announcement of a coming announcement.

That email had a register button, a graphic, and some words inside it. What were we registering for? Well, nobody really knew until today. Here is the email they sent to us: 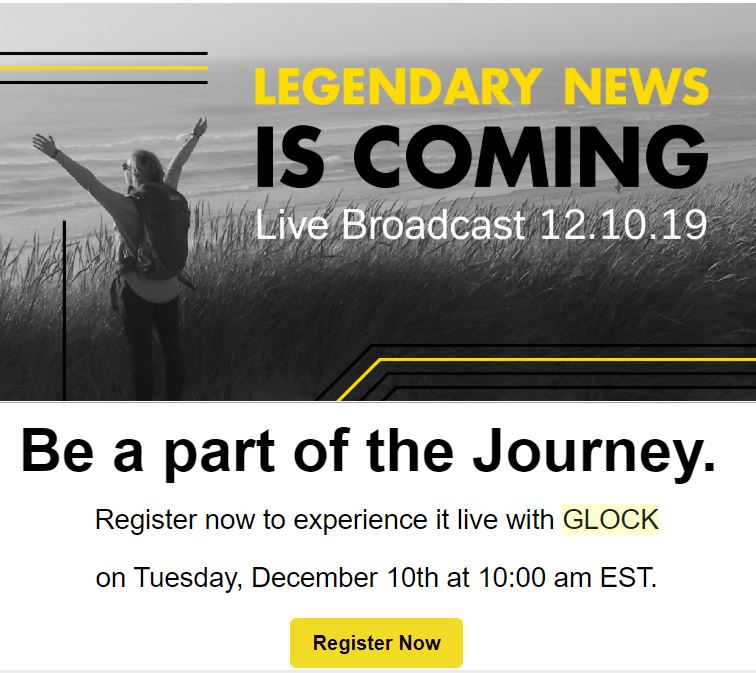 This email was followed up by another email confirming our registration that said Something Big is Coming! This whole thing, to me, feels like a marketing technique they learned by watching how Springfield Armory releases their new guns, which is kind of irritating.

At least it is to me. Personally, I'd rather if we were all just sent the email with the press release in it all at the same time. But, that's not what is important and I understand the hype when the hype is actually worth it.

As we were all wondering what the “Something Big” that is “Coming” actually is, discussing it throughout the media portion of the gun industry, we finally got our answer.

At 10:00 am EST they announced what their legendary news is:

Glock's newest pistol is the Glock 44, a 22 LR chambered, G19-sized pistol. I am currently (as of this writing) in the webinar and was able to pull some screenshots for you to see. 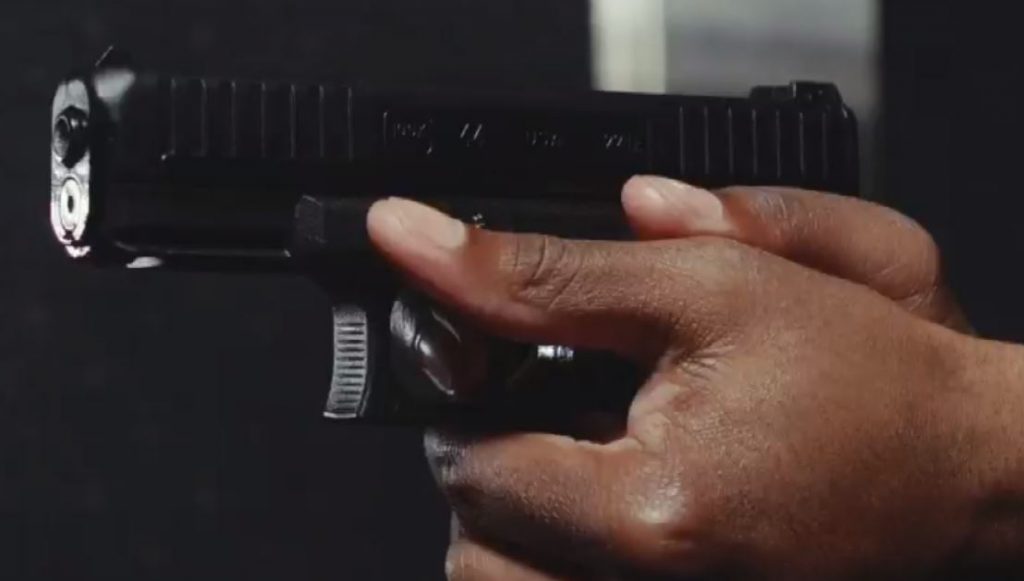 According to Glock, the G44 is the same size as the G19 is, and is likely a perfect transition point from being a beginning shooter, to someone who is more confident in shooting a more potent gun, like the G19 or similar.

Because recoil is less, as is muzzle blast, this is a good option to help build confidence in newer shooters. And, it has the added benefit for more experienced shooters to train with a more affordable ammunition, enabling them to put more lead on paper, and have the ergonomics transfer over into a self-defense pistol.

Thank you for staying tuned with us for this news. Overall, with several new releases so far this year in anticipation of SHOT Show 2020 it's looking like this will be the year of the pistol. Stay tuned as we undoubtedly cover as much of it as we can.

What Is a Shot Timer, and Why You Need One
Episode 372: Soft-sided Holsters and Responsibility in the 2A Community