Join Our Newsletter
Shop Our Store
MAIN MENUMAIN MENU
By Craig Martin on February 28, 2018 in News 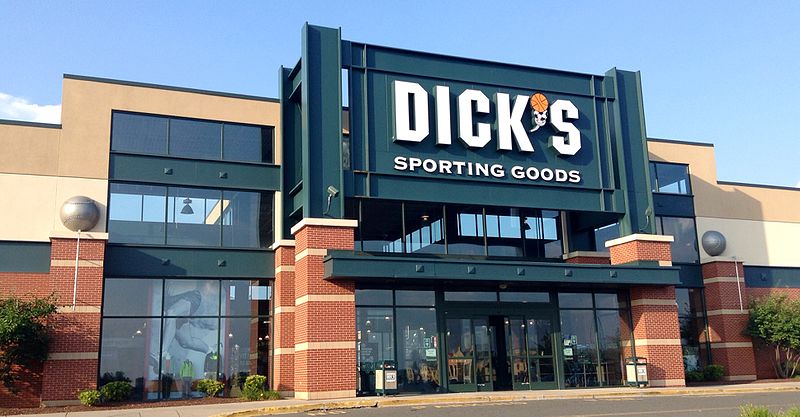 The Anti-Gun backlash continues throughout the United States as Dick's Sporting Goods, one of the nation's largest sporting goods stores has announced that it along with its more outdoor-centric subsidiary, Field & Stream will be making immense changes to the company's policy regarding the sales of firearms.

Dick's CEO, Edward Stack announced on Wednesday morning that the company and its subsidiaries will no longer be selling high-capacity magazines, firearms that it refers to as “Assault Rifles”, or for that matter ANY firearm to a person under the age of 21. A move which flies in the face of the second amendment.

Stack and other Dick's higher ups who approved the decision are taking a more vocal approach to turning their businesses more anti-gun than others did last week when a myriad of companies including Delta Airlines, Metlife Insurance, and Hertz Rent-a-Car all ended arrangements they had with the NRA. Stack actually came out and voiced his company's new anti-gun stance on Wednesday.

“When we saw what happened in Parkland, we were so disturbed and upset. We love these kids and their rallying cry, ‘enough is enough.’ It got to us.”

Now while the vocals are a change of tune for Dick's, this change of policy is not entirely new for them. After the Sandy Hook Massacre the company removed “Assault Rifles” from its shelves for a short while, but this time, according to Edward Stack the ban on these firearms will be permanent.

Dick's management's decision may have come from an internal investigation the company made where it discovered that they had sold a firearm to Nicholas Cruz, the perpetrator of the Parkland Shooting several weeks ago. Though it has been stated that the firearm sold was not the same one used to commit the attack.

But even through Edward Stack's anti-gun message, he stated that he and his company are still pro-gun and will continue to sell pistols, shotguns, and rifles for sports shooting and hunting aficionados and that he himself was a fan of trapshooting.

Through all of this though, Stack stated that he understands there will be backlash to his decision but according to Mr. Stack…

So what do you think of this decision by Dick's? Will you continue to shop there or is this now another slot on your no-go list of anti-gun businesses? Let us know what you think in the comments below.

Episode 203: Study Shows Schools Safer Now Than in the 1990’s
The NRA Is Killing Our Kids?