Join Our Newsletter
Shop Our Store
MAIN MENUMAIN MENU
By Joshua Gillem on July 2, 2019 in Gear 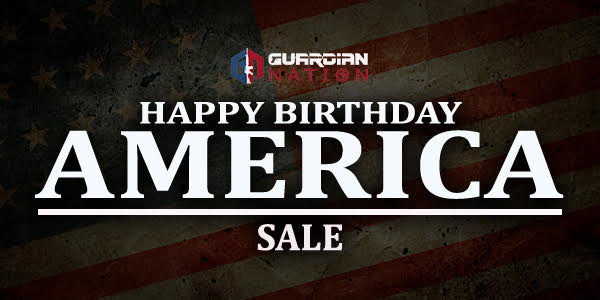 Due to things that were unforeseen by ConcealedCarry.com and outside of our control, we have postponed our Happy Birthday America Sale for a full 24 hours after a large portion of websites around the world were affected by outages.

We don't know what happened just yet but a large portion, approximately 10% of the internet's websites were down. You can read more about what happened, here.

As of right now everything is restored. To be fair to our Guardian Nation members who set alarms to take advantage of this morning's sale available only to them, we have POSTPONED the sale for exactly 24 hours.

This means that if you have plans to buy any of the door busters that we've made available to you for 75% off MSRP, you can still do that, starting tomorrow morning. Here is a statement made by our company president, Jacob Paulsen: 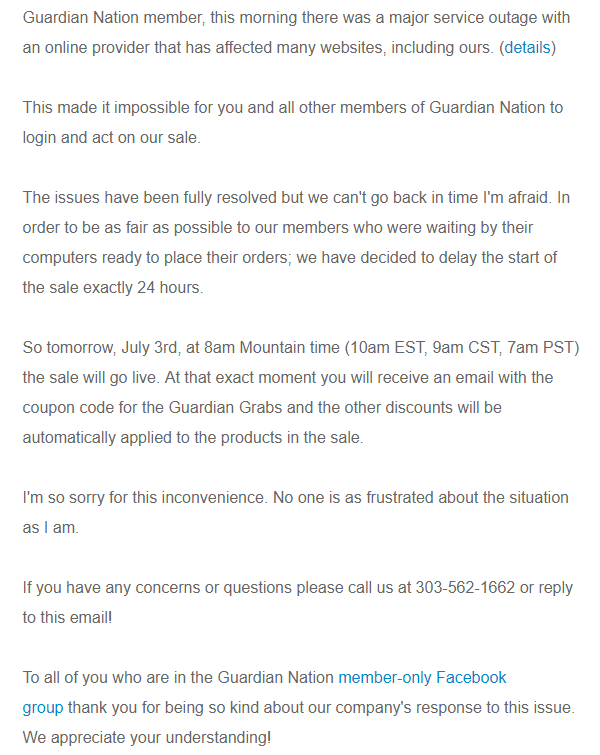 There is a silver lining for those who have been meaning to join GN and have been on the fence or simply forgot. You still have the chance to not miss out on these door busters and the rest of the sale, which has great stuff in it.

You can see what we have in the sale, right here. If you're enticed to join in on the sale, you can find more information on how to join Guardian Nation, here.

Thank you for your understanding.

Episode 330: Legal Q&A with Andrew Branca and Chad Enos at KelTec
Episode 331: Getting Started in the Firearms Industry