Join Our Newsletter
Shop Our Store
MAIN MENUMAIN MENU
By Joshua Gillem on August 8, 2019 in Gear 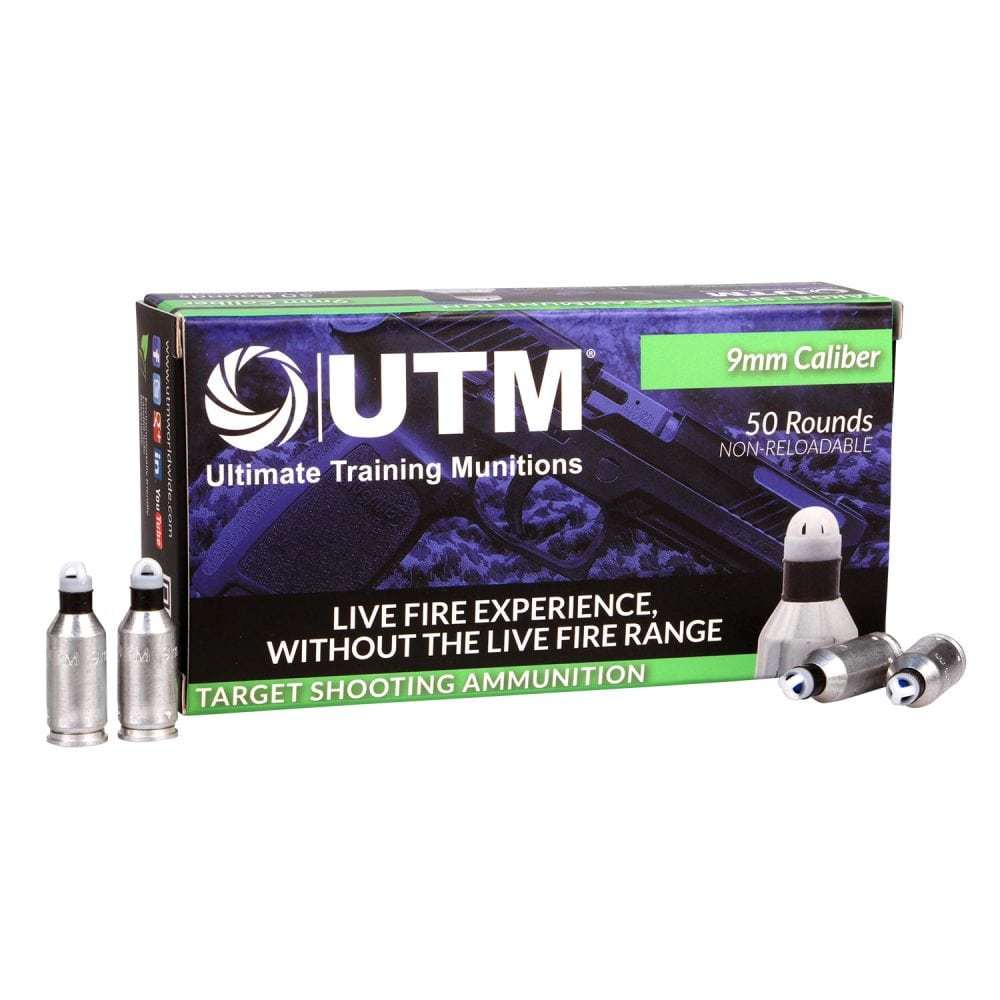 There is immense value to real force on force simulation training that cannot be overstated. The ability to train with others using actual scenarios can give you the dos and don'ts that you may not have picked up by just shooting at a static, paper target. The info you take away from these scenarios can save your life.

There are a few different ways to do this type of training, each with varying degrees of realness. Some people use paintball guns or airsoft guns. The problem with this is they don't allow you to use your actual firearm. Airsoft can get close, but it still isn't the gun you're going to be carrying on your body, nor is the recoil believable.

One of the best examples of this force on force training comes from our good friends over at UTM Worldwide, who also just happen to be a sponsor of our newest course called Fighting From Cover.

UTM, short for Ultimate Training Munitions, allows you to convert your actual firearm into a safe training tool that fires a safe projectile.

UTM offers different options that allow the users to fire small, slow-moving projectile that weighs less than one gram, or fire no projectiles at all.

This type of training allows you to conduct real-world scenarios where ear protection isn't required, giving the users a more immersive experience, and allowing them to train the way they are. And, there is a lockout system to prevent the firing of actual live ammunition.

Here are some stats I pulled from their website:

We recently had the chance to set up a small scenario in a 5.11 Tactical store where we were on-location filming for our next course, Fighting From Cover.

During this time, we conducted some drills and used actual force on force training to show everyone watching the course at home the best case scenarios for fighting from cover. You can watch a small video about it, here:

The result was a lot of great filming and knowledge that we hope you'll end up gaining when released. You can sign up to find out when this training will be made available, here. You won't want to miss it.

I also urge you to take a look at UTM Worldwide's website to check them out. And if you ever get the chance to take some REAL simulation training, I urge you to do that as well. It's a great time and what you'll learn can be fallen back upon in a real-world critical incident.

One Response to About UTM Worldwide