You’re in the mall with your family and are walking down the main hallway on the way to the food court. You’re with your wife and she is happy because she was able to purchase a pair of shoes she wanted. Your son has a smile on his face and he has the play area in sight. You’re holding your sons hand when you hear what sounds like firecrackers. You pause for a minute when you hear gun shots and see people running towards you in fear. You have logged numerous hours at the gun range, practiced dry firing in your home and mentally prepared yourself to use deadly force. You lift up your shirt to retrieve your weapon system (firearm) and are prepared to be the hero when you look down and see the fear in your 6 year old son’s eyes.

The Department of Homeland Security (DHS) defines an active shooter as an individual actively engaged in killing or attempting to kill people in a confined and populated area typically through the use of firearms. Victims are selected at random; the event is unpredictable and evolves quickly. In this current age active shooter situations are on the rise. Cities San Bernardino, Colorado Springs, Roseburg, Chattanooga, Charleston, Newtown and now Orlando have had active shooter situations in the past. To date Orlando is now our nation’s worst active shooter situation where 49 people were killed and over 50 injured by a deranged mad man hell bent on killing as many people as possible in the name of a ISIS.

Situational awareness is one of the first terms I instruct my students and is a term you should learn. If you are in public you should be in condition yellow and should always be observant of your surroundings especially when you’re with your family. You should be aware of all exits if you need to evacuate a building for an emergency (fire, earthquakes, active shooters, etc). When sitting inside a restaurant I recommend you look for the exits, where the bathrooms are located and sit where you can see the front door. You should choose a seat close to an exit when in a restaurant so you can observe the front door. Knowing where your exits are is very important in order to make a quick escape out of an occupied building during an emergency. The following quick suggestions should be followed and is my advice for concealed weapon carriers if you find yourself in an active shooting situation. 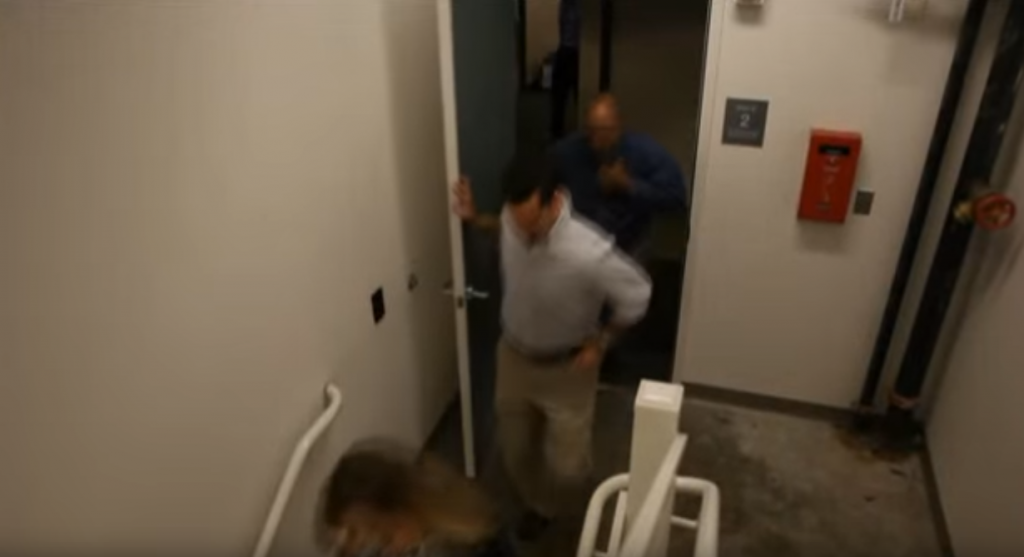 If you cannot escape from the immediate area and you find yourself in a building, office, bathroom, etc. then you need to hide. The first thing you should do is try to barricade yourself inside the room. If there is a door you should lock it and place as many objects in front of the door so that the active shooter cannot enter the room. Use anything you can find, for example; furniture, refrigerators, boxes or at the least yourself and barricade the door. Once you have barricaded the door you should get as far away from the door as possible. Do not stay directly behind the door because the active shooter could fire through it if he cannot gain entry. DHS advises that you should attempt to hide in an area out of the shooter’s view, block the entry to your hiding place, lock the doors and silence your cell phones. This is a bad place to be but it may be your only option if you are unarmed. If you are carrying a concealed weapon being barricaded may be your safety net due to the fact the active shooter will not know you have a firearm. At this point you should set up a barricaded position either behind cover or at the least behind concealment (cover will stop or slow bullets where as concealment is hiding behind something so the shooter cannot see you). You will have to wait with your weapon in a ready position and if the shooter enters the room you will be able to engage your active shooter from cover. 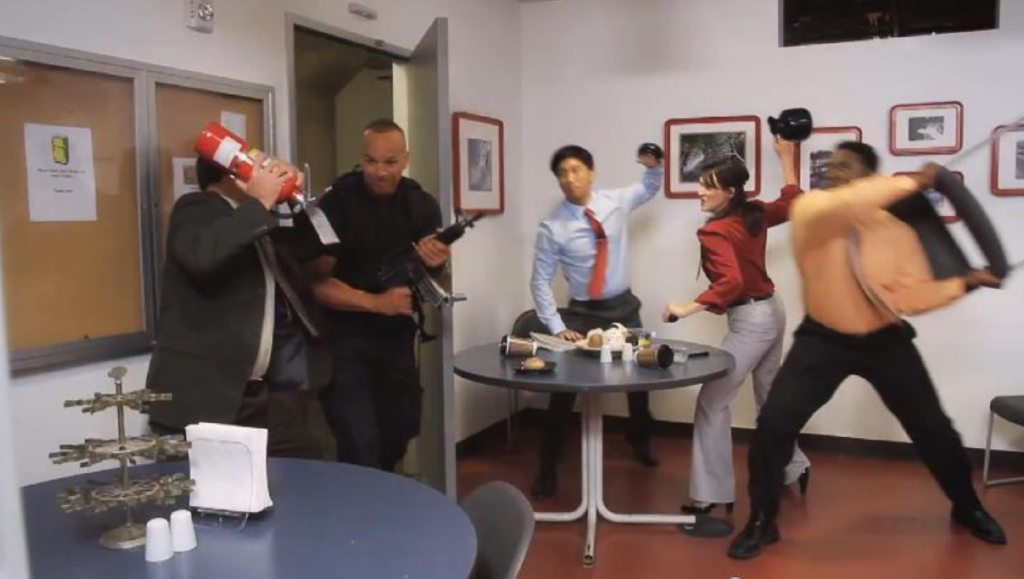 If you do find yourself engaging an armed suspect you can guarantee law enforcement officers are on the way and there is a very high likelihood you could be mistaken for the active shooter. It is imperative that you or someone else call 911 to give them a detailed description of what you are wearing with as many details as possible so that responding law enforcement officers do not mistake you as the active shooter. May I add that it’s a good idea to carry extra ammunition if you are carrying a concealed firearm. It’s always a good idea to prepare for the worst. “Prepare the battlefield for success.”

At this point you have mentally made the decision to fight and you now have to decide if you should get behind cover and wait until the active shooter is in sight or should you get into the ‘warrior mindset’ and take the fight to the active shooter. If you have no choice but to fight I recommend aggressively engaging the active shooter. The Air Marshal Service teaches the art of immediate aggression towards an armed individual by closing the distance when actively firing. Surprise, aggression, speed and a ‘warrior mind’ set can win you a gun fight. An aggressive movement towards the active shooter will surprise him and he will be caught off guard when he is met with an armed private citizen who is shooting and aggressively closing the distance.

While in the gun fight you more than likely will hit some road blocks on the way to success. This can be anything from firearm malfunctions, being wounded, running out of ammunition or the active shooter has a long gun. Not everyone is a Navy SEAL but if you are in a gun fight you need to overcome these problems and keep in the fight. Stay in the fight and engage your threat aggressively until you have won. Remember that you are in a fight for your life and there are no time outs during an armed engagement or second chances with an active shooter.

In closing if you decide to carry a concealed firearm it’s a great responsibility. As Ben Parker stated in the movie Spiderman; “With great power comes great responsibility.” Carrying a concealed firearm is a choice and also a right under most states. Your chosen weapon system (handgun) should be an extension of your hand and should only be used when you are in imminent threat of serious bodily harm or imminent death.

*Images courtesy of the Department of Homeland Security

Jay Lacson is a NRA instructor living in central Florida. He served honorably 3 years in the US Navy and 6 years with the US Army, held the rank of Sergeant and served as a pistol instructor while assigned with the Army. Jay also served 2 years as a correctional officer and 9 years as a federal law enforcement officer. Jay has over 20 years of professional firearms experience and training.
View all posts by Jay Lacson →

Episode 28: I Stopped a Stabbing in Detroit
Episode 29: The Call for Gun Control in the Wake of Orlando

6 Responses to How to Respond to An Active Shooter Situation

Leave a Reply to Doug Click here to cancel reply.