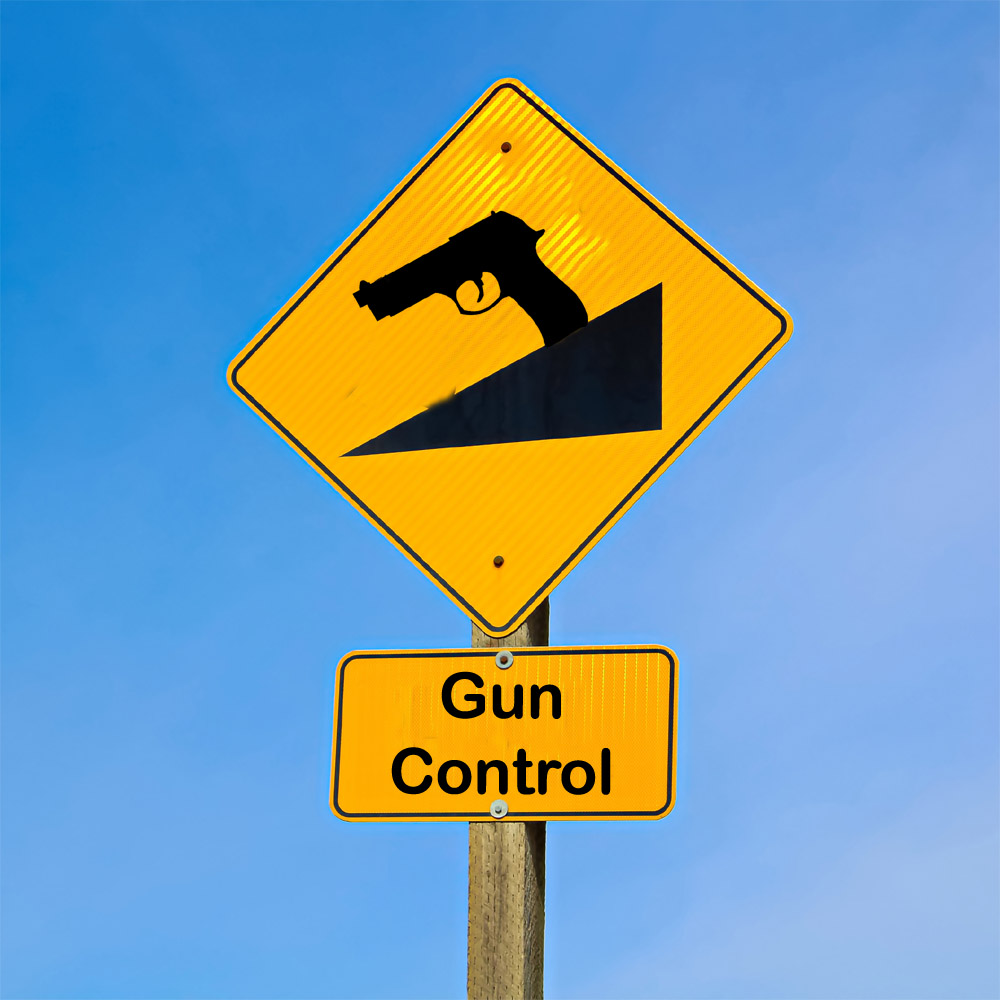 What Is The Argument?

Those in favor of stronger regulation of firearms often run into the “Slippery Slope” argument from gun owners and those that are pro gun rights. The argument is essentially the “if you give a mouse a cookie” argument that suggests that we generally fear that any little gun law that further restricts firearms rights will ultimately lead to confiscation and the removal of the 2nd amendment right to keep and bear arms.

These proposed regulations are often times referred to as “common sense” gun regulations, and while that sounds great on the surface, because nobody wants a psychopath to open fire at an elementary school, they end up turning into a slippery slope that can lead to the destruction of American Rights. Let's explore this in more detail.

If you are a person who just desperately wants one of these “common sense” gun laws to be passed but do NOT want the ultimate repeal of the 2nd amendment, I imagine this whole argument would be very frustrating.

We aren't trying to take away your guns … just make it harder for bad people to do bad things, so please calm down and get on board!

I'm sorry to say, but I don't think you actually know what you are asking for, and every end needs a beginning.

The Intent Could Be Debated But Doesn't Matter

Let me clarify that there are various different intentions among those who want to pass additional gun laws that further restrict ownership or use of firearms.

Some people and politicians legitimately do want to confiscate and remove firearms from the public. We know because they tell us so. This includes high level politicians who make comments about wanting to “follow the example of Australia” or “confiscation could be an option” or “if I could have banned them all, I would have.”

That said, I generally believe that many Americans who currently support laws like Universal Background Checks, Firearm Registration, Magazine Capacity Limitations, and others — don't actually want to fully disarm America. They simply see these proposals as solutions to a “gun violence” problem that wouldn't necessarily remove the right of the public to own firearms.

So, we can all agree that not ALL those in support of these firearm laws are intent on the full confiscation of firearms BUT I'm here to tell you that your intent doesn't matter. It doesn't matter because the premise is flawed. The premise consists of these two beliefs:

2: These proposed laws are not meant to and shouldn't lead to confiscation

Both premises are false both independently but also one because of the other. Why?

Because proposed laws will not stop violent crimes and therefore will lead to gun confiscation.

How Then Does This Slippery Slope Work?

Lets begin with the first part of the premise which is the primary focus of this article. You believe that passing laws will stop violent crime. It won't. You don't have to believe me or agree with me … it's a topic for another day but understand that those of us who fight back against these legal proposals feel strongly that those proposals won't stop any of the violent crime AND because we don't feel it will work, we think it will lead to confiscation. Let me explain.

If you will, for a moment please accept my premise that your legal proposals won't stop the crime (don't worry when you finish reading this you can go back to thinking I'm wrong) then you may be able to comprehend the slippery slope argument we speak of.

What,  for example, will happen if we pass all the current gun restriction proposals and the crime keeps happening? You will want more gun laws. When those laws don't stop the violence then what will you do? More laws right? You see, ultimately, you will pass laws until you confiscate guns because everything else you did up to that point had no affect on deterring violent crime (including firearm related violent crime).

Let me give you an example of how this could work:

So next you pass a law to create a firearm registration database. After all, this is the only way to enforce the Universal Background check law you passed. Plus, this way law enforcement can check any given gun in any given citizen's hand (or at a crime scene) in the database to find out who last registered/bought it, and verify if a background check was performed when it was transferred to the person currently in possession.

Sadly even with all the guns that exist in the country somehow magically tied to their rightful law abiding owner, violent crime will still continue because, just like before, bad people will steal guns, pass background checks, register their guns, or start making their own guns at home with tools and materials from Home Depot.

So what do you do now? You still hate all this violent crime taking place. So you decide you have to remove the really scary guns. Semi-automatic rifles, shotguns, and handguns. Pump action shotguns, and magazines that hold more than some arbitrary amount of ammunition. This is, in part, is a form of confiscation, but you can't really think of anything else to do to stop the violence. After all, you have tried everything else, right?

Let me also address the other premise, Namely That These Laws Aren't “Meant” To Lead to Confiscation

Maybe you are a wonderful American citizen who really does respect the 2nd amendment and as I stated before, legitimately doesn't want to see all guns taken away from American citizens. To you I say, not everyone standing beside you in this debate feels the same way. Many Americans really DO WANT TO GET RID OF ALL THE GUNS. Many of those Americans are in positions of power and influence. Consider for a moment that you are one of those folks. Pretend for a moment that you want to get rid of the guns. How would you do it?

Work backwards with me:

I want to get rid of all guns …

First I must be able to identify all guns. If I don't know where the guns are and who has them how can I force citizens to give them up? So I need to get all guns registered into a database and eliminate the clause in the 1996 FOPA law that prohibits such databases from existing.

In order to create the database I need to find a way to get all firearm transactions and transfers reported to the government and allow that those transfers can be recorded. Since the law already requires that guns purchased from licensed dealers be run through a background check the easiest way to reach the goal is to just require that all transfers (not just those by dealers) also go through background checks and then repeal the law that prevents those background check records from being kept permanently.

So thus I start by campaigning for Universal Background Checks.

So You May Not Agree With Me But:

OK, I understand you may disagree with some of my arguments, but at the very least I hope this gives you some insight into understanding why pro gun rights people and supporters see so many of the current firearm proposed restrictions as a slippery slope to eventual and inevitable confiscation.

If you want to learn more about why these specific proposals won't stop the violent crime from happening please consider these other relevant articles:

Everything You Need To Know About Universal Background Checks

Are Guns Registered In A National Database?

Leave a Reply to Joe Click here to cancel reply.