Join Our Newsletter
Shop Our Store
MAIN MENUMAIN MENU
By Joshua Gillem on July 8, 2019 in News 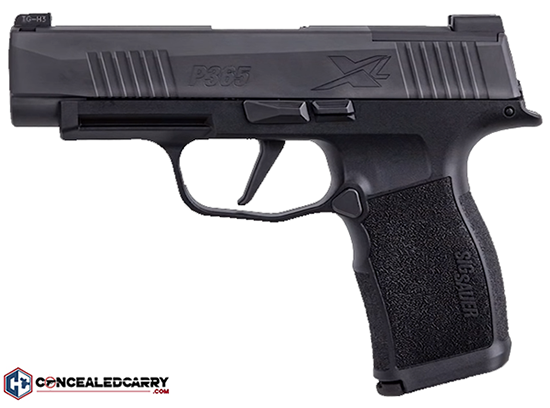 It's official, Sig Sauer just sent out a press release announcing that their much anticipated 365XL is available for purchase in stores. You can find more about them on SIG's website or you may be able to find them for purchase at Brownells.

This is a highly anticipated release from SIG, who continually thinks outside the box to bring customers exactly what they want. I know many of us carry a P365 for everyday carry, and I have formally requested a 365XL to review from SIG Sauer. I'll keep you posted on when/if I get it and will post a review, here.

Tom Taylor, Chief Marketing Officer and Executive Vice President, Commercial Sales had this to say in the press release:

When the P365 was introduced it hit the market by storm, and was a game-changer when it comes to Everyday Carry, by delivering unprecedented capacity in a micro-compact size. The P365 instantaneously became the top-selling pistol, and one of the most award-winning pistols in history. With the P365 XL we have once again redefined Everyday Carry by delivering 12+1 capacity, or 15+1 capacity, in a highly concealable, compact profile while bringing many of the XSERIES features to the P365 that are extremely popular and sought after by consumers.

I also suspect that holster support for this gun will be fantastic, if the original 365 was any indicator. Stay tuned.

The internet is abuzz this week just after the USCCA's Concealed Carry Expo with the announcement of SIG Sauer's newest family member, the P365XL. Sig's newest pistol is based on their ever in demand P365, but with a few key upgrades.

The XL is a bigger version of the micro compact 9mm pistol, with a 3.7 inch barrel and a grip extended out to accept 12 round mags (and hopefully bigger) from the factory.

Other cha cha cha changes (you know you sang that) include the addition of a removable rear sight plate to install an optic, a flat trigger, and an extended beaver tail.

Here are some more stats on this X-Series pistol: 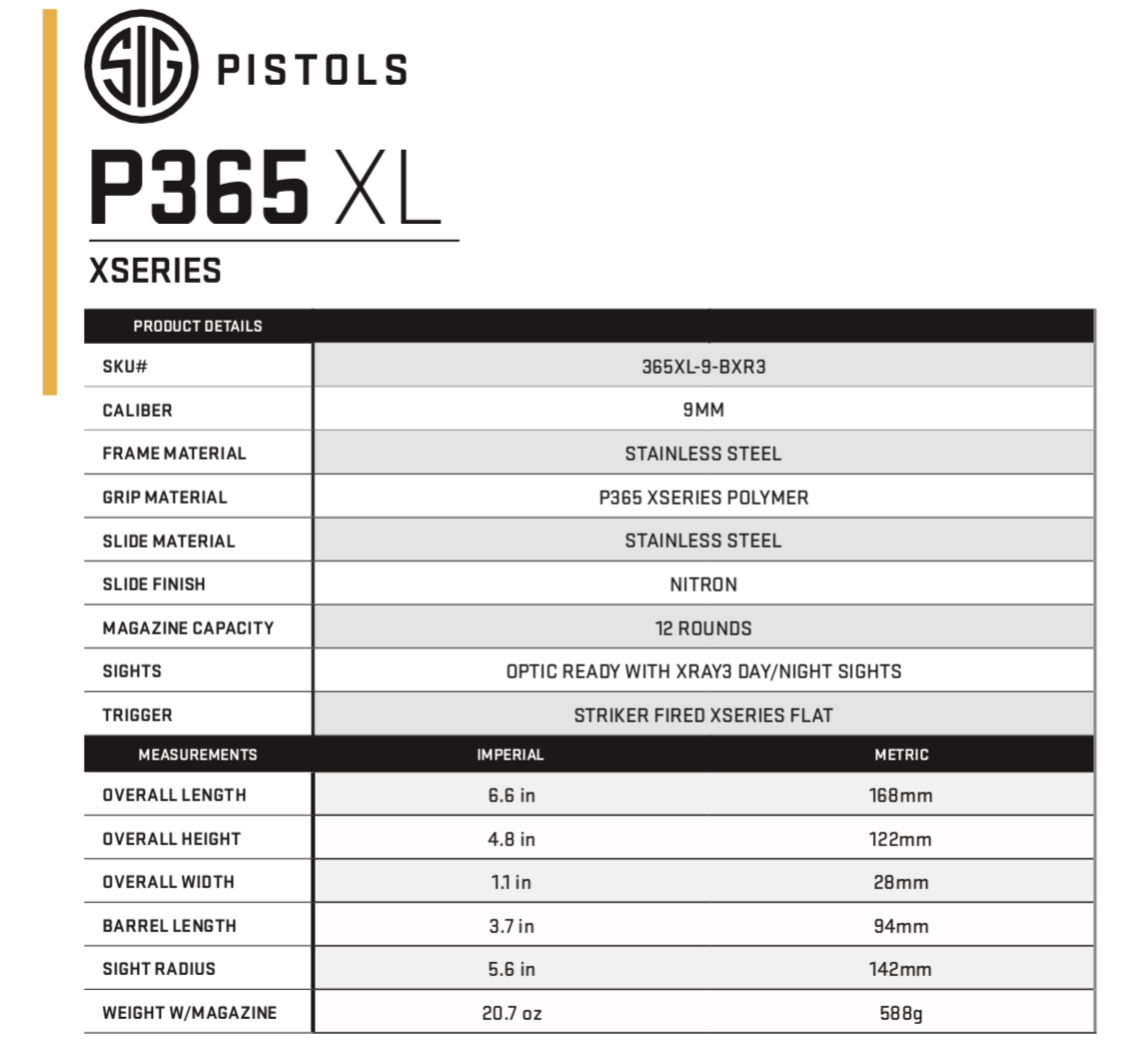 We don't have an MSRP just yet, but are going to assume that it will cost at least a little more than the current P365 offerings. Heck, as of this writing the SIG Sauer website doesn't even show this option, though we are expecting that it will start shipping sometime next month. 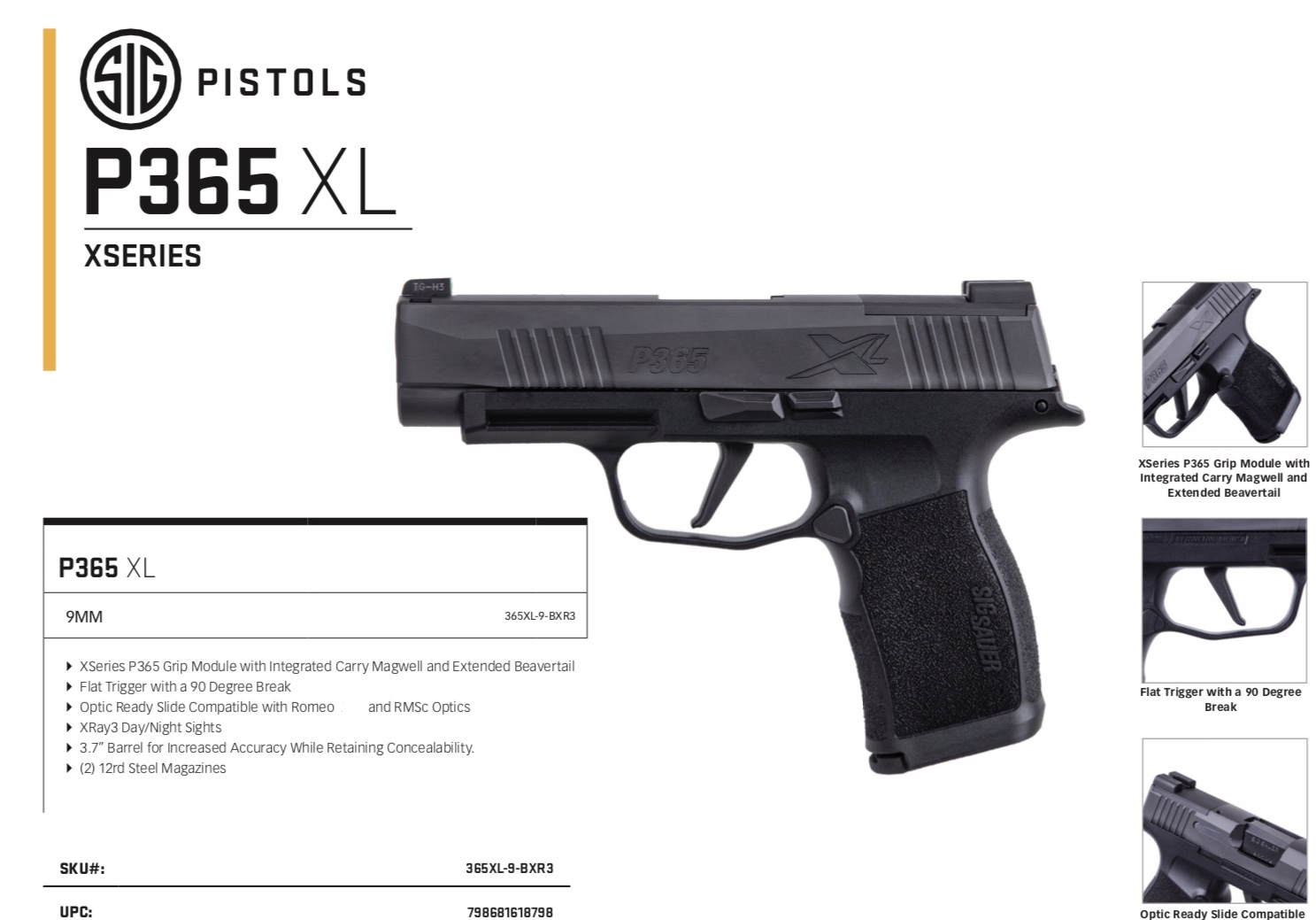 One thing I'm wondering about, is the magazine. I'm curious if there will be an extended version of the mag for this gun, like a 14 or 15 rounder, that may also work in the original P365. If there is modularity there, that can only be seen as a win. Then again, it is slightly wider, so they may or may not be interchangeable. We'll follow it.

Make sure you stay tuned because I'm sure one of us will be getting a P365XL to do a review on, to see if it is worthy as a concealed carry piece. You can find Riley's original P365 review, here, if you're interested to see what he thinks about it. It's very long, and very in depth–but an excellent read.