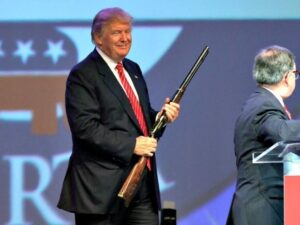 With Donald Trump making his way into the White House on January 20th, many gun-owners are rejoicing. And with more fervor than with a typical Republican incumbent. Mr. Trump has stated in no uncertain terms his love of the 2nd Amendment. He plans to fill the supreme court with pro-gun justices, stated that he believes their should be no limit to what guns the public can purchase, and is planning on putting forward a bill that would mean national reciprocity for concealed carry.

This means that there would be one succinct rule on your ability to carry concealed around the country. No more state borders, no more reciprocity maps necessary. Just one country, free for permitted concealed carriers to travel to whichever state they please, period.

However with any governmental and legal change, there will be some pushback and compromise may be necessary on some key issues in order to get it passed. What's worse is that it may not even get passed at all. Just because Trump will be in office does not mean that all of his plans will pass. There will be some challenges to all of his ideas and today we are going to take a look at a few challenges that may face his planned national reciprocity

CHALLENGE 1: CAN TRUMP GET IT THROUGH CONGRESS?

Voting in the Congress does mean that you need a simple majority to push legislation through. This is something that the usually pro-gun Republican party has right now in both houses of Congress.

Getting a proposed National Reciprocity bill through the House should not be a problem at all, but when it comes to the Senate, things get a little hairier. While the Republicans have a 52-48 lead in members of the Senate, they fall short of the magical “Super Majority” of 60 and that's important.

Were the Republicans to have 60 seats in the Senate, they could overrule an attempt at a Democratic filibuster. But with only 52 seats, this bill will have to reach across the aisle and have 8 Democratic Senators agree with its content, or it is very likely that National Recprocity could die on the floor of the Senate.

CHALLENGE 2: FORCING THE STATES TO FOLLOW EVEN FEDERAL LAWS CAN BE DIFFICULT 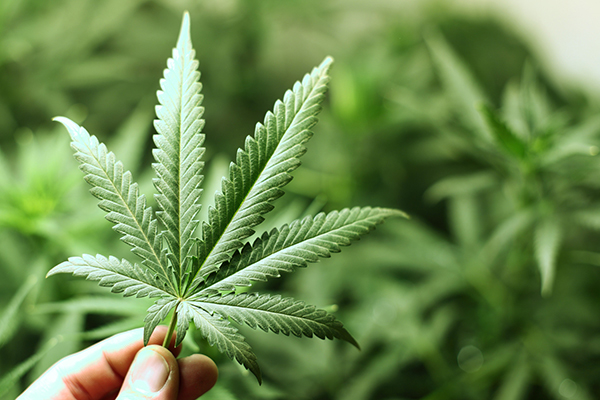 Now let's say that Challenge 1 is overcome and national reciprocity does get passed into law. That's it? Law of the land. Done and dusted, right? Not quite. Just because a mandate is passed down by the federal government doesn't mean that the states get no say in the matter. Let's take a look at a huge issue that is the opposite way right now. Something that the federal government maintains is illegal, but some states do not. Marijuana.

This election saw recreational Marijuana legalized in California, Maine, Massachusetts, and Nevada, bringing the total number of U.S. States with legal pot to 8. This, while the U.S. deems it a Class I substance, akin to Heroin.

Now how do states get to go against U.S. Law? It's simple. Due to the fact that we are a Republic, the states get a say in what goes on in their borders. Therefore any state can amend its constitution to go against the grain of government by amending its own constitution. It's how sales taxes are different, drugs are criminalized and how states have different reciprocity for concealed carry permits.

Challenge 3: IF IT HAPPENS, STATES MAY ONLY EXTEND THE RULES THEY HAVE NOW 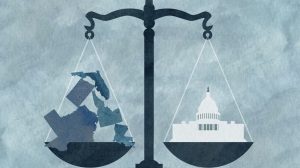 And since the states have rights all their own, even if National Reciprocity became a reality tomorrow, it only requires that states extend the same rights to permit holders from any state that they extend to permit holders of their own state. So if the state of Hawaii which has some of the most restrictful concealed carry laws in the country was ordered to open its borders to carriers from all 50 states, those entering the state would still have to abide by these stifling rules.

And on the worse end of that spectrum, seeing that some states may be against national concealed carry, they may look to those states with restrictive rights and take a page from their playbook, starting a wildfire of red tape, so that many may be deterred from carrying at all.

So while it is nice to be excited for someone who shares the ideals of the common gun owner, in Donald Trump, remember to stay vigilant to these ideas that are being talked about. Just because an idea sounds good on paper, doesn't mean that it's going to happen, or if it does that it will be anything like what was originally intended.

Leave a Reply to Doug Click here to cancel reply.