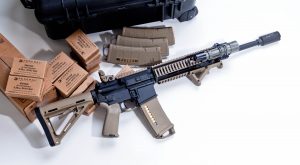 On Monday, Feb 26, 2018 in Oswego Illinois, Dave Thomas (no relation to the Wendy's guy) stopped a knife-wielding attacker from killing another man. And he did it with his…AR-15. Thomas saw two men arguing outside an apartment.One of the men pulled a knife and started stabbing the other. Thomas ran to his home and retrieved his AR-15. He returned to where the man was being stabbed and pointed his rifle at the attacker, who was still stabbing the victim. He ordered the attacker to stop, which he did. The attacker fled the scene and was later located by police. The victim was transported to the hospital and is expected to survive. 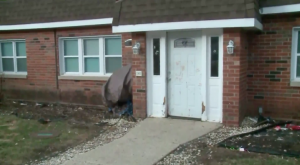 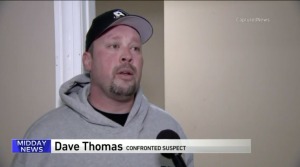 Now you see why this story gets no love in the media. Because it is yet another story of a civilian using a firearm and in this case the dreaded AR-15 to save a life. Sadly this does not fit the narrative that is being forced upon consumers of the major media outlets. Truth is this story is not unique, and these incidents happen daily. You will never see CNN cover a story where lives were saved by civilian gun owner, and not a shot had to be fired. And this fact brings up another reason statistics for defensive gun uses are so inaccurate. Uniform Crime Reporting (UCR) will document this incident as an aggravated assault or similar. Nowhere will this incident be listed as ‘good guy saves a life with a gun'. It disappears into a black hole never to be documented as proof that civilians with guns save lives all the time.

Thomas, who happens to be a concealed carry licensee and firearms instructor makes the case for why the AR-15 is one of the most popular rifles in America. The gun is easy to operate, produces minimal recoil, reliable, customizable, adjustable and accurate. The AR-15 is superior in many ways to the old standby home defense gun…the shotgun. Because the many pellets cast out in a large pattern, shotguns loaded with buckshot, cannot be used unless the threat is isolated. When shotguns are loaded with slug rounds, there is a strong recoil from the shot. This makes shotguns difficult for smaller, weaker people to manage. The Ar-15 doesn't have this problem. The shotgun is still a viable home defense gun, but the AR-15's benefits are moving it into more American's hands as the go-to firearm for home defense. 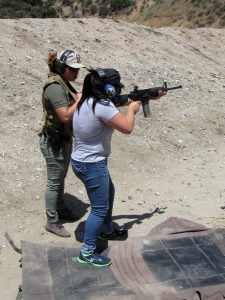 Leave a Reply to Geo Click here to cancel reply.