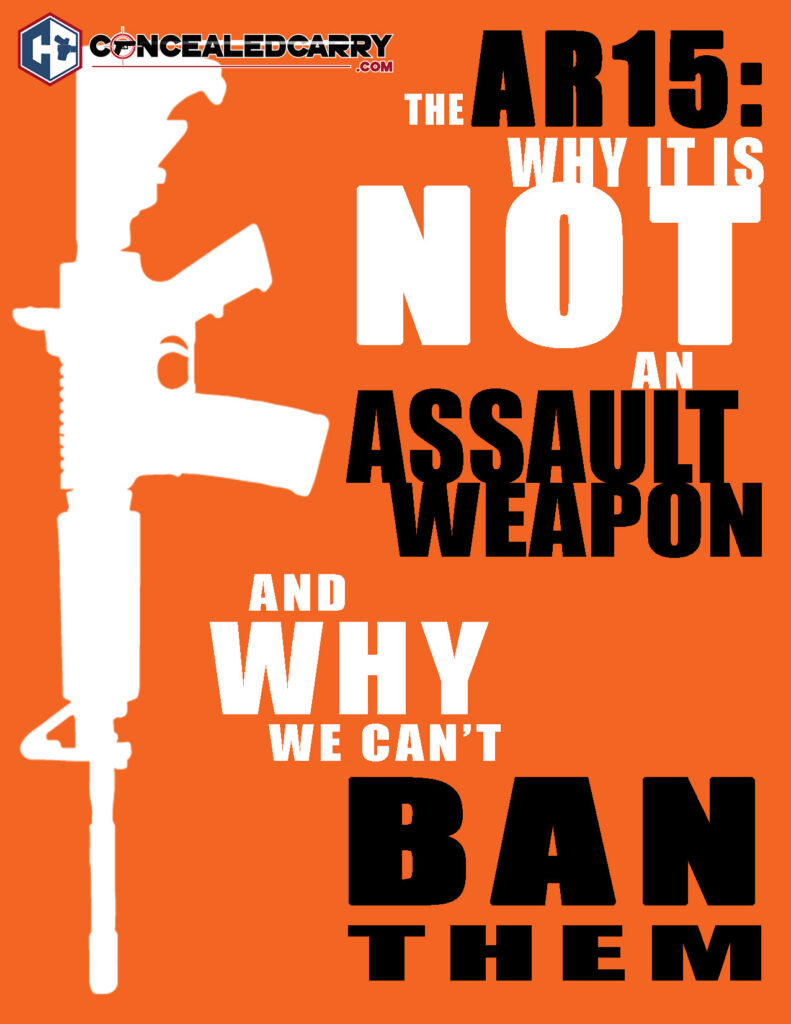 An assault rifle is a selective-fire rifle that uses an intermediate cartridge and a detachable magazine. Assault rifles were first used during World War II. Though Western nations were slow to accept the assault rifle concept after World War II, by the end of the 20th century they had become the standard weapon in most of the world's armies, replacing battle rifles and sub-machine guns. Examples include the StG 44, AK-47 and the M4-A1 rifle. -Wikipedia

That is the definition of an assault rifle according to Wikipedia. A well worded, concise answer to, what seems to be a simple question. However, this topic has a little more meat on its bones as you may have seen if you have opened a laptop, turned on a TV, or flipped through a paper over these past few months.

The AR-15 Is NOT An Assault Rifle

All throughout the news and political sphere these days, the assault rifle is at the center of discussion. The recent string of mass shootings are bringing about a new found ground swell of gun reform speak, mainly directed towards this type of firearm, but even more specifically than assault rifles, much rhetoric is being thrown at the AR-15. After all, it was the main firearm used during the Aurora theater shooting, Sandy Hook massacre, and the terrorist attack in San Bernadino, so it’s understandable that the weapon has become synonymous with death and destruction in the national psyche. But this firearm, at the center of the re-ignited assault weapon ban debate, is not even an assault rifle.

That’s right. There are several major differences between the AR-15 and what constitutes an assault rifle. Many people will say “It’s right there in the name! AR stands for assault rifle!” But it does not. The AR actually stands for Armalite rifle and 15 is the model number. Armalite being the company that created the AR-15.

There are many misleading “facts” out right now in the nation’s gun debate, so to dispel some of the rumors and rhetoric, let’s take a look at some of the facts of the AR-15 and of assault rifles, so that we can see where the differences lie. 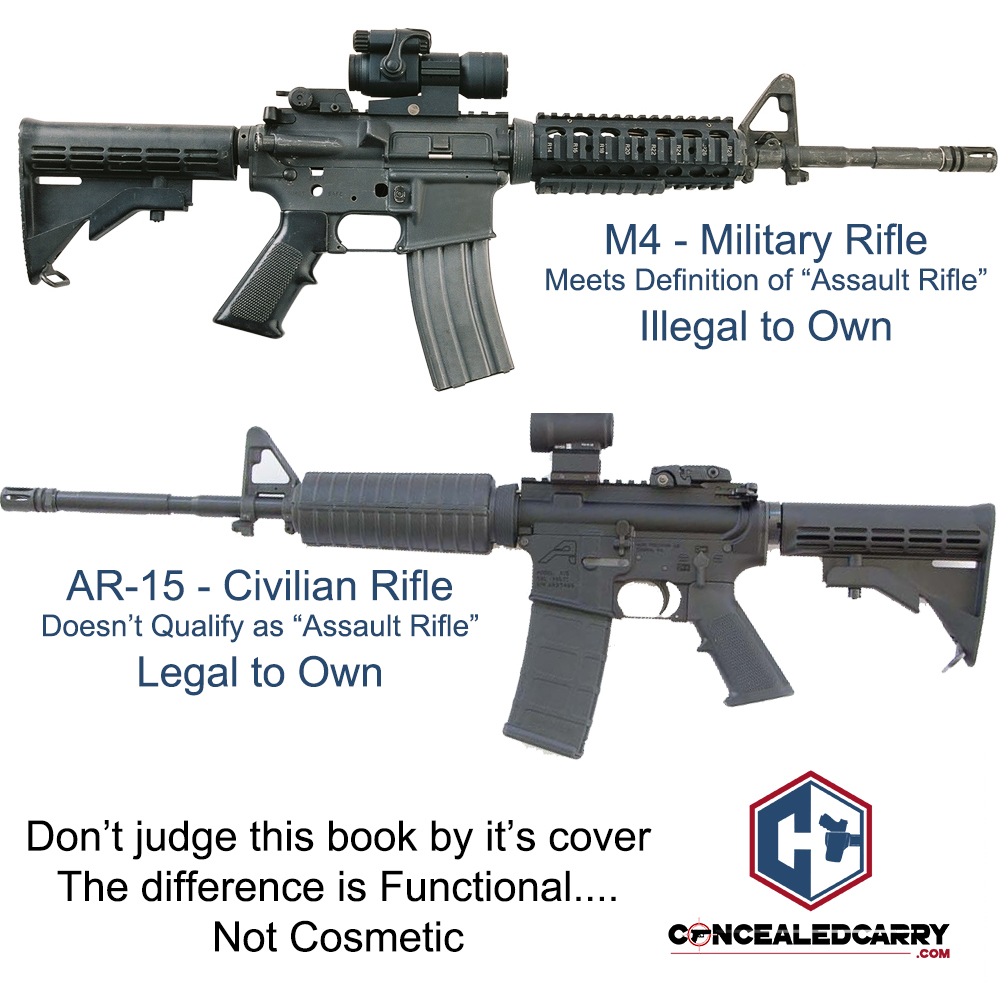 The AR-15 is the civilian equivalent of the U.S. Army’s standard issue M4-A1 and both use the same 5.56mm rounds of ammunition, and look very similar to one another and admittedly, that does sound a little dangerous to the average person on the street. When someone hears the words military weapon and see a gun that can sometimes be the spitting image for one of the main weapons that the U.S. army uses, people may get a little nervous. But what the average person, who hasn’t done their studying, may not realize is that while the AR-15 can be considered related to an M4-A1, they are not the same. If they were, people would just sell M4-A1’s.

No, there are several differences between the AR and its cousin. The major one, and the one that gets all the press, is precisely what disqualifies the AR-15 from being a military grade assault rifle. The AR does not have the automatic firing capabilities of any of the three rifles mentioned in the assault rifle definition at the top of the page. The AR-15 is semi-automatic, because that is what a U.S. citizen is legally bound to be able to buy, without the proper paperwork. According to an article Rational Basis Analysis of “Assault Weapon” Prohibition by David B. Kopel, written for the Journal of Contemporary Law

In other words, assault rifles are battlefield rifles which can fire automatically. Many civilians have purchased semi-automatic-only rifles that look like military assault rifles. These civilian rifles are, unlike actual assault rifles, incapable of automatic fire.

That is the major factor when looking at the difference between these two rifles. An assault rifle being a fully automated fire capable firearm vs. weapons like the AR-15, that while, by appearances look like they could fire fully automatic, can not. However, if you’re like me and want to do some fun reading about the schematics and really get into the nitty gritty of comparing the two firearms, AR15.com has a wonderful analysis showing the differences right here.

Then Can We Just Ban All Semi-Automatic Rifles Like the AR?

Understanding the difference between fully automatic guns and semi-automatic guns; you can more fully appreciate the challenge in trying to pass legislation to ban the AR-15 or similar rifles. You might be tempted to ask… “should we ban all semi-automatic rifles?” You can't do that either… unless you are suggesting that we should ban the most popular hunting rifles and shotguns.

Most handguns sold today and a large majority of shotguns and other rifles also have semi-automatic firing systems. This makes it impossible to go down that road. Here is a clear illustration of the point: 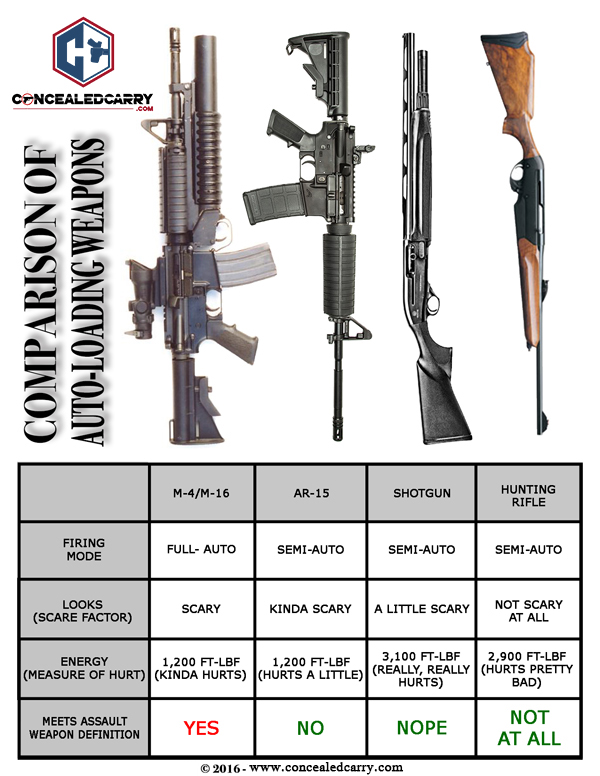 Now that is all well and good, and hopefully you have some material to take a look and see for yourself what constitutes an assault rifle, at least on a historical standpoint. However rarely is an issue like this going to be accepted as that easy to define and that’s where political debate comes in. Debate, by its definition should be about people coming to a consensus about an issue based on both sides bringing in facts and after a time coming to a decision about what the subject truly means. And with the subject of defining assault rifles, much debate rages, and has done so since 1994 when the federal ban on assault rifles was first brought to congress. 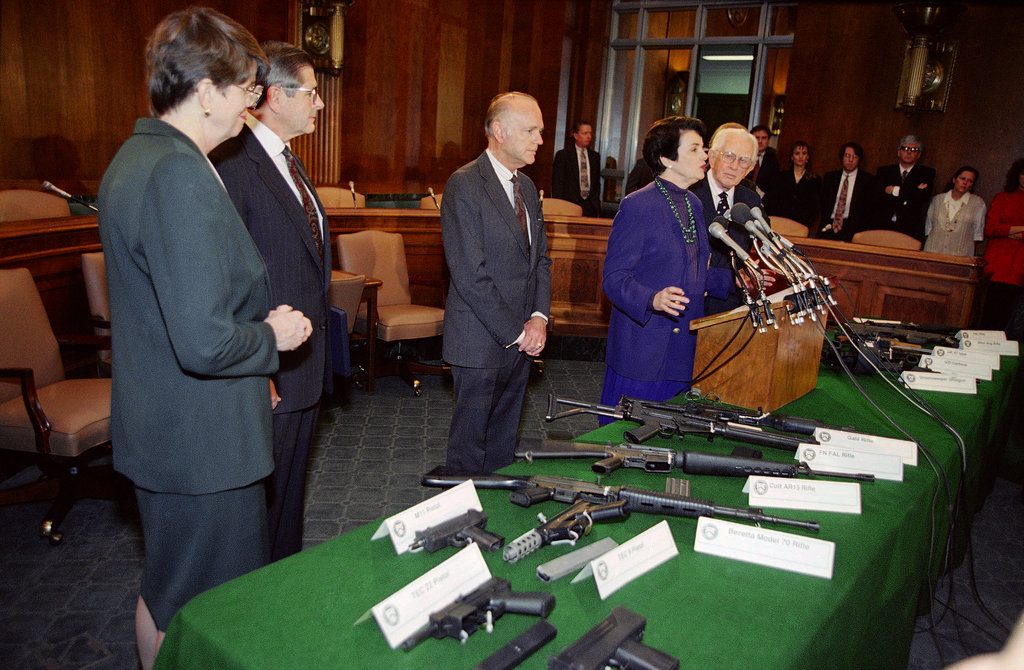 In 1994 a law was passed at the Federal Level most often referred to as the Assault Rifle Ban of 1994. The law outlawed a variety of guns, including rifles and high capacity magazines. It had a 10 year provision which set the law to expire in 2004 if there wasn't enough support to renew it. It died and wasn't renewed because there wasn't enough evidence to show that it had any affect at all on stopping crime.

Here is how the law defined it's prohibitions:

The Public Safety and Recreational Firearms Use Protection Act was a part of the Violent Crime Control and Law Enforcement Act of 1994. Its rules for defining what an “assault weapon” was were as follows.

Semi-automatic rifles able to accept detachable magazines and two or more of the following:

Semi-automatic pistols with detachable magazines and two or more of the following:

Semi-automatic shotguns with two or more of the following:

Now that language does appear to be quite blunt and plain, however, as you can see, these are all attachments. If there was a manufacturer at the time whose weapons did not adhere to these restrictions, what would you do? Close up shop? No. Of course not. You would adhere to the new laws and alter productions, and that is just what happens with newer models of the AR-15. You can take a look at the chart that I posted earlier from ar15.com and see that these can be modified on an M4-A1, but not on an AR.

So after the manufacturers listened to the demands of congress, and the public saw that shootings were still going on, they needed a scapegoat, so they stuck the blame to the same companies and firearms, assumingly because it is what they knew. As public opinion shifted, further rulings were pushed to be implemented. Over time, the add-ons or modifications were debated and attempted to be further taken out of the equation. At one point President Obama even called into question all “military styled” weapons, without giving a greater indication as to what that means.

Consider that the Columbine High School shooting was executed during this 10 year ban and the perpetrators used rifles that met the legal standard within the law. Despite being limited to 10 round magazines and certain makes of rifles being illegal; these students were able to bring a great amount of death and suffering to the school.

So What Are We To Do?

And every time someone brings up a new amendment to the definition of an assault rifle, the debate essentially starts from scratch. Congress and the people trying to find out what exactly constitutes an assault rifle. Beyond the dictionary definition or even that which I posted at the beginning of this article, assault weapon is nothing more than a set of words. It has become painfully obvious that, even with a ban on specific firearms or specific modifications, these tragedies continue to occur. Maybe that’s because banning a single class of weapon isn’t an adequate solution to the problem of gun violence in this country, considering the very AR-15 that is, at many times, the center of this assault weapons debate, isn’t even the the type of firearm congress is attempting to ban.

So what do we do? Is it mental health checks? Is it background checks? Does it go down deeper to attempt to fundamentally understand why each mass murderer or spree shooter does what they do? That very well may be a debate to come, but it apparently isn’t the one people are having today.

We would encourage you to be a voice of reason. Share this article with others when you hear them talk about “military style weapons” that have no place in the hands of citizens.