Join Our Newsletter
Shop Our Store
MAIN MENUMAIN MENU
By Joshua Gillem on May 4, 2020 in Justified Shooters, Opinion 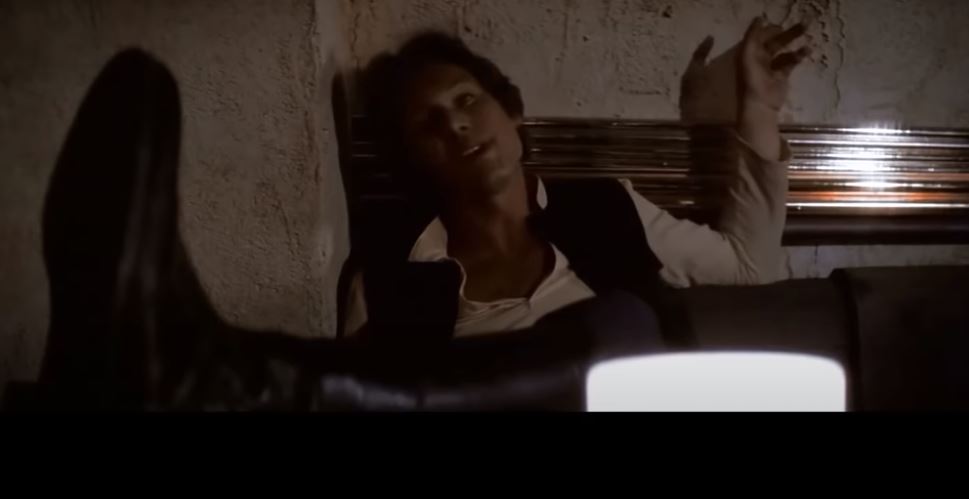 Mos Eisley, Tatooine — A man in a bar had to defend himself after a blue alien with stary eyes held him at the point of a blaster. The incident took place in a dive bar called the Mos Eisley Cantina, which is said to be the most wretched hive of scum and villainy on the entire desert planet of Tatooine.

The justified shooter in this story was attempting to enjoy a night off, in between piloting gigs where he transports goods in his star ship, when his life was clearly threatened at the point of a blaster. The entire incident can be witnessed in the video clip below.

At one point in the video, the villain of this defensive gun use, Greedo, can be heard attempting to steal the money Solo owes the gangster, Jabba, and even threatening Solo with death at one point all while holding him at blasterpoint.

Thankfully, Solo had his own blaster holstered on his body, and was able to keep Greedo talking and distracted long enough to use it in defense of his own life. The points of view in the below video are excellent and show the exact point in time when Solo retrieved his blaster in defense of life — clearly showing that Han Solo not only shot first, but was justified in doing so.

Solo, not normally known for his excellent marksmanship skills, was thankfully close enough to the bad guy to land an attack-stopping blast on Greedo, dropping him instantly.

You can see the entire scene, caught on camera, in the below video.

After Solo defended himself, the rest of the scum and villainy turned to look, but ultimately went back to their drinks as they've clearly been witnesses to this sort of violence in the past.

As Solo was leaving, he paid the bartender and was polite enough to even apologize for the mess he was forced to make during his defense.

Han shot first. May the Fourth Be With You.

3 Responses to Defensive Gun Use: Han Solo Defends Self in Bar at Blaster Point