Join Our Newsletter
Shop Our Store
MAIN MENUMAIN MENU
By Joshua Gillem on May 18, 2020 in Gear

Every so often we're made aware of items that we've never seen before and really don't know what to think about them. Actually, that's not entirely true because we do know what WE think about them, but want to hear what you think.

One thing I've always said with contraptions I thought were, uh … different, was that I'd let the industry decide without inserting too much opinion into the conversation.

One such contraption is the smart gun. If the industry wants to move towards smart gun technology, it will. It cannot be forced by the government or companies who make this tech. It has to be decided by all of us as a whole.

So, last week the guys and I were sending pics back and forth regarding some things that have surfaced. Let's take a look at three of these more interesting finds. 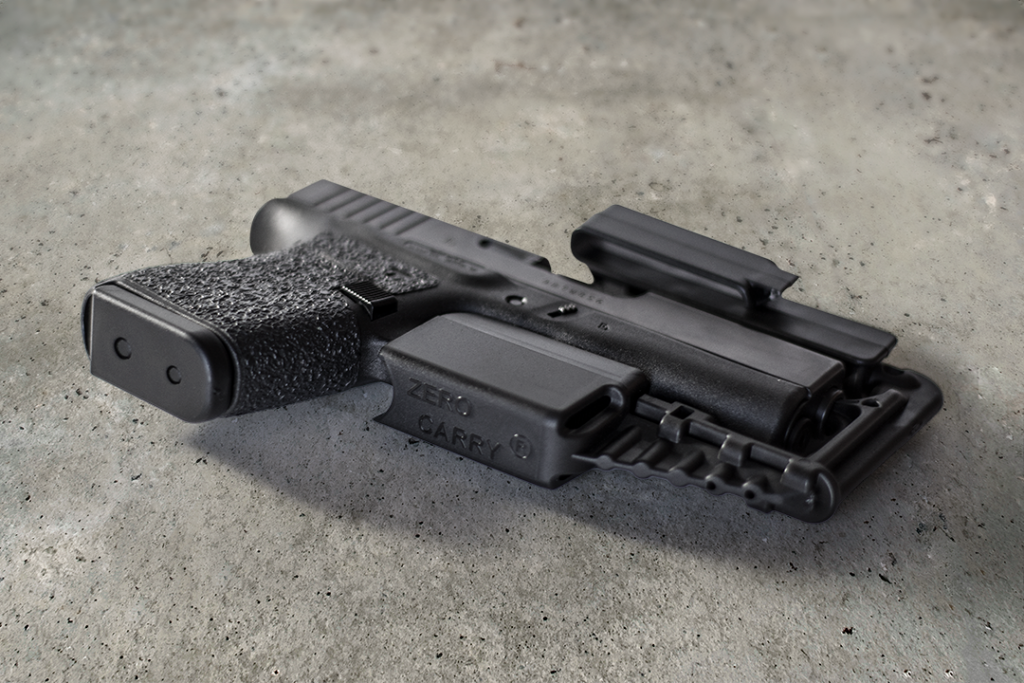 These guys sent an email to one of my non-Concealed Carry emails bringing attention to it.

The Zero Carry Holster is universal for guns chambered in 32 ACP and up. It is made out of what looks to be an injection molded plastic that offers three different components to it for a zero bulk carry.

The first component is a clip that attaches to your clothing and keeps the gun/holster combo on you. The second one is a trigger guard that helps prevent you from shooting your junk off.

And, finally, you have the part that actually holds the gun which is a rod that slides inside the barrel and stays there until the gun is drawn.

I feel like I remember another company doing something similar to this, but refuse to base my assumptions off something someone else has done.

What are your thoughts about a “holster” that holds the gun by inserting a plastic rod into the barrel? Let us know in the comments. 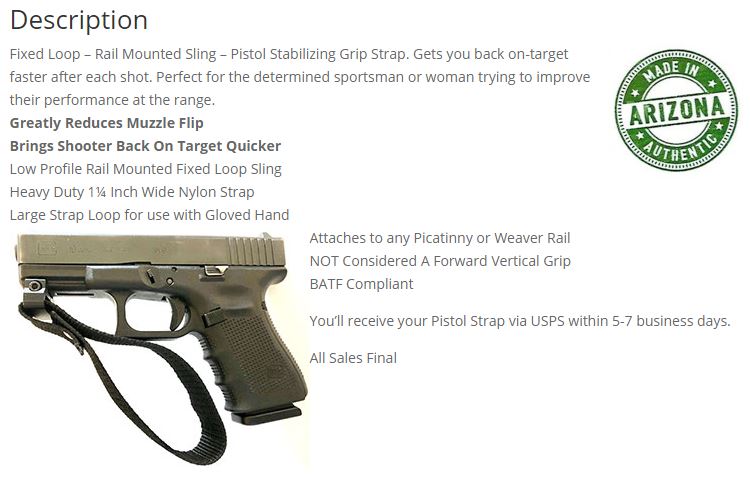 So this one showed up on our Facebook feed at the end of last week. It's apparently a strap that attaches to your gun's accessory rail that I guess puts some kind of downward pressure on the muzzle to keep you on target while you're shooting.

I won't discuss much more about it since the above screen grab comes from their website, and has all the information you need on it.

What are you thoughts on the Pistol Strap? Let us know in the comments below. 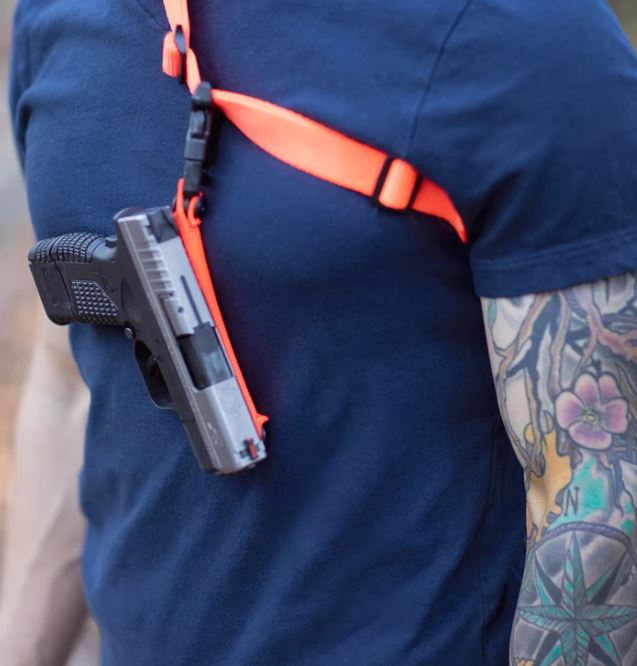 This is another one we saw floating around on our social media feeds over the weekend. This one is called the Sul Sling and is basically a strap with rare earth magnets that are meant to keep your gun up around your chest line that may allow for quicker access to your sidearm, er, chest arm.

I will say that rare earth magnets do a good job of sticking to guns. I know this because that's what JM4 Tactical uses in their holsters. I own a few and the magnets do work well.

What are your thoughts on the Sul Sling? Let us know in the comments below.

What say you? Does the market demand any of these products? While the holster is likely mean to be an everyday carry sort of thing, the other two are not.

Are Background Checks For 80% Guns On The Horizon?
How To Overcome Anticipation To Shoot Better

2 Responses to You Decide: Are These 3 Items Good Pieces of Gun Gear?