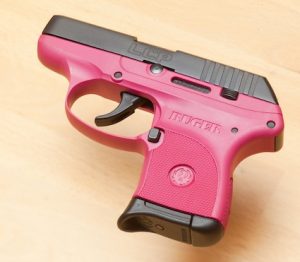 The Ruger LCP is a micro-compact gun that is often recommended to new women shooters. But should it be?

By now, everyone should know that women make up an overwhelming percentage of new gun owners and concealed carriers. So much so that companies scrambled to introduce products specifically geared for women. Every woman will tell you this was welcomed, and long overdue. However, there was a problem. At least early on, all of the products being made ‘for women' were being made by men, with no real idea what women need. This resulted in simply shrinking a lot of the gear and producing it in pink, purple or some other pastel, Easter egg color.

Case in point, guns like the Ruger LCP, Taurus TCP or the S&W Bodyguard. Somehow they have become a ‘goto' gun for new women shooters. Whether that is from clever marketing or male gun shop owners who had little experience selling guns to women, the fact is many women have been steered to purchase these guns because of really nothing more than the size, and color. I think we can all agree that a little more should go into the selection of an everyday carry (EDC) firearm, than its appearance. 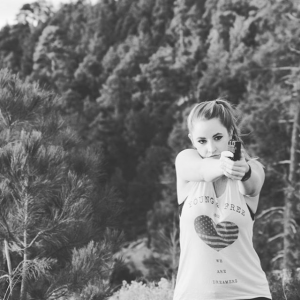 Not everything for women has to be pink.

What is My Beef With these Guns?

Again, micro-compact guns are great and serve a role and purpose. But in comparison to other guns, they are difficult to shoot. Why?

They also have some inherent drawbacks.

Now, this is not to say someone can't shoot these guns well. But placing one of these guns into the hands of a new shooter makes learning the fundamentals that much more difficult. When learning a new skill, especially something intimidating like shooting a gun, early confidence is important. And regardless if it is a new woman or male shooter, slapping one of these in their hand is setting them up for early failure. 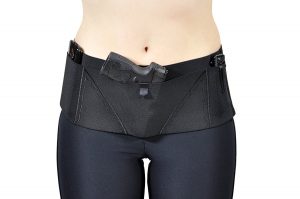 Options like this ‘Hip-Hugger' bellyband holster from CanCan Concealment are giving women options that fit their bodies.

What is The Solution?

First, for a new handgun shooter, I highly recommend starting out with a .22LR semi-automatic, or a full-size 9mm. This allows them to learn and apply the fundamentals with a gun that is easier to shoot. Once the confidence and proper mechanics are there, introduce them to the smaller gun if that is something that appeals to them.

Second, on average, a woman's hand, and body are more petite than a man's. Women's clothing is more form fitting, stylish and usually does not include a belt. Because of this, concealing a larger gun, in a traditional inside the waistband (IWB) holster that attaches to a belt is a challenge. So I see the appeal of small handguns for women. In fact, no matter what I recommended, initially my wife would only carry the smallest gun I could find, a .380 Beretta Pico. Even though she did not enjoy shooting the gun, she was convinced she could not conceal anything larger.

Times have changed, and there are numerous holster companies that got smart and asked for women's input or are flat out owned and operated by women. Looking for female-specific gear? Can-Can Concealment, Lethal Lace, and Undertech are just a few that are focused on providing gear for women's needs. This has provided women better solutions for concealed carry, designed specifically for their needs. These products can make a world of difference in concealing a slightly larger gun. My wife now carries a Glock 43 in a JM4 Tactical Quick Click and Carry holster. 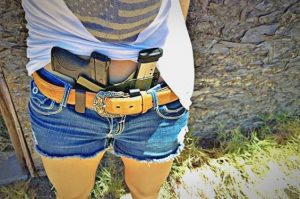 Combining an appendix inside the waistband (AIWB) holster and an M&P Shield is a concealable pair for many women.

The American Rifleman, a publication of the NRA embarked on the most extensive look into what handguns are really ‘female friendly.' The project was dubbed the Ladies Pistol Project (LPP) used 35 woman shooters and exposed them to 18 of the ‘best handguns for women' as voted on by many internet publications. The women ranked the guns using several criteria and if you're following along with the gist of this article, the results should not be too surprising. Here is the best, rated in class:

This is just one part of the important findings that came from the project. You can see the complete list of guns tested and all the data collected during the LPP by following this link. 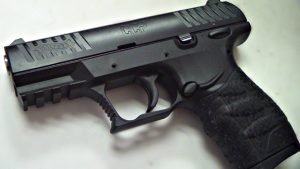 The Walther CCP ranked high in several categories during the LPP

Again, I think it bears repeating that if you carry one of these micro guns, have confidence, and are proficient–you are in a good spot. If you are okay with the trade off of capacity and caliber for size and comfort, again, great. The point is you don't have to be pigeon-holed into a certain gun because of your gender.

We at ConcealedCarry.com recognize that sometimes women can better answer other women's questions when it comes to the world of gun ownership and concealed carry. That is why the company will be launching a second Podcast to augment our highly successful Concealed Carry Podcast. This is going to be a wonderful addition for our female followers.

11 Responses to Women Don’t Have to Carry a Tiny, Pink Gun