Join Our Newsletter
Shop Our Store
MAIN MENUMAIN MENU
By Joshua Gillem on May 12, 2020 in Gear

I've been carrying a concealed gun for a while now. I'm not exactly sure how long it has been but I think I'm approaching a decade (though not quite yet). Those of you who know me, understand that my wife wasn't always the pro-gunner she's grown to be which definitely hindered my getting a concealed carry permit even though I've been a gun owner since I was a kid.

But, that can be a story for a different day.

The guns and gear each one of us carries for self-defense changes over the course of time, and I feel it's a good idea for us to share this stuff with you both for transparency and to show that we live this lifestyle we teach, as well.

My first concealed carry gun was actually a full-size Springfield Armory XD-9. In fact, this gun pictured below is the very gun with tens of thousands of rounds through it: 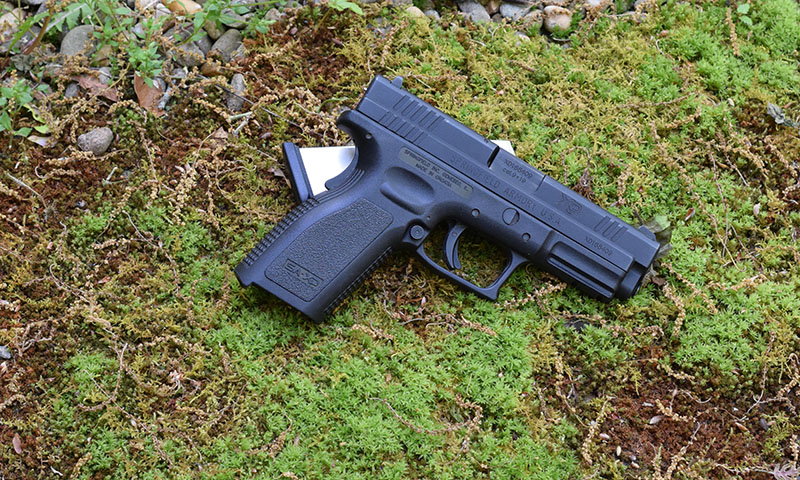 Yes, I still own it because I rarely go through the trouble of selling stuff. But, my thinking on this particular firearm has evolved and I no longer carry it for defense.

My thoughts on the guns and gear I choose have changed greatly from when I first started carrying. I've written at great length on why I thought the above-pictured pistol was perfect for new concealed carriers and I no longer hold that position. I suspect that too can be another story for another day.

Let's discuss what my current setup is —

My current go-to concealed carry firearm is none other than the SIG Sauer P365XL that is pictured at the top of this article. This pistol feels right at home in my hand, like it was born to be there. It's ultra flat shooting with minimal muzzle rise, allowing for faster follow up shots.

It just disappears on my body, which is the entire point of concealed carry anyway, so that's a huge plus. I'm a big fan of the rear sights complete with small dots as well as the front night sight that draws my attention.

The trigger break is also perfect for my style of shooting and all of the above traits help me put consistent rounds on target.

You can read more on the differences between the 365 and the 365XL here, if you've never heard it before. I prefer the XL, but have got a lot of trigger time behind both models, and they're both great guns. 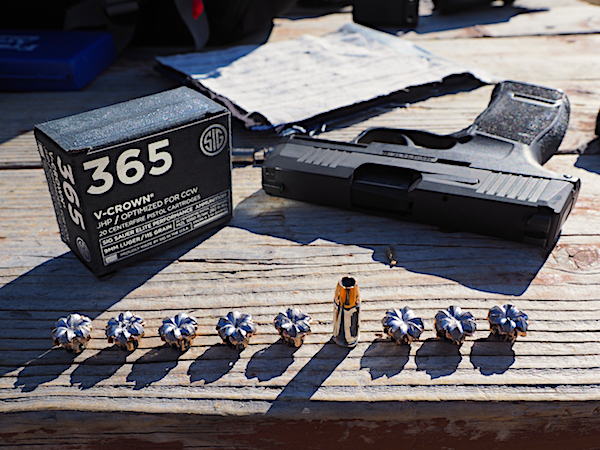 The SIG P365 performs exceptionally well with the 365 V-Crown 115 grain loads optimized for a gun like the P365. The 365 V-Crowns also performed very well in ballistic gel tests for a defensive load.

My carry ammo, the rounds that are in my magazines right now are either SIG V-Crown jacketed hollow points (like the above pictured) or Federal HST. The main reason why is because they both show consistent expansion and performance both of which are absolutely necessary for a self-defense gun. 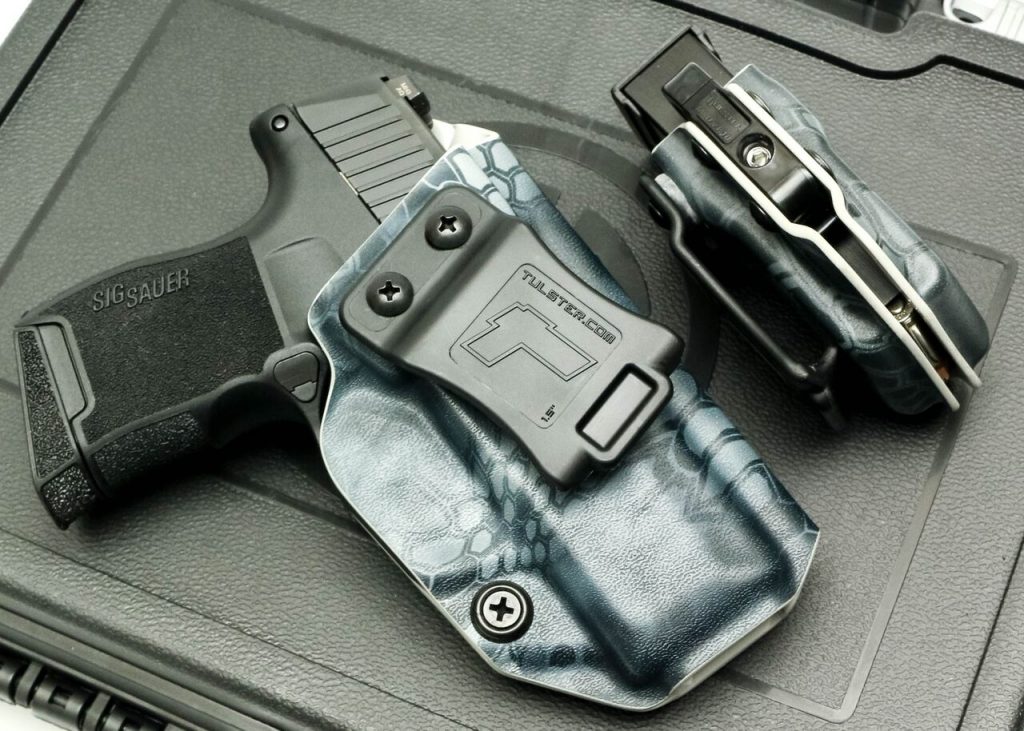 I currently have a few holsters for this gun that are molded to fit it, as well as a couple that aren't specific to it. The Kydex holsters are either a Tulster (like the one pictured above, though I think that's Matthew's pic) or a Concealment Express. I have also carried this pistol in a JM4 Tactical Holster, as well as the Brave Response.

What I carry in depends largely on what I'm doing, wearing, etc. The main point is that I've grown comfortable drawing out of each of these holsters and continue to practice with them on a regular basis.

I urge you to also practice drawing your gun from your holster as often as possible. 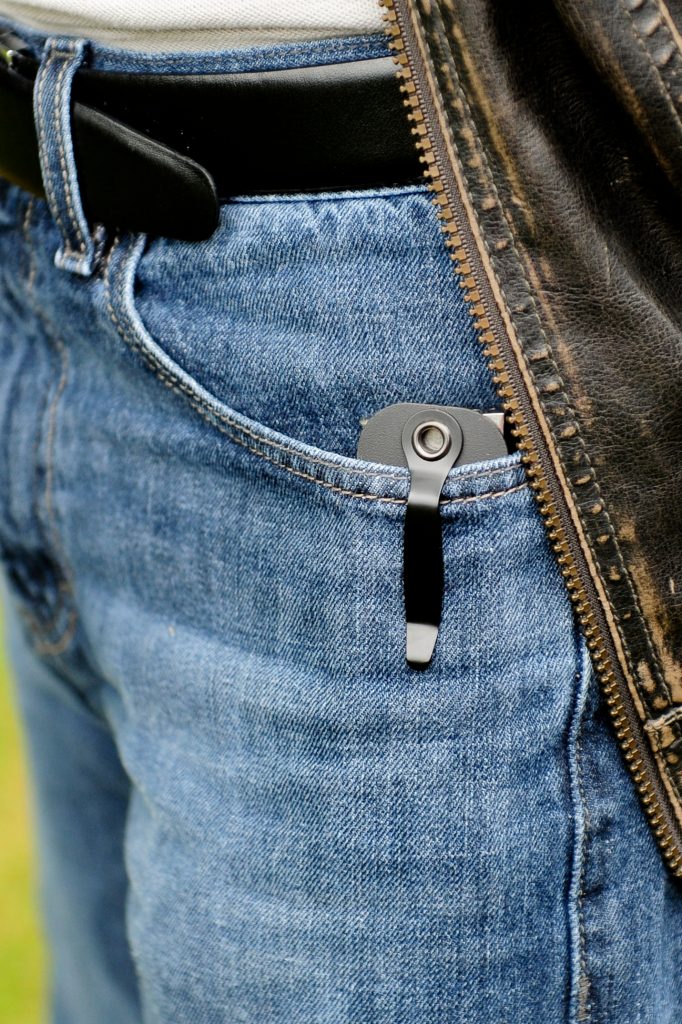 I've been favoring the Snag Mag as of late because I hate stuff on my waistline. I'm big as it is and don't need anything else to get caught on things but also feel the need the carry extra ammo.

So, the Snag Mag drops into my pocket and I call it quits. There was a bit of a learning curve here, but as I practiced with it I got better at getting it out with speed.

That about does it for my EDC self-defense setup. There are other things I carry, like a knife, light, etc., but as far as concealed carry goes, this is my gear.

How about you? What are you currently carrying? let us know in the comments below.

19 Responses to What I’m Carrying Right Now, In Which Holster, And The Ammo I Trust