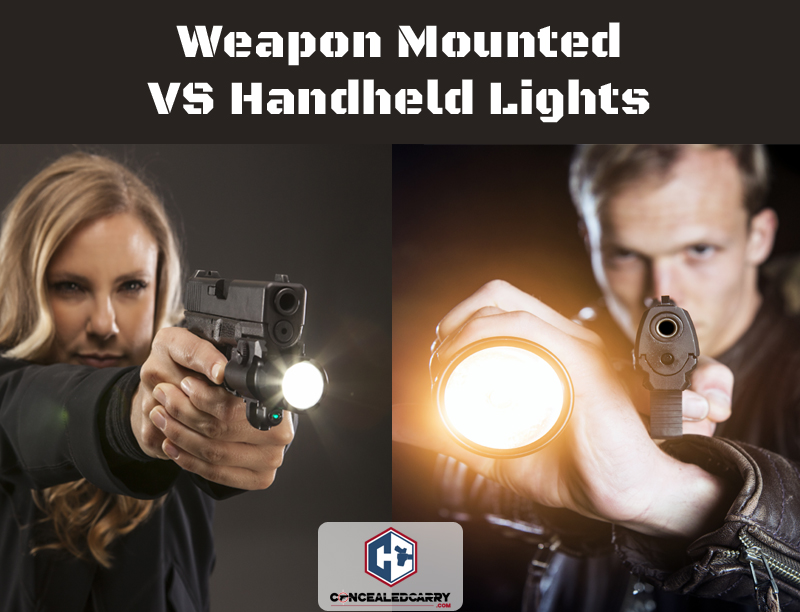 Do you want a handheld or weapon mounted light?

The answer is both. The debate over which light you should DEPLOY is not a debate over which is BETTER over the other. It is best to have both a handheld and a weapon-mounted light because both have their own independent advantages and if I have both tools then I can use the best tool for the job at hand. Additionally, if I have both and one fails I have a backup light. What follows is a discussion about the situations in which one or the either may be the better tool for any given situation.

Some Things That Should Go Without Saying

Regardless of handheld vs weapon-mounted lights when we talk about a tactical light there are some things that universally matter. Tactical lights need to be simple to use. Good shooters understand the challenges of anything that requires fine motor skills in a life-threatening situation. Use a tactical light that doesn't require fine motor skill. Having to tap or click the activator multiple times to get to the setting you want, or having to turn the head of the light, or anything else that requires brain use and decision making is generally futile in those environments.

There is value in having the option of momentary on. All my tactical light have momentary on options and of course a constant on option. I don't see any application in a tactical scenario to be switching between different brightness levels or using strobe, etc. Just momentary/constant on with a really bright light gets the job done for me. Handheld lights often have a lot more features and complexity than weapon-mounted lights so you may need to be more selective in the shopping process.

In 2017 I took a low-light carbine class with Kyle Lamb and used a rifle mounted light that had a brightness adjustment button. I accidentally turned down my light brightness about 10 times during that 2 day course and I learned an important lesson about simplicity.

Also, remember that once you are engaged in a gunfight, the purpose of the light is no longer to search a dark space but simply to illuminate the target area while shooting. Nothing more.

Lastly I would remind readers that regardless of the tools you choose to own and deploy in a gunfight, getting formal training in their use, and then doing repeated practice is key to a positive outcome. Luckily the use of lights is easy to practice in a “dry fire practice” environment and you shouldn't have trouble getting practice hours in.

The obvious advantage of a weapon mounted light is that inherently if you have the firearm you have the light.

Weapon mounted lights vary in terms of how they are activated. Some may have switches, paddles, or may even automatically turn on just by assuming a grip. Regardless they are designed to be easily activated when assuming a proper grip and generally you should even be able to activate the light when shooting with a single hand.

In any of these situations, you still can activate your weapon mounted light and see your target.

Should you have both hands available and are able to assume a strong, two-handed grip then your using a weapon mounted light affords you a stronger grip.

There are two different functions of a light in a tactical environment. One is to verify there is a target. Searching in a dark space confirming if you do or do not have a threat. The second purpose is to illuminate the target.

If all I need the light to do is illuminate the target so I can more quickly and effectively put shots on target then a weapon mounted light performs better both because it allows me to establish my best grip but also because it is designed and installed so as to perfectly illuminate whatever I'm aiming the firearm at.

Handheld lights have a much broader application than weapon mounted light for obvious reasons.

It is unsafe and considered a bad practice to search a dark area with a weapon mounted light. If you find a family member, animal, or other non-threat you have just muzzled them with your firearm. A handheld light affords you the option of keeping the firearm at a low-ready while using the other hand to search the dark area.

In a dark space when a threat is potentially also trying to identify and find you in the darkness, turning on a light can communicate to the threat your exact position. Using a handheld light allows you to offset that light from your body to some degree, hopefully drawing incoming fire away from your center mass. 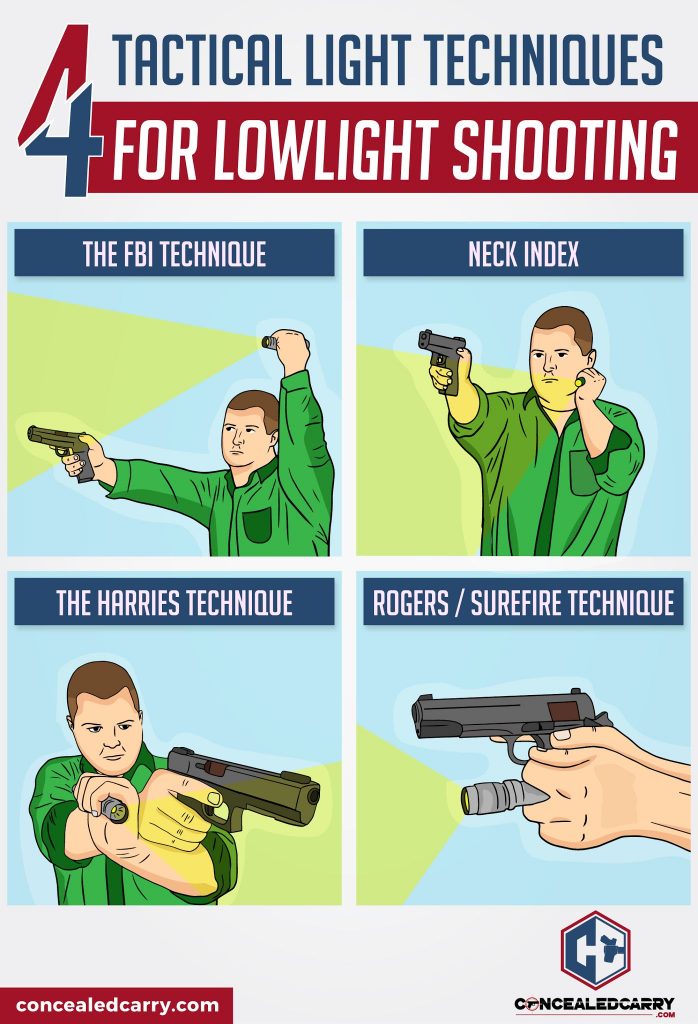 Ultimately the handheld light should be your primary source of light until you choose to engage a target and then if you have a weapon mounted light available it is likely the best tool to illuminate your target.

Flashlights are handy regardless of life-threatening encounters. Every day I carry a flashlight, pocket knife, and a firearm. Which do you think I use the most often? The pocket knife and flashlight get used several times a week in the course of normal life.

So, I'm inclined to suggest that a person should always carry a handheld light. There are a lot of smaller, easy to carry, EDC lights on the market but I've always loved the Streamlight Microstream.

For me personally, I keep a weapon mounted light on my home defense firearm but not my daily carry firearm.

What ideas do you have or what do you think I missed in this discussion? Let me know in the comments below!

What does Supreme Court Justice Nominee Brett Kavanaugh Stand For Regarding the Second Amendment?
How To Draw From Your Concealed Carry Ankle Holster